Military veterans came from near and far to honor the sacrifice and celebrate the life of Linwood Stanley Broach.

The turnout of veterans, including many who didn’t even know Linwood, was a touching final gesture to the Purple Heart recipient.

“I know if he was alive, he would be thrilled,” said Rebecca Broach White, one of Linwood’s daughters.

Linwood, who lived in Richmond, Virginia, died on Monday, July 22, at the age of 95. His grandson Mark White said his grandfather served with the US Army between 1944 and 1946 with the 26th Infantry in Gen. George S. Patton’s Third Army.

He said that his grandfather was wounded in combat twice and earned a Purple Heart.

“He was one of the best out there,” said Mark of his grandfather.

Linwood’s family invited any active duty military or veterans to the funeral to help them give their beloved patriarch a final goodbye. 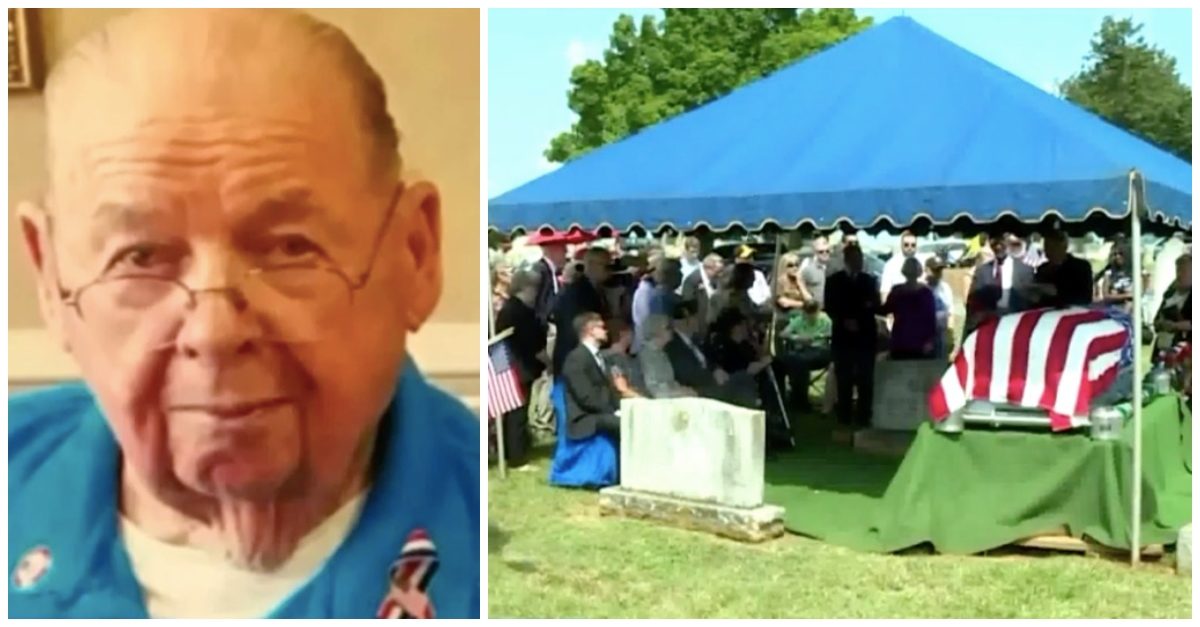 The response and turnout was more than what the family expected.

Dozens of complete strangers showed up at the WWII veteran’s funeral to honor his service to the country. Besides family, attendees included members of the First Baptist Church in Richmond (where Linwood was a member), Second Presbyterian Church of Richmond (where his daughter is a member), Disabled American Veterans, American Legion, Combat Veterans Motorcycle Association, and Veterans of Foreign Wars.

Watch the clip of this touching sendoff and tribute to the life of World War II veteran Linwood Stanley Broach.