A couple in Pennsylvania is using their vehicle to care for and inspire our veterans and sick children.

Steve and Pamela Barry customized their Chevy Equinox with American flags, faces of veterans, and children. It’s covered in detailed art representing branches of the military and superheroes alike.

This SUV, however, is not for them. The couple decked out this vehicle to give free rides to children and veterans in Adams County, Pennsylvania.

“Steve had this idea and said, ‘I want to help people,’” Pamela said. “My idea was the flags down the side of the car, and I wanted them battered and worn and dirty because these kids are fighting for their lives. Our soldiers are fighting for us.”

The pair bought the SUV with their own money, with plans to give rides to and from doctor’s appointments to critically ill children and veterans who’ve been wounded. 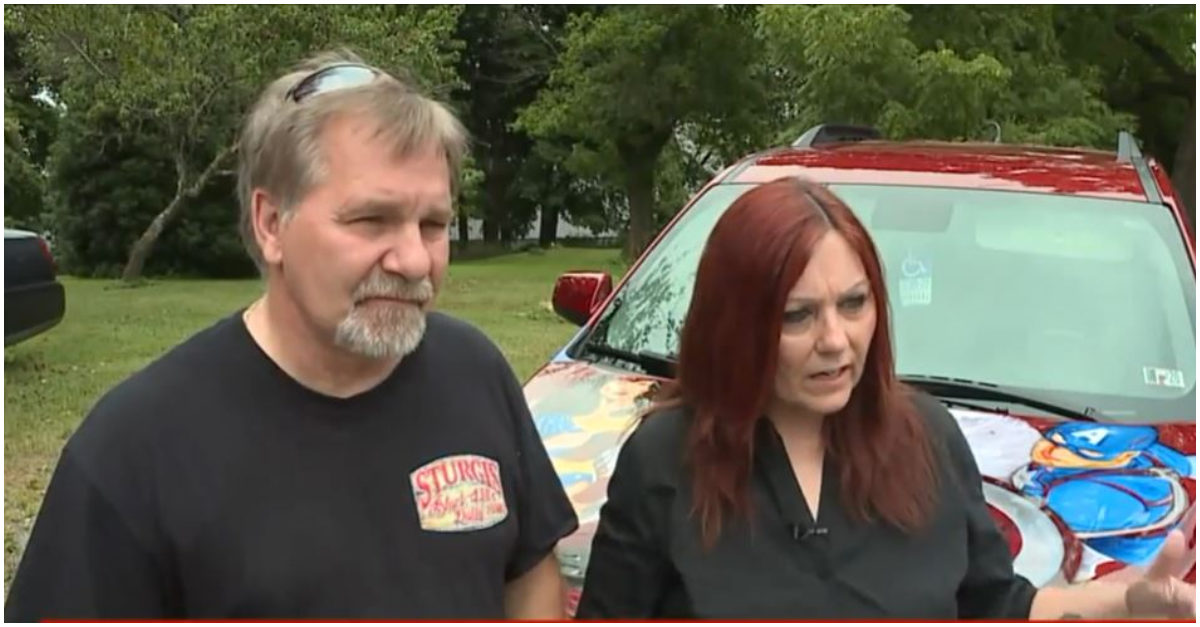 “Losing their cars because of medication and bills, stuff like that, so they have no ways to get their kids to treatment,” said Steve.

Todd Kint and Keidesigns designed the vehicle for them.

“I’m one of the type of guys who likes to pay it forward, and what they are doing I was like, ‘I want do to that,’” said Keidesigns.

“My friend’s daughter that’s on the back of the car. He’s a veteran. My grandfather is a veteran; he’s on the hood of the car. And it’s just something I wanted to do to help,” said Todd. 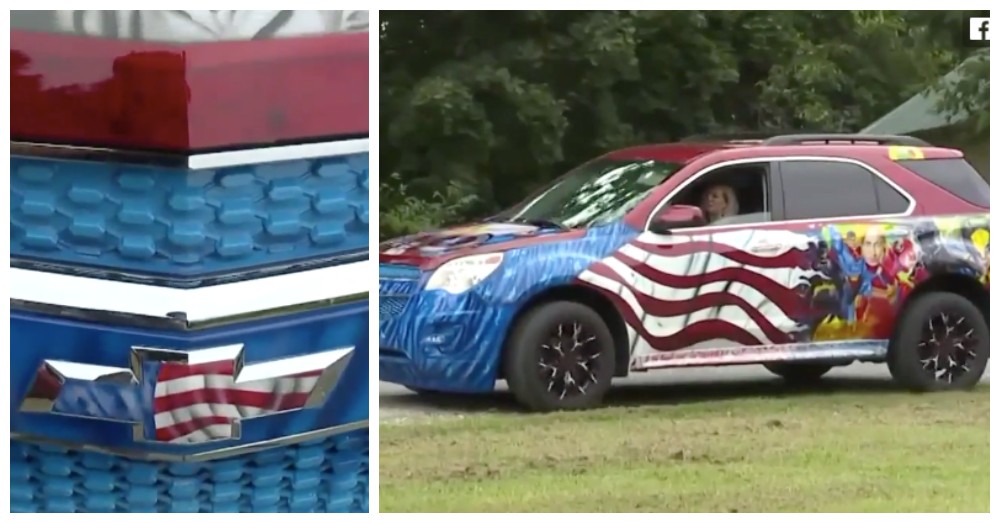 The design and execution took two months, but Steve and Pamela wouldn’t do anything about it differently.

“It’s what you do. We’re blessed,” smiled Pamela.

Watch the video to hear more of this story, including why the Barrys chose an Equinox for these special rides.