While that story might be a bit of a myth, it’s the one most of us know.

But what about the current American flag — the one that we all know so well and buy in some form every year for the Fourth of July? These flags are not, of course, made by individual seamstresses any longer. Instead, they are mass-produced in facilities both within the US and abroad.

Each year, over $5 million worth of US flags are imported into the country for Independence Day.

Most of these flags are made in China, ironically.

But some American flags continue to be made with love and care right here in the US. For American flag manufacturers, the work carries much more meaning than just the creation of a product. 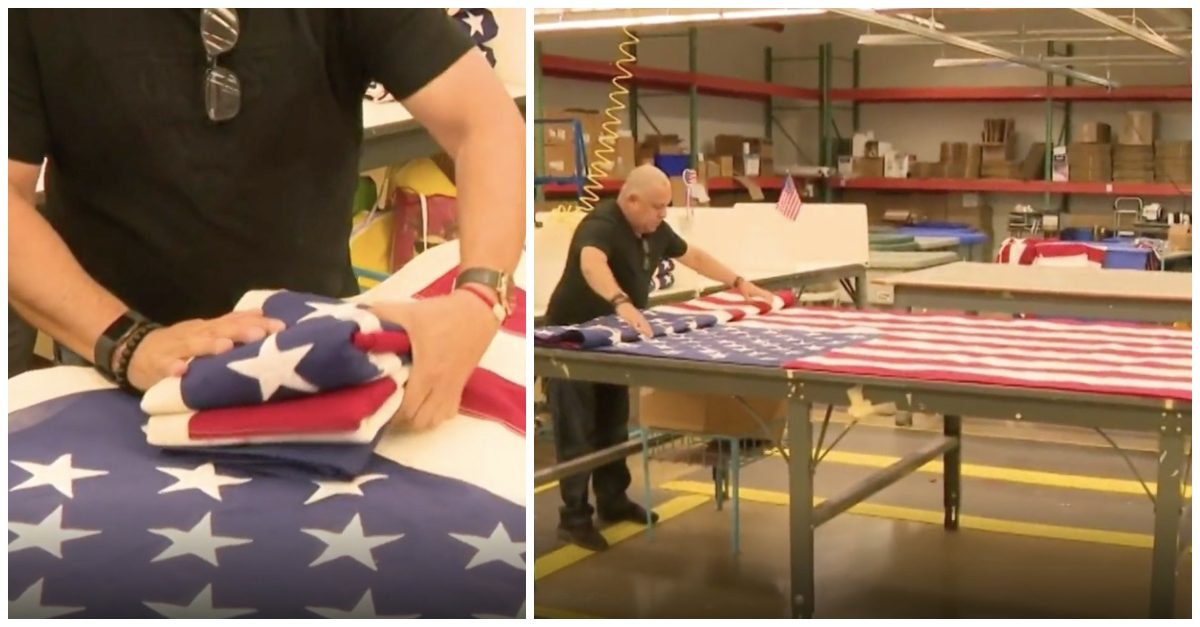 “We make the most emotional cloth on earth,” Chris Binner of Valley Forge Flag told The Atlantic.

At one flag manufacturing facility in the Southeast US, workers sew American flags for the caskets of military funerals. They make about 350 flags per day and 70,000 flags per year, which they then send to the Department of Veteran Affairs for distribution.

This facility’s machines are the oldest of their kind in the area, in use since 1924.

Watch the video to see how the employees at this facility create American flags from scratch!