Two kids got the surprise of a lifetime during what they thought was a regular school day.

Levi and Lily Simpson went to their respective schools like any other day, not knowing that their parents had planned something special for them.

Their father, Master Sgt. Kent Simpson, had just arrived home in Oklahoma after being stationed in Afghanistan for six months. That half a year can feel like forever to young kids.

Kent decided to make his homecoming special by surprising his kids at their schools.

First, he went to his son’s elementary school. During an assembly, staff called Levi onstage by pretending to pull his name out of a hat for a special surprise. 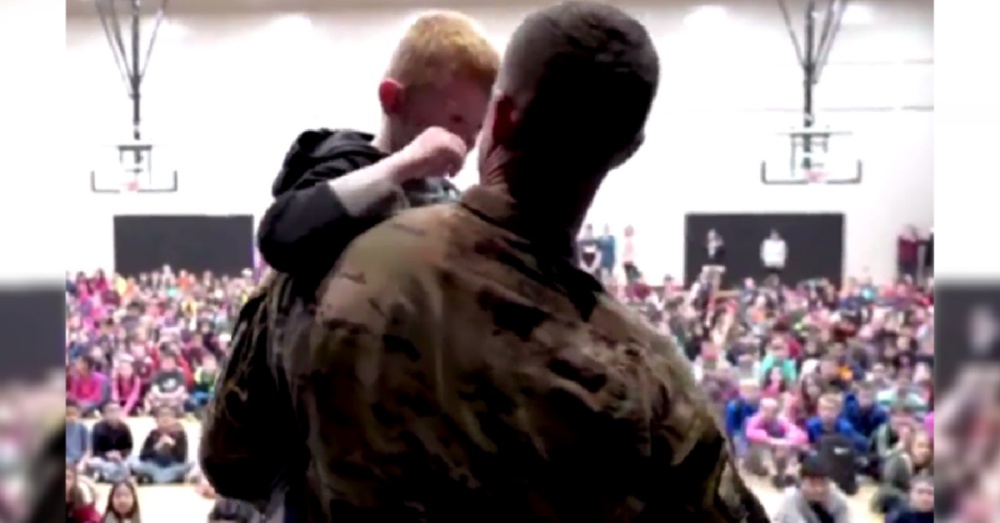 When he got up there, his dad walked out on stage. Levi excitedly screamed for his daddy and ran over to give him a big hug. He even spilled a few happy tears over the special moment.

Next up was Lily. Her school teased the arrival of a special guest during lunch. Her dad hid in a janitor’s closet while it was all set up. When she finally saw him, the young lady ran across the cafeteria to get to him.

The sweet reunion is the beginning of a special time for the family. Kent will be enjoying two weeks of leave, catching up with his wife and kids.

Being a military family isn’t easy, so we thank the Simpsons for their sacrifice and Kent for his service.

Take a look at this touching reunion in the video below!