Veteran Dad Struggles With Stammer While Reading Out Loud, So Daughter Helps Him With Some Words

Many of us think that being able to speak clearly and confidently is a given ability. We take it for granted on a daily basis, in every conversation we have.

But what may enable us to appreciate our abilities so much more is one dad’s struggle to read to his daughter.

Lance Lambert is a veteran from Texas. He has survived two tours in Iraq, but he is still trying to overcome the biggest hurdle yet: reading to his 6-year-old daughter, Avery.

Lambert has a stutter, which he’s had for his entire life. It’s left him depressed and sad at times, especially when he realized that reading a bedtime story to Avery would be more difficult.

He’s even apologized to her for it. But she just brushed him off, telling her dad that it made her love him more.

In the home video featured in this clip, Lambert reads Aladdin to Avery. 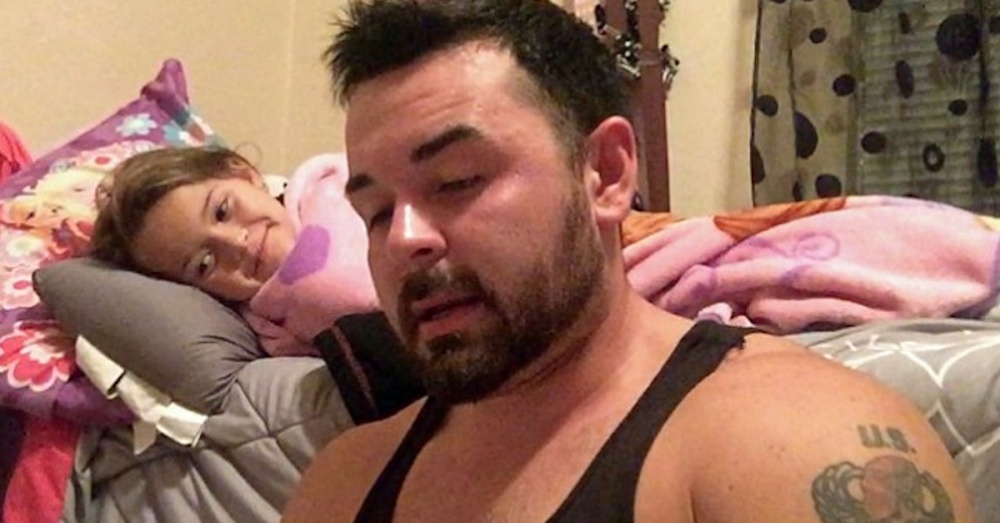 It’s touching to see them together: she even lovingly helps him with the words he’s stuck on.

If anything, it’s his daughter’s love and understanding that is helping the veteran overcome this hurdle one step at a time, especially when he’s not feeling as confident about being a good father.

He’s hoping that his touching videos will help other people with stutters, especially parents, and raise awareness about the condition.

Watch them together in the video below, and please SHARE if the love between this father and daughter touched you!