A colorblind firefighter, Spencer Caradine, recently saw color for the first time — and the very first thing he saw was the American flag.

Spencer was so overcome with emotion that he started crying, and his friends captured the touching moment on camera.

Spencer, 21, works as a firefighter at the Douglas County Fire Department in Georgia. He didn’t know he was color-blind until last December, when he was on a hike with his roommate, firefighter Jordan Gardner. When the two friends realized that Spencer was color-blind, Jordan immediately began planning a surprise for Spencer.

Over the next few months, Jordan made Spencer take a variety of color-blind tests.

Jordan said he wanted to learn more about Spencer’s condition, but he was actually planning to buy him EnChroma glasses to help him see in color for the first time. Jordan told the rest of the fire department about his plan, and they all chipped in to buy Spencer the glasses.

On the Fourth of July, Jordan surprised Spencer with the glasses. He brought him outside before gifting him the glasses to ensure that the first thing he saw would be the American flag hanging on a firetruck. 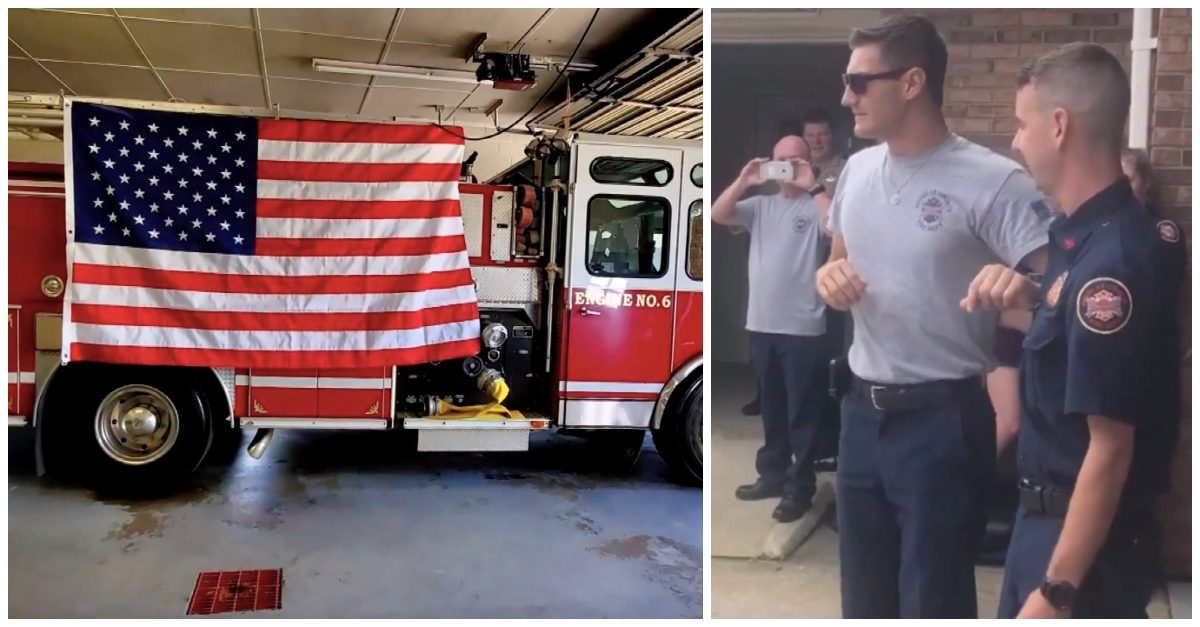 “I didn’t know how to explain why we had a 6-foot-by-10-foot American flag hanging off the side of the engine. I was like, ‘This is your first Fourth of July at the station. We’re having a big breakfast, that’s just what we do at the firehouse.’ Neither of us are emotional people at all and we both cried.”

Now Spencer wears the EnChroma glasses almost all the time. His firefighter buddies got him a coloring book and a ton of colored pencils to help him learn his colors. They’ve also been taking him all over to experience new things — like fireworks, an aquarium, and hiking — with the glasses.

Watch the video to see the emotional moment Spencer saw the American flag in color for the first time!