Specialist Paul Roell was stationed in Kuwait. The Army National Guard member had been away from his wife and kids for nearly a year.

Ian and Hailey wished they could spend the holidays with their dad, but they knew he’d be there with them in spirit. They weren’t expecting him back home in Indiana until January 2020.

But then their mom, Stephanie, learned Paul would in fact be coming home for Christmas.

“They didn’t give the soldiers their flight info until 20 minutes before they had them leave the barracks,” she told WXIN Indianapolis.

The staff was immediately on board and started brainstorming ways to catch Ian off-guard.

Meanwhile, Paul flew home — and actually had to hide out inside their house just so Ian and Hailey wouldn’t see him before the big surprise! 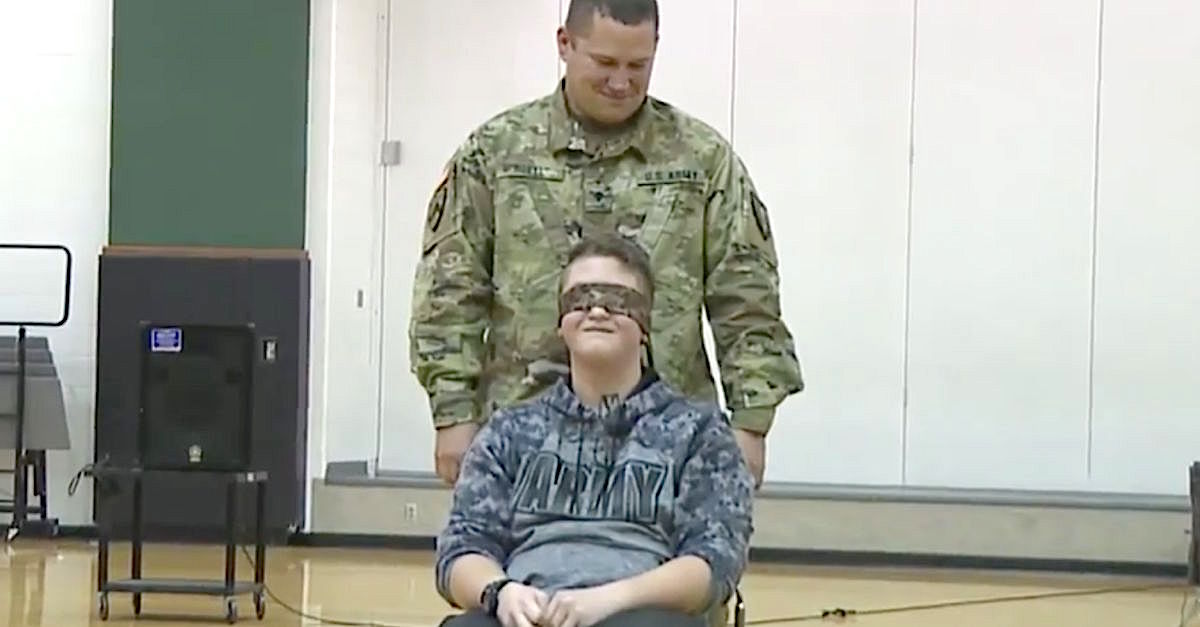 Around lunchtime the next day, teachers brought the students to the gymnasium under the guise of “playing games.” They also invited Hailey to stop by Ian’s school and told her she’d be watching her younger brother win some kind of award.

During one of Ian’s games, he was seated, blindfolded, and asked to guess which of his teachers was standing behind him.

When he turned around to see who it was, he discovered that it was his dad!

Watch this heartwarming reunion in this video.