Deceased Son’s Memorial Is Stolen Off Lawn, Then Mom Sees A Different One In Its Rightful Place

Garrett Wonders was a naval officer and nuclear engineer, and excelled at it. But his true passion was biking. He was an avid biker and a dedicated member of his cycling team.

At age 25, Garrett died tragically while on a training ride in South Carolina.

His grieving parents, John “Jay” and Shelley Wonders, wanted to find some ways to honor their son’s legacy. The Garrett Wonders Birthday Bike Ride is one way; it helps helps raise money for a scholarship fund in his name.

After Garrett’s death, Jay and Shelley placed one of his old, broken bicycles on the front lawn of their home in Warren, Ohio. It served as their Christmas display that year, but they decided to keep the bike there as a memorial after the holidays were over.

It remained on their lawn for the next 15 years.

You can imagine the devastation when Jay and Shelley discovered the beloved bicycle was suddenly gone. Someone had stolen it. 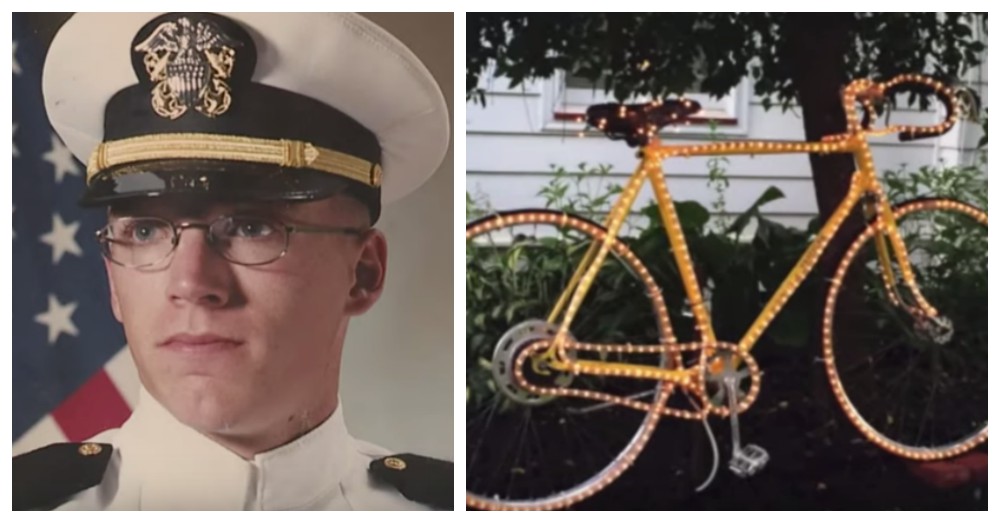 Garrett’s family took their story public in the hopes that whoever took the bike would realize that, while it’s too beaten up to use as a mode of transportation, it was a tribute to their son and provided them with a sense of comfort.

Then the owner of the same bike shop where Garrett got his bikes as a little boy heard about the heartless theft.

Jay and Shelley say the next gesture has restored their faith in humanity.

Learn more in this video!