Janice Hall struggled to get her walker full of grocery bags back home in the Oklahoma heat. The 71-year-old woman had been out running errands all day without a car.

After making stops at the post office, Walmart, and the bank, she still had two more miles to trek before she reached home.

Janice is used to getting around by herself without a vehicle, but this day was particularly hot and humid. It was very clear she could use some assistance along the busy road, but everyone just kept driving past her.

That was, until Jibril Jennings, an airman from Tinker Air Force Base, drove by.

The airman spotted Janice and quickly realized she was being ignored by his fellow drivers.

“There was a human being in the middle of the road that obviously needed help, and everyone was just driving past,” Jennings said.

He refused to pass her by without doing his part to help. So he pulled over and started loading Janice’s grocery bags into his trunk. 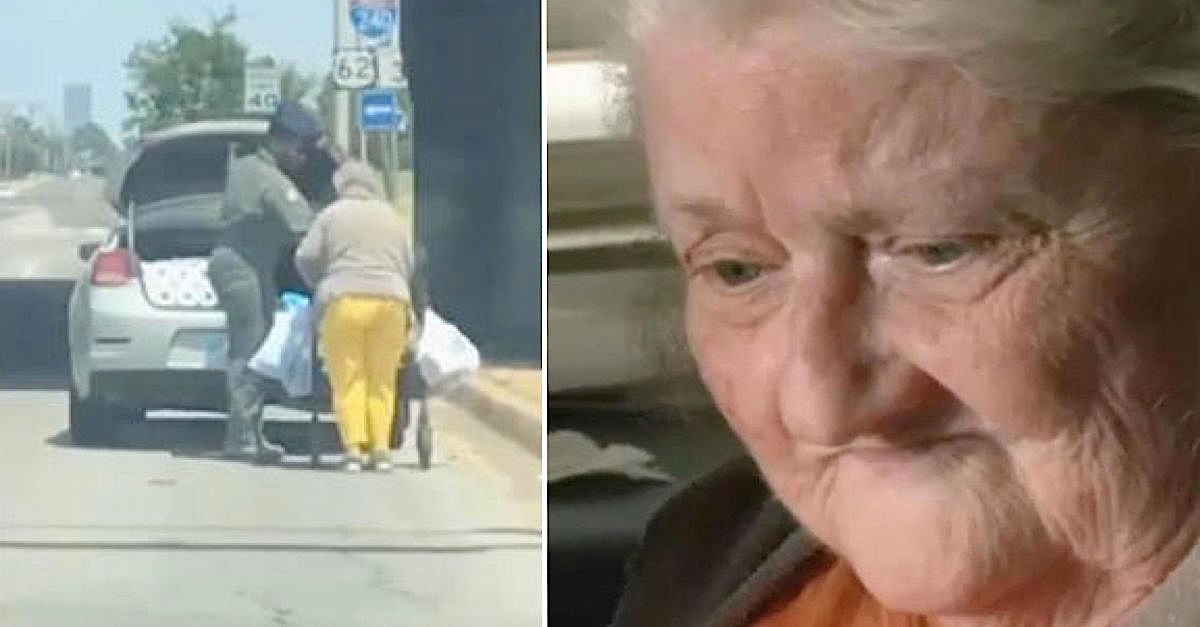 Meanwhile, they had no clue another driver had pulled up behind them, recognized Jennings’ act of kindness, recorded it, and then posted it online, where it went viral with millions of views.

The person who filmed this heartfelt moment watched as the pair got into Jennings’ car and drove off toward Janice’s home two miles down the road.

Jennings doesn’t think that what he did should be lauded as a big deal.

“I don’t think this is a hero’s moment,” he said. “I think this is something anybody should be able to do. If this qualifies for a hero, anybody could be a hero.”

The story isn’t over there, however, because during this impromptu car ride, a very special friendship began to form.