Air Force Dad Begs Daughter To Teach Him Her Cheers, Now He Nails Every Routine From The Stands

Hekili Holland is an Air Force captain who has been deployed on several occasions, causing him to miss many of his kids’ important milestones.

Now that he’s back home in Virginia, Hekili loves nothing more than being home with his family and supporting his three daughters at their various sporting events and championships.

Hekili’s 15-year-old daughter, Mackenzi, has been cheering since the fourth grade. She’s currently on the cheerleading team at York High School, showing her spirit for the beloved Falcons.

Every time the Falcons score a touchdown, the cheerleaders perform one of their signature routines.

In an effort to show support for his daughter and her school, Hekili tried to learn her cheer routine so he could perform it from the stands — but he couldn’t learn it on his own. 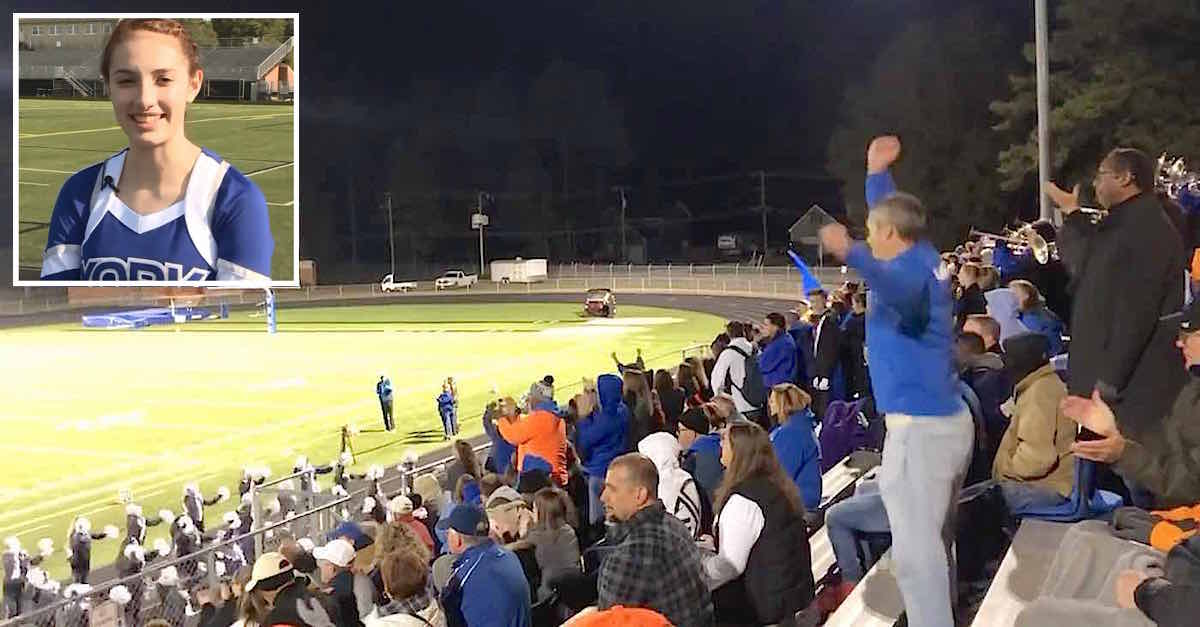 So he insisted that Mackenzi teach him the steps.

“I said one day, ‘Teach me the dance or I’m not leaving your room,’” he said.

At first, Mackenzi worried his antics would embarrass her in front of the school, but then she had a change of heart. She finally obliged and walked her doting dad through the cheer moves.

“He puts a smile on my face. I have a big smile when I see him do it,” said Mackenzie.

Hekili and his cheer moves have since gone viral. It’s no wonder Mackenzi says she couldn’t be prouder of her supportive dad.

Watch the video to learn more and see Hekili in action!