The tango is a vibrant, expressive dance. It’s known for its level of difficulty as well as the sultry, playful movements.

And the tango is very important, as it’s one of the most popular dances across the world. The dance is influenced by cultural aspects of European immigrants, South American natives, and former African slaves.

Previously considered the dance of the lower class, the popularity of the tango has grown. About 744 couples from 36 nations entered the dance competition, representing countries including Italy, Hungary, Chile, and Colombia. James and competitors squared off in the floor and stage categories.

The World War II veteran says he took up the ballroom dance when he was in his 80s in 2002. 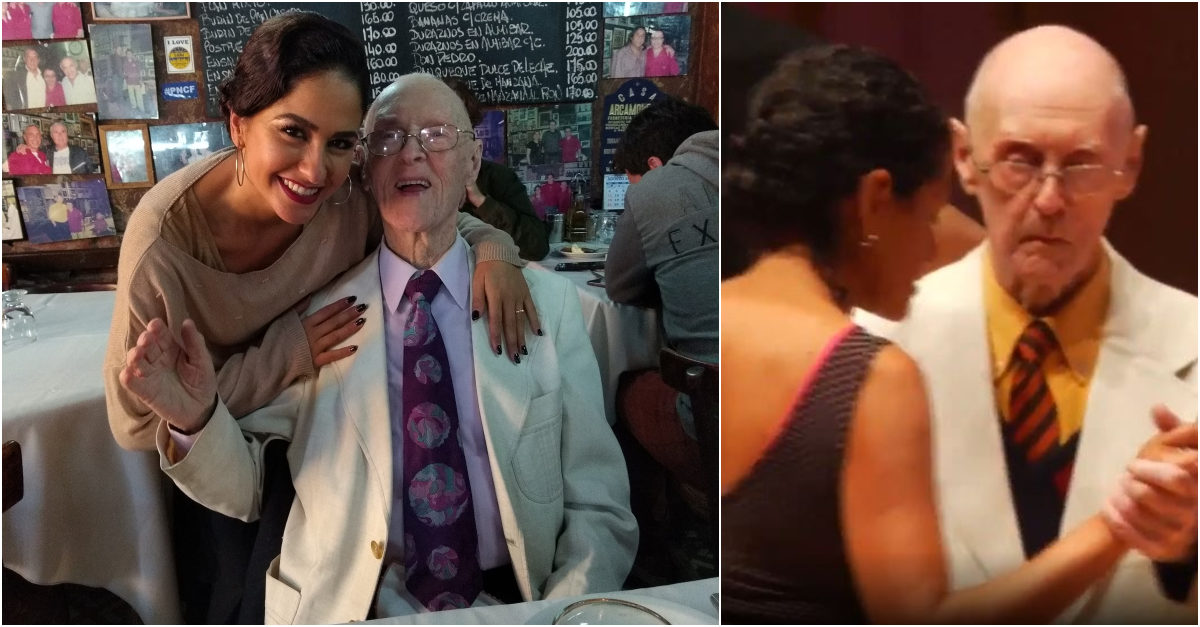 His dance partner, Lucia Sevia, gushed about her partner on Facebook, saying, “Everyone wants to take pictures with James at the festival. Everyone wants to talk to him and listen to him. What an example! How much we can learn from him.”

The tournament is part of Argentina’s International Tango Festival, which is the largest tango event in the world.