When Bartholomew “Bennie” Ficeto turned 98 years old, his workplace honored him by throwing him a surprise birthday party.

The Stop & Shop provided the hardworking veteran with delicious cake, a special birthday button, and USO singers who performed songs from the 1940s.

Bennie is a bag boy at the Stop & Shop in Edison, New Jersey. Although he’s nearly 100 years old, he has no plans for retirement. Bennie absolutely loves working — he likes the people he works with, the customers he serves, and the feeling of putting in a hard day’s work.

He’s been that way since he was a teenager. At 19, Bennie joined the US Air Force as a pilot. He served in WWII, “flying a B-25 Mitchell medium-range bomber over North Africa and Italy,” reports Inside Edition.

After the war, Bennie had a variety of jobs. Eventually he retired, but he quickly became bored. 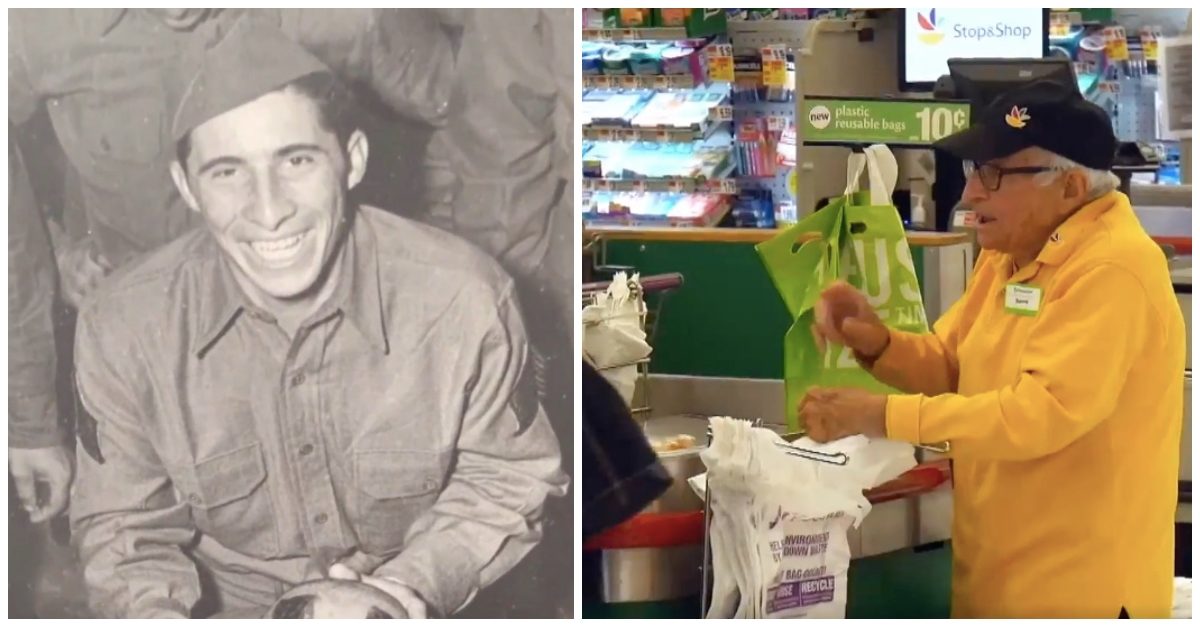 Now he works two four-hour shifts per week as a bag boy at Stop & Shop. His boss, manager Sal Marconi, has only positive things to say about Bennie.

“Bennie’s got a great sense of humor,” Sal told CBS News, per Inside Edition. “He loves his job. He’s a great inspiration and morale booster for everyone else.”

Not only that, Bennie doesn’t take his scheduled breaks! Instead, he prefers to work right through them. For his surprise birthday party, Bennie’s bosses and coworkers had to force him to stop working to come celebrate!

Watch the video to see Bennie in action.