96-Year-Old WWII Pilot Is Nervous To Fly, But Once He’s In The Air, Memories Come Flooding Back

Bob Brocklehurst enlisted in the Army Air Corps before the United States even entered World War II. He served nearly 30 years, including two tours in Alaska — flying the P-40 Warhawk, P-47 Thunderbolt, and P-51 Mustang through some of the roughest and most dangerous flying conditions in the world.

According to Press & Journal, “The Detroit native was recognized frequently during the war for his skill as a pilot and his leadership. He was promoted to first lieutenant ahead of his classmates, was a major by age 22, and received his commission as a lieutenant colonel by 1945. Brocklehurst never lost his passion for being in the air. He celebrated his 65th birthday by skydiving.”

Bob’s beloved wife Lillian passed away in 2005. Life without her hasn’t been easy, but when he’s up in the air, he feels closer to her. 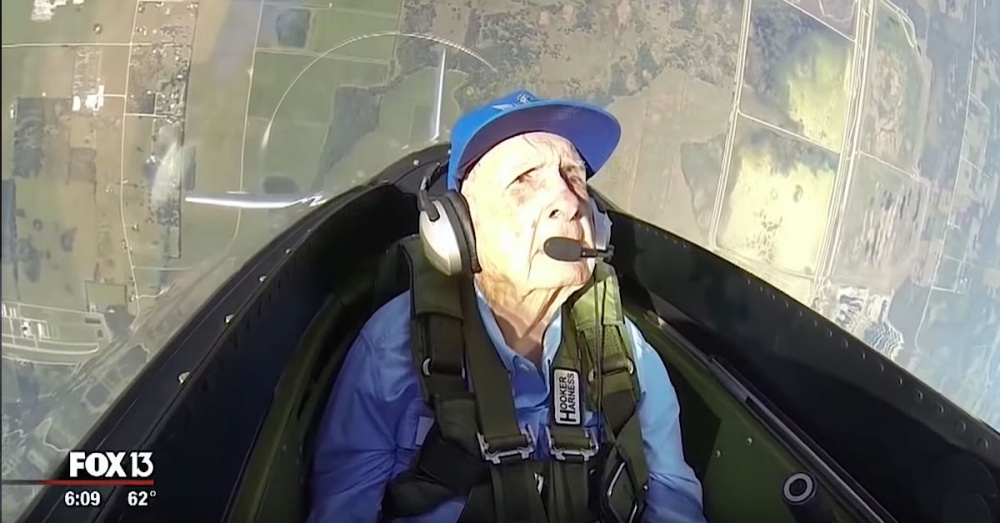 And so, in February 2017, Bob made viral video history at the age of 96 by copiloting a plane similar to one he flew during the war.

Thanks to the Collings Foundation, Bob took flight from Tampa. He might have looked calm, but he was admittedly nervous. However, all that went away once the plane took off.

It wasn’t long before the memories (and amazing tricks) came flooding back to him.

Onlookers were delighted to see Bob, once again, achieve loops and even a barrel roll high up in the sky.

See the emotional moment in the clip below. What a true American hero.