“They are continuing their family’s legacy of service.”

These are the words spoken by Fire Department of New York Commissioner Daniel Nigro, who recently helped usher in the 301 graduates of the FDNY Training Academy.

Thirteen of them — twelve men and one woman — are the children of firefighters who died in the terror attacks of September 11, 2001.

According to the New York Post, “The historic group of at least 16 ‘legacy’ probationary firefighters also includes the son of an NYPD officer killed on 9/11, and the sons of two firefighters who died due to illness linked to their rescue and recovery work at Ground Zero.”

In addition to two sons of one fallen firefighter, there is also another set of siblings: the son and daughter of another hero, Carl Asaro of Midtown’s Engine 54/Ladder 4. Carl left behind his six children when he died on 9/11.

This isn’t the first time sons of fallen 9/11 heroes have joined the FDNY, though. 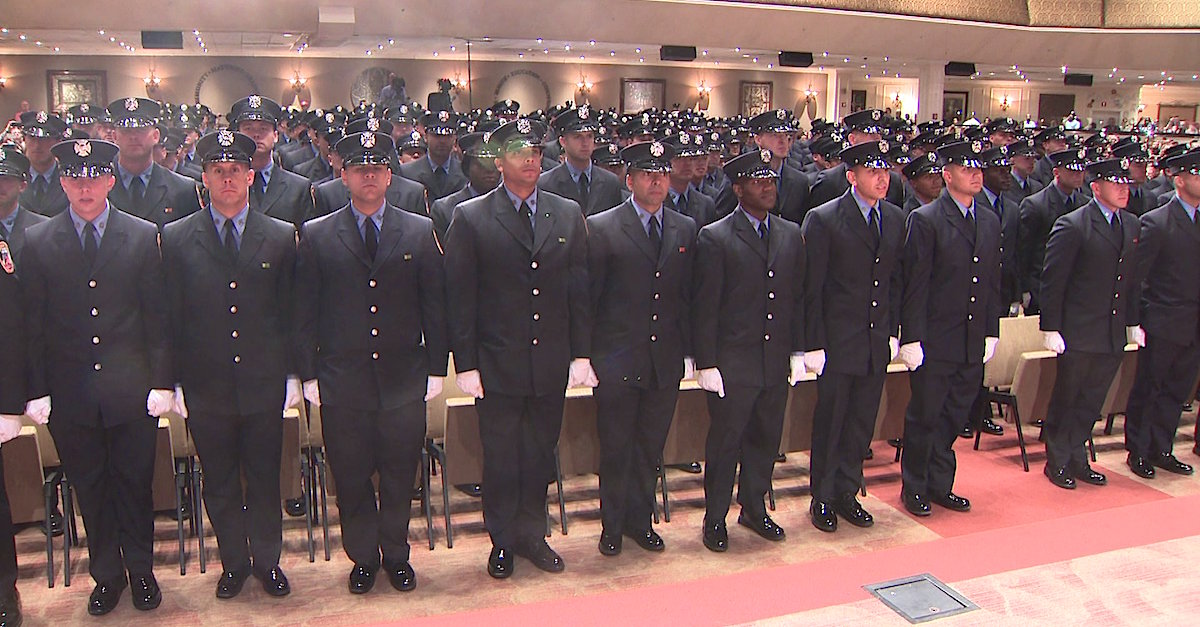 “This FDNY class has the most ‘legacy’ members since 9/11, though dozens of other sons — and one daughter — have previously joined the force,” said spokesman Jim Long.

We wish the very best for these graduates, and commend their families for their selflessness.