Air Force General Lori Robinson is now in charge of the U.S. Northern Command, making her the first woman to hold such a position and the highest ranking woman in the military.

NORTHCOM oversees the North American Aerospace Defense Command and holds a responsibility of defending North America from attack. Robinson, leading NORTHCOM, will head all military activity on the continent. 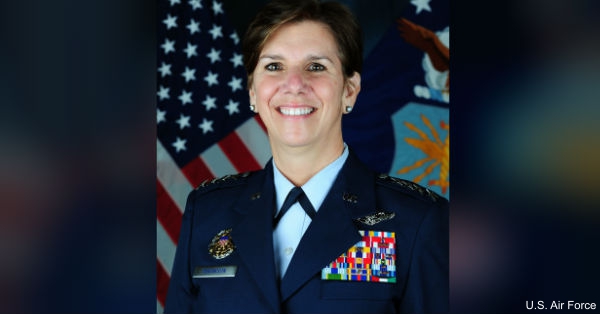 “She was selected because she was the most qualified officer,” said Defense Secretary Ash Carter. “I hope that the excellence she represents is an inspiration to women to join our armed forces.”

Robinson, who joined the Air Force in 1982, is known by many for her diligence and action. Between 2012 and 2014, she was promoted from two-star serving as deputy commander, US Air Forces Central Command, to four-star serving as commander, Pacific Air Forces, becoming the first female four-star to command combat forces.

“It is an honor,” she said. “I can’t think of a more sacred responsibility than defense of the homeland. And to be able to do that and be in this level of command is unbelievable.”

As Vice Commander of the 405th Air Expeditionary Wing, Robinson led more than 2,000 Airmen flying B-1 Lancer, KC-135 Stratotanker, and E-3 Sentry aircraft in Operations Iraqi Freedom and Enduring. And prior to her current position, Robinson served as Commander of Pacific Air Forces and Air Component Commander for U.S. Pacific Command from Joint Base Pearl Harbor-Hickam, Hawaii. Some of her other notable positions include:

As Robinson accepted her position with solemn dignity, she renewed her promise to protect the country and people she has served for so long.

“The world is more dangerous and North America is increasingly more vulnerable,” Robinson said. “I accept the watch.”

Today, 15 percent of the United States’ veterans are women. As service members, they are, in theory, entitled to the same benefits as their male counterparts, but in practice, this is far from true — VA hospitals are critically understaffed and unprepared to address medical issues specific to women.

Our female veterans deserve the same level of care and professionalism that goes into treating male veterans. Write today to Robert A. McDonald, the secretary of the Veterans Affairs Department, telling him to make sure women veterans get the care they need and deserve.