In 2013, 69 years after WWII was over, a group of scuba divers in training came across the wreckage of an American B-17F “Flying Fortress,” 54 meters beneath the surface of Lake Bolsena in Tuscany, Italy. The first thing they identified was the ball turret of the plane. On it they found a still recognizable, handwritten name: Lois Eileen. Just that name made it possible for a search in the USA Aeronautical Archives to identify the plane, its crew, the mission it was on when it went down and to reconstruct the fate of its ten crewmembers.

WWII was at its height in 1944. The Allies had landed in Sicily and at Anzio in their march toward Rome to retake then fascist Italy out of the war. Every mile was a bloody struggle carried out at great cost both on land and in the air over Italy. For one B-17 crew flying out of Amendola Airfield, part of the Foggio Airfield Complex in the Foggia Province of Italy, the war would come up close and personal on January 15, 1944. One of the B-17s in a fleet of 38 was named the Lois Eileen, after the wife of Sgt. Ralph Truesdale, the gunner who had handwritten her name on the canopy of the ball turret. 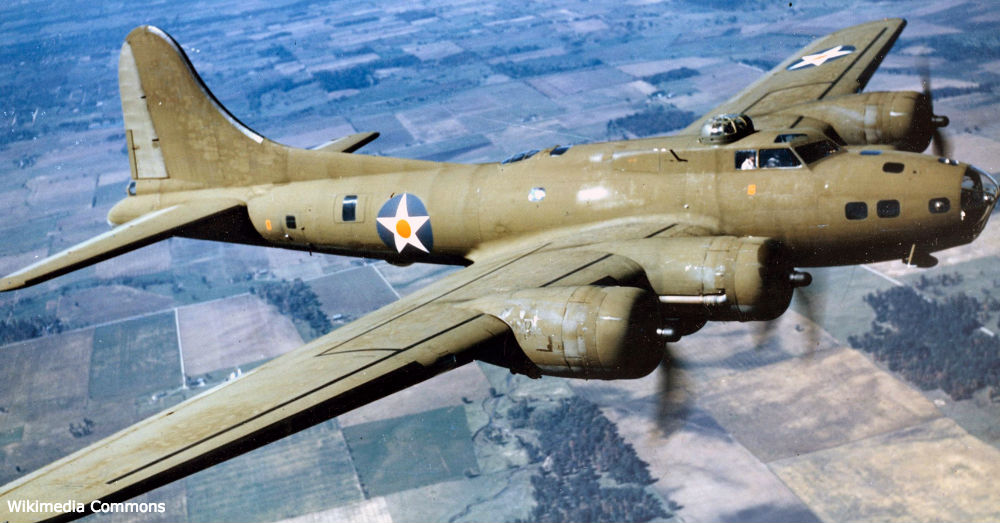 Their mission was to bomb a bridge in the town of Certaldo, which is south of Florence in Tuscany. As they flew over Sienna, they were hit with extremely heavy anti-aircraft fire and most had to turn back. The Lois Eileen was hit badly and lost two engines immediately. They were going down.

As they were descending, trying to regain control, they dropped their load of six bombs into Lake Trasimeno in an effort to lighten their ship. In the end, the ten crew members were able to parachute, but did not see where their plane eventually crashed.

Of the ten crew members, three were immediately captured and sent to POW camps. Sgt. Truesdale and another, Anthony Brodniak, traveled together for a while eluding capture, but eventually decided to go in different ways. Brodniak, then found another of the Lois Eileen crew, Bernard Scalisi, and kept moving with him. They eventually found their way to Rome and were hidden and protected by friendly Italian families.

Truesdale was eventually captured by the Germans and taken to a Transit Prison camp. He escaped from that camp and was able to elude capture for the next three months. All three of these men were able to come out of hiding when the Allies finally entered Rome on June 4, 1944.

Sgt. Truesdale and the others had been listed as Missing in Action (MIA) for five months by that time. When Truesdale resurfaced, he was told by the Army not to contact his wife in any way, until he got back to the States, according to wartime regulations. The Army officials assured him that they would let her know by wire that he was safe. The funny thing was that the official notice of his return arrived one day after Truesdale had phoned his wife to let her know he was OK.

Sgt. Truesdale had been overseas for ten months. In that time he had earned The Purple Heart, the Air Medal with two Oak Leaf Clusters, and the European Campaign Medal with three stars. He was also given the Presidential Unit Citation.

What’s in a name? In this case the name “Lois Eileen” opened up and revealed an incredible set of stories of wartime survival. It is a gift of pure luck that the remains of the B-17F, named the “Lois Eileen” would be found 69 years after WWII ended. Because it was, we can once again remember a crew, an iconic bomber, and the courage and resourcefulness of American fighting men from that era. They truly were the Greatest Generation.

The Veterans Site offers its thanks and its respect to those who fought and to those who died in that most costly of wars. The amount of blood and treasure that was spent and lost during that war is incomprehensible. But the courage, the skill, the dedication of those who fought it and those who supported it in the homeland made this country what it is. We honor you all and cannot thank you enough.