“It was probably one of the greatest moments of my life seeing him again,” retired Army Staff Sergeant John Logie recalled the experience of being reunited with his former partner, Balto.

According to Fox 13, Logie was working as a contractor for the American Special Forces when he and Balto were first paired together in 2010. Their mission: sweeping dangerous minefields in Afghanistan.

While Logie and Balto developed a bond shared only by brothers in arms, their dangerous occupation came to a life-threatening climax later the same year. Standing in a grape field, the pair came upon a large building.

“His mouth closed and his head went up,” Logie said of Balto. “You could tell he was sniffing the air and then he just booked it to the building.” 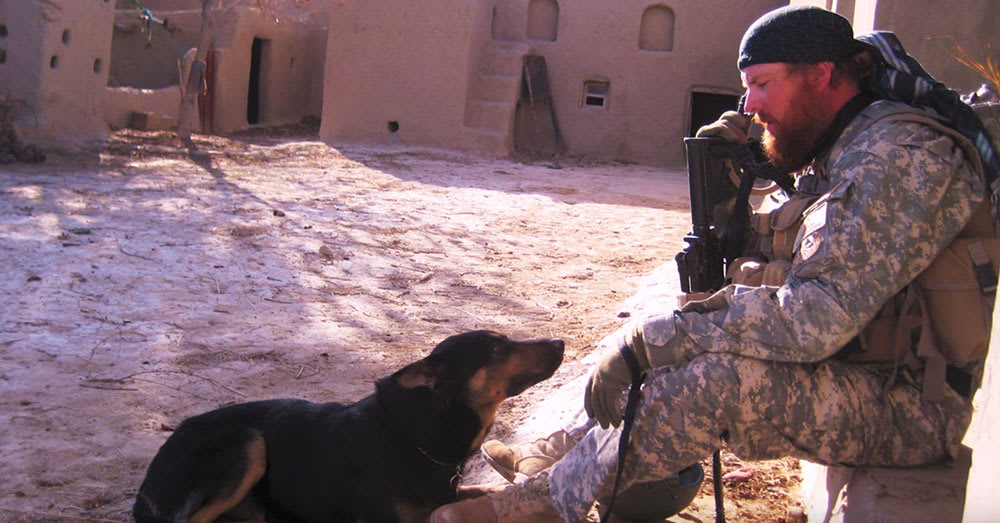 Logie chased after his dog. And then, crunch. He heard the distinctive sound of a land mine’s pressure plate.

“There was a loud boom, and a lot of smoke and realized I was screaming at the top of my lungs,” he said. 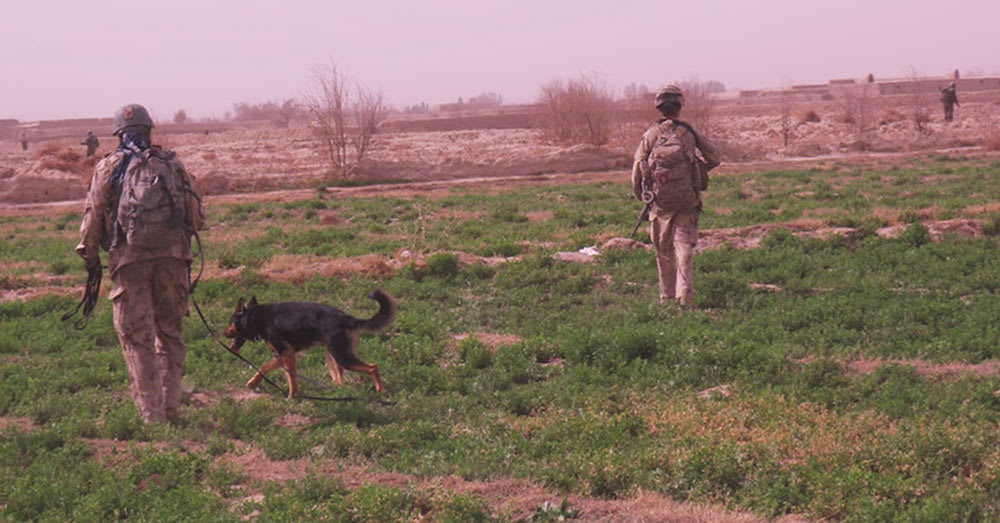 Logie wasn’t killed, but he was pushed perilously close to death. Shrapnel was sticking out his left side, his ear drums were blown out, and he was losing blood. Were it not for Balto, he likely would have died.

“There’s no doubt in my mind, between him and God, they saved me that day,” Logie said.

Unbeknownst to both Logie and Balto at the time, the road they had followed was littered with improvised explosive devices (IEDs). Of course, it only takes one to put a man out of commission. 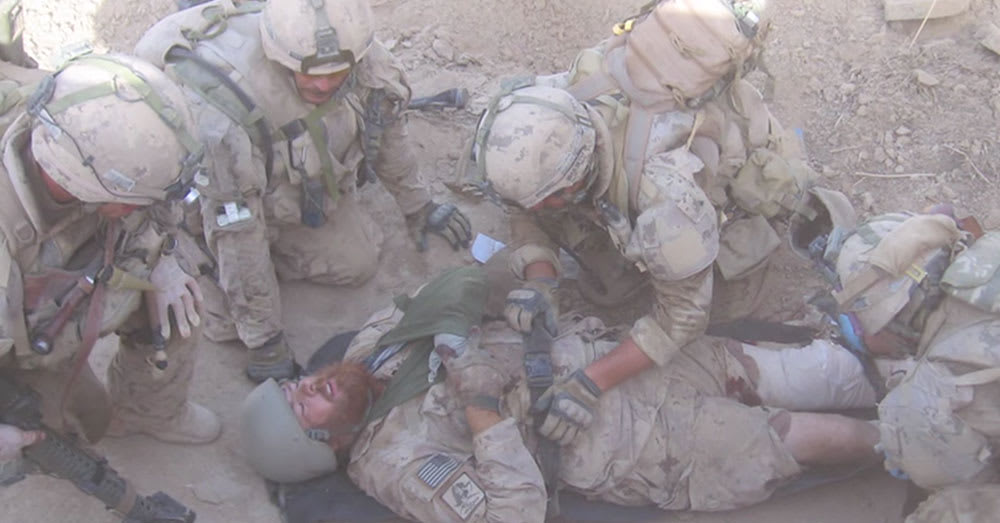 Source: YouTube/FOX 13 News Utah
Logie was critically injured by a mine. He credits Balto for saving his life.

As Logie was airlifted to safety, he could see Balto waiting dutifully behind.

“I just remember looking out the side of the helicopter as we were taking off and seeing Balto looking at me,” he said. “That’s the last time I saw him.”

It wasn’t until 2014 that Logie, then recovered, would see his dog again. Balto was returned stateside after retiring from the service. The two enjoyed civilian life for the next few years, hiking and playing outdoors, far from live mines. But those days wouldn’t last forever. 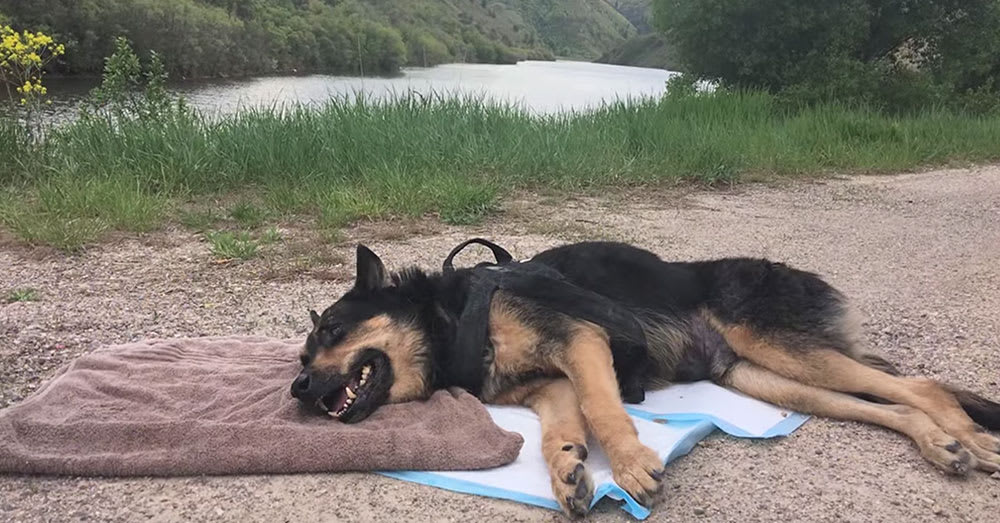 Source: YouTube/FOX 13 News Utah
Balto lost the use of his limbs after a few happy years back at home.

Balto would be the next to say goodbye. First, his hind legs gave out. A few days later, he was completely paralyzed below the shoulders.

Logie and Balto could no longer enjoy walks together. Balto’s quality of life had deteriorated, and Logie was faced with a choice no pet parent ever wants to make.

On Saturday, May 26, Logie was accompanied by members of his Washington Terrace, Utah, community as he brought Balto to Wasatch Hollow Animal Hospital for his final farewell. 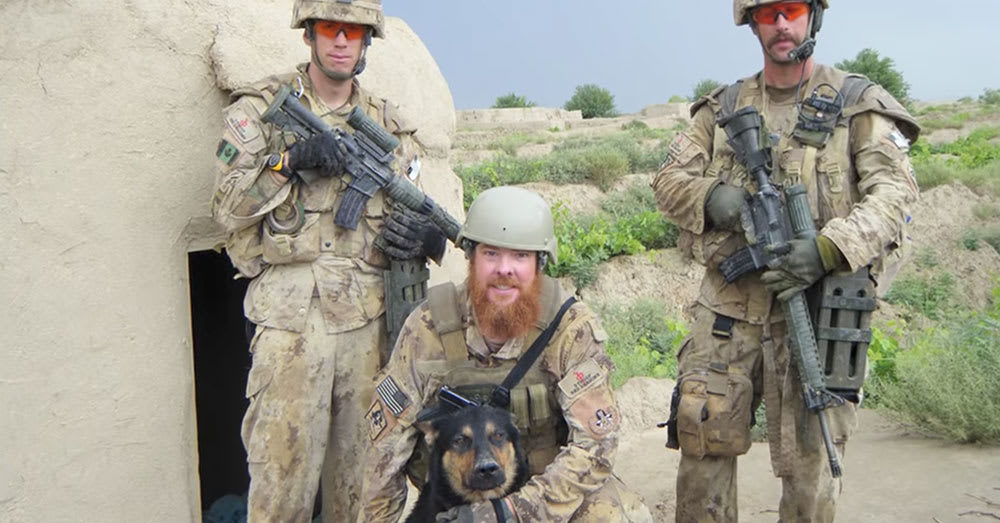 Balto was carried into the hospital, an American flag draped over his body, by Logie and other family members. A number of supporters stopped by to pet the dog, before saying goodbye.

Though he will never forget his faithful friend, Logie is confident Balto is in a much better place.

“We know that he’s running over that rainbow bridge right now, meeting up with the others,” Logie said.