It may be one of the lesser known methods of training in the military, but currently more than 8,500 animals are killed each year in exercises intended to simulate the conditions of battle.

Tissue training, as it’s called, involves animals being stabbed, shot with firearms, burned, or having their limbs amputated before being operated on in an exercise and then euthanized.

“To me it’s really barbaric that we are having this kind of practice for some of our medics in the military,” Democratic Congressman Ted Lieu told NBC News. 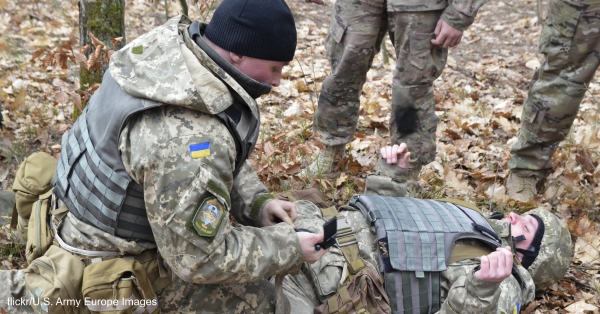 Soldiers with the Ukrainian Land Forces practice on how to apply a tourniquet.

Lieu is co-sponsoring H.R. 3172: the Battlefield Excellence through Superior Training (BEST) Practices Act, which would eliminate the use of animals in military medical training. The bill died in congress in 2013 but is currently regaining momentum with support of veterans and doctors. The (BEST) Practices Act requires the use of only human-based methods for training members of the Armed Forces in the treatment of severe combat injuries.

“We want the Department of Defense to issue a directive saying no service shall engage in live training using animals where they basically maim pigs, dogs, goats and then have these folks deal with the injuries. It really is torturing these animals,” Lieu said. 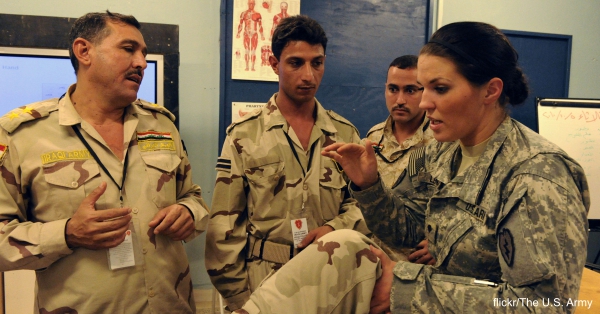 “The BEST Practices Act gives the Department of Defense the nudge it needs to completely phase out its use of animal-based training in favor of human-based simulator technologies that have made great strides recently,” said Rep. Johnson. “It’s clear that using live pigs and goats in this kind of training isn’t necessary.”

In 2013, U.S. Military bases in Europe were denied permission to use live animals in tissue training by German regional governments in Bavaria, citing violation of the country’s animal protection law.

According to the Physicians Committee for Responsible Medicine, 98% of civilian programs and many departments of the military have already modernized their medical training, transitioning to human-based methods.

“Many trauma centers in the Army, Air Force, and Navy use only simulators. DOD’s medical school, Uniformed Services University, stopped using animals in 2013. In 2014, the U.S. Coast Guard committed to reducing by half the number of animals it uses for combat trauma training exercises. Further, as of 2015, Advanced Trauma Life Support courses across the U.S. military were no longer allowed to use animals.”

Some still fight to allow live tissue training, as seen in a commentary piece in the Journal of Military and Veteran’s Health.

“Were it not for training programs such as LTTT, most medics would be sent into combat situations never having had the experience of treating a real traumatic injury,” writes Gary Martinic.

According to the Army Institute of Surgical Research Joint Trauma System 40 percent of all combat deaths in Iraq and Afghanistan were a result of blood loss, “but 79 percent of those were ‘potentially survivable’ deaths,” Martinic writes. And realistic blood pressure isn’t as replicable in a modern device as it is a live animal, he says.

While it’s unsure if the military will halt its use of animals in medical training, the use of animals, specifically service dogs, as a treatment for combat PTSD is steadily gaining support. Learn more about the Dog Training Therapy Act and sign a petition to support service dog pilot programs for veterans with PTSD.