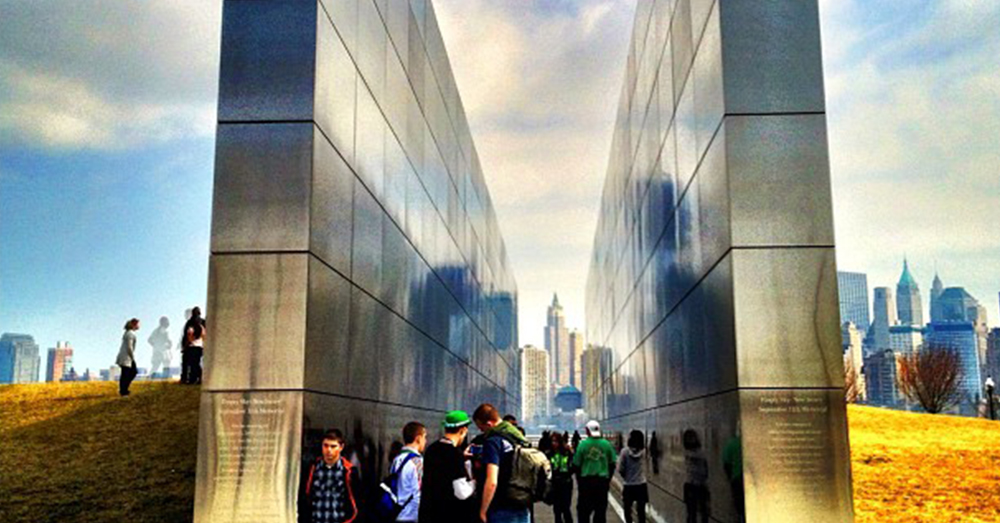 Two stainless steel walls, each the same length as one side of the Twin Towers, comprise the memorial in Jersey City, New Jersey, known as “The Empty Sky.” The walls are engraved with the names of those who lost their lives on September 11, 2001, and the pathway between them points directly towards the site of the World Trade Center. A total of 749 people from New Jersey lost their lives in the 9/11 attacks, and this memorial across the Hudson River helps visitors remember them and the loss their loved ones endured. 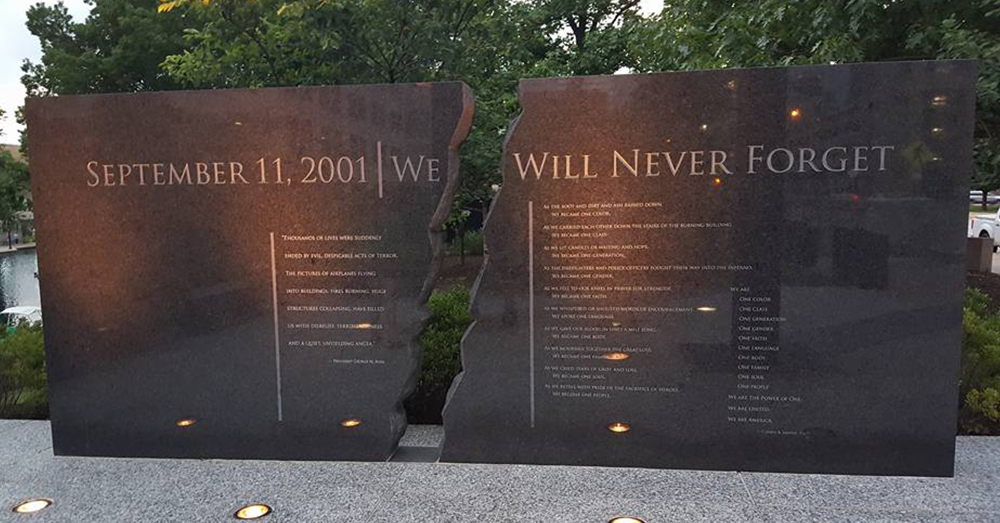 Photo: Facebook/Family Automotive — The 9/11 Memorial in Indianapolis features a split wall, as well as beams from the Twin Towers.

A granite wall split down the center commemorates the Twin Towers in this 9/11 memorial in downtown Indianapolis, Indiana. The wall is inscribed with a timeline of events from September 11, 2001. In front of the wall are two steel beams from the World Trade Center standing upright. The sculpture of a bald eagle was placed on top of one of the beams, and the eagle is facing New York City. Fittingly, the Indianapolis 9/11 Memorial is located next to the Indianapolis Fire Station 13. 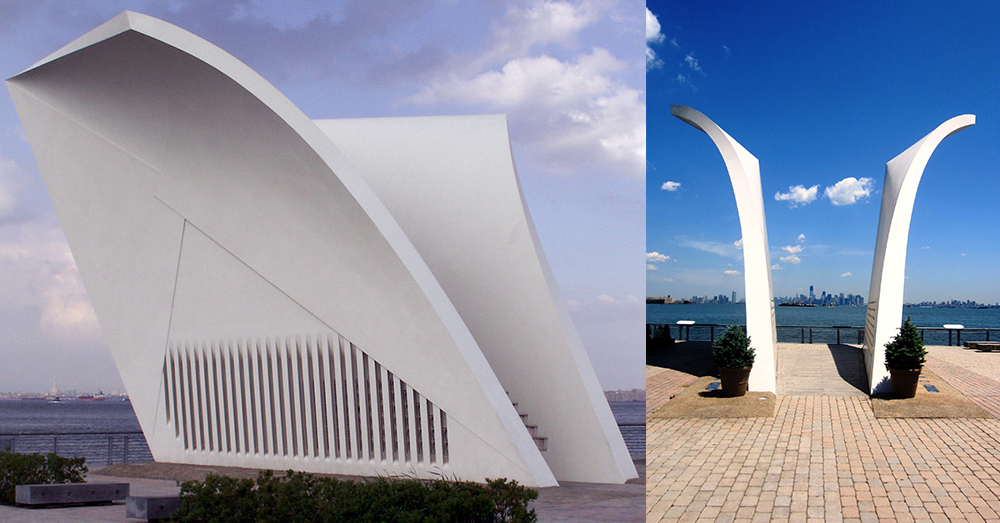 Two 40-foot-tall postcards represent notes or letters being sent to lost loved ones in this memorial on Staten Island, New York. Granite plaques with the names of the 269 victims from Staten Island are fixed on the sides of the Postcards’ walls, and standing between them, one can look straight at the site of Ground Zero.

4. To The Struggle Against World Terrorism, New Jersey 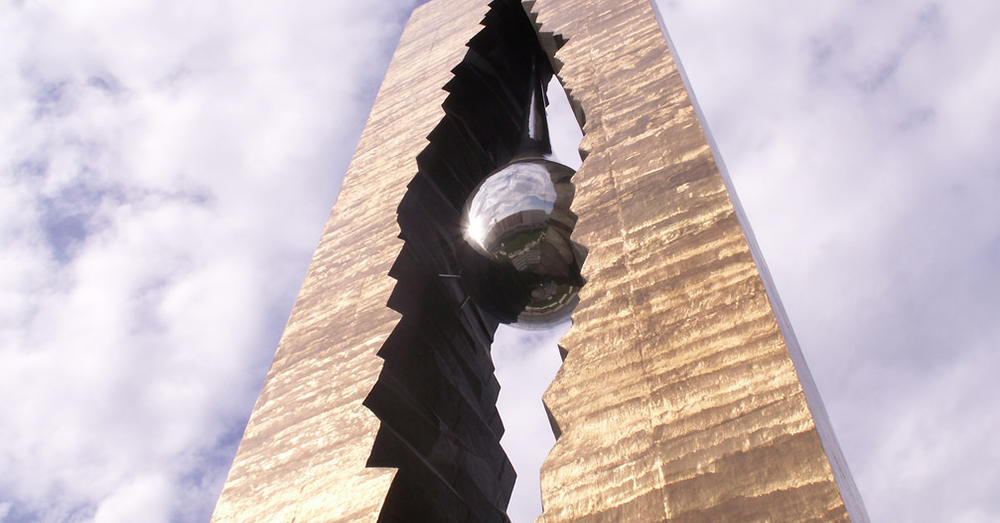 Photo: Flickr/Jackie — “To The Struggle Against World Terrorism” memorial in New Jersey features a 10-story bronze block with a teardrop in the center.

“To The Struggle Against World Terrorism,” located Bayonne, New Jersey, was an official gift from the Russian government to the United States to honor those who were killed on September 11, 2001. The 100-foot-tall bronze block is split down the middle to represent the Twin Towers of the World Trade Center, and a 40-foot-tall nickel teardrop hangs in the gap. A piece of the World Trade Center was also placed in front of the memorial, also known as the Tear Drop Memorial.