On the morning of September 11, 2001, Al Qaeda terrorists hijacked four commercial airplanes and perpetrated the worst attack on U.S. soil since Pearl Harbor. Two of the airplanes were crashed into the Twin Towers of the World Trade Center in New York City. Another airplane was crashed into the Pentagon building in Washington, D.C. The fourth airplane went down in a field near Shanksville, Pennsylvania, after the passengers and crew rushed the terrorists.

In all, the September 11 attacks killed 2,977 people and injured an additional 6,000 people. Along with firefighters, police officers, and first responders, the majority of those killed were civilians whose ages ranged from two years old to 85 years old.

The entire nation rallied together to mourn the loss of so many in such a senseless act of terrorism. Now, more than 15 years later, the nation still remembers those who were killed in the attacks and the brave men and women who gave their lives to save others. Memorials, statues, and monuments have been erected around the country to honor those who lost their lives and to ensure that they will never be forgotten.

On the anniversary of the attacks, here is a list of 10 of the most moving and inspirational memorials to those killed on September 11, 2001. 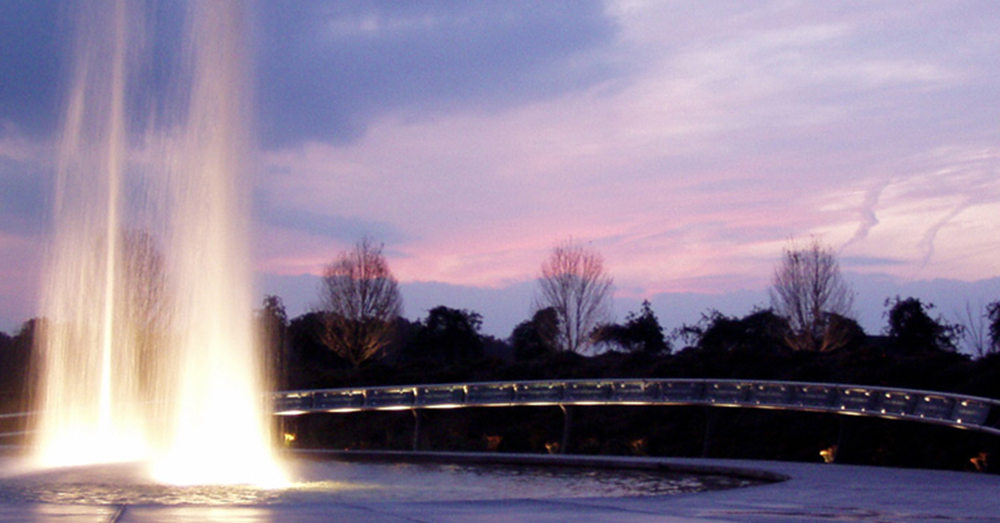 Photo: The Garden of Reflection 9/11 Memorial — “After Darkness… Light” is the motto of this memorial in Lower Makefield, Pennsylvania.

The Garden of Reflection 9/11 Memorial in Lower Makefield, Pennsylvania, is a beautiful and stirring memorial featuring a spiral walkway that leads to a dual fountain — symbolizing the Twin Towers. Along the walkway is a glass railing with the names of the victims inscribed. Remnants of the World Trade Center can be seen at the front of the garden. The motto for the Garden of Reflection, which is inscribed on a large stone, is “After Darkness… Light.” As visitors make their way along the spiral walkway, they are met first with the tragic facts and loss of that day and eventually come to the lighted fountain that inspires hope for the future. 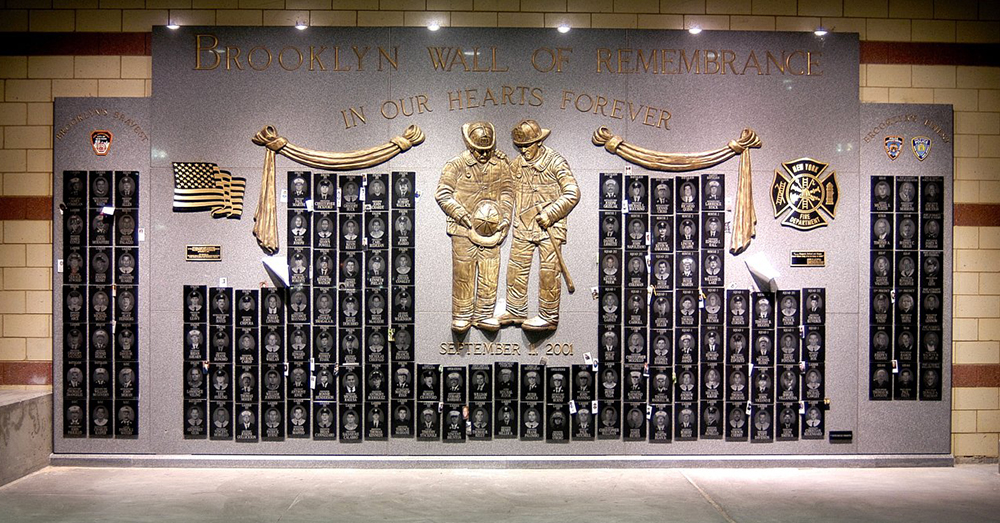 On the western wall of Coney Island’s MCU Park, three large panels make up the Brooklyn Wall of Remembrance. This was the first 9/11 memorial established in New York City following the attacks. The wall, with bronze reliefs and laser-engraved plaques, commemorates 346 firefighters, 37 Port Authority officers, 23 NYC police officers, 3 NYS officers, 1 fire patrol, first responders, and a K9 rescue dog named Sirius. A third of the first responders who died on September 11 either worked or lived in Brooklyn, so this was a fitting place for the city’s first memorial.

8. To Lift A Nation, Maryland 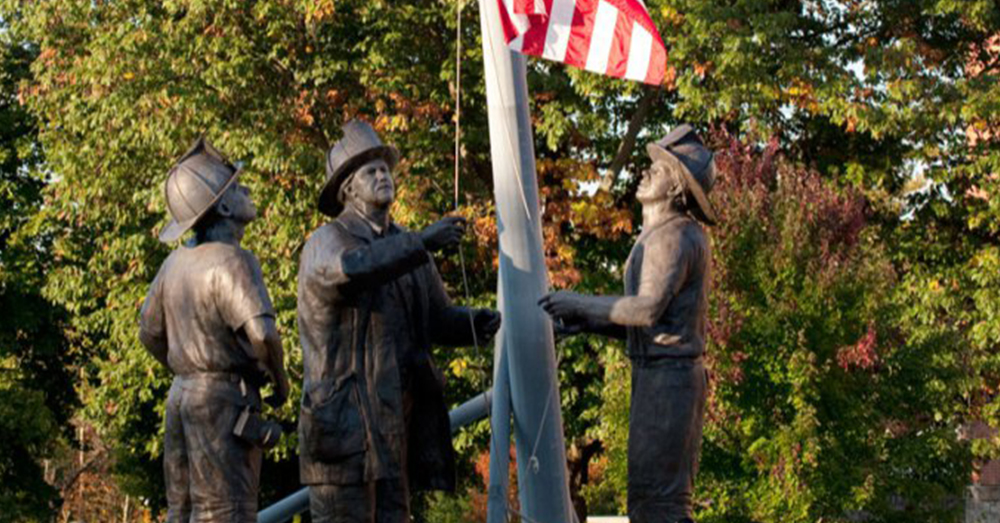 Photo: National Fallen Firefighters Foundation — The 40-foot-tall statues are modeled after the iconic photograph by Thomas E. Franklin of firefighters raising the flag at Ground Zero.

In the aftermath of 9/11, photographer Thomas Franklin captured what would become an iconic image of the event: three firefighters raising a tattered American flag amongst the rubble of the World Trade Center. Located in Emmitsburg, Maryland, the memorial titled “To Lift A Nation” features three large statues in a recreation of the photograph. It honors all who were affected by the September 11 attacks but pays special homage to the firefighters who gave their lives rescuing others from the buildings.