Law enforcement is once again pulled called in to manage a dispute between east coast and west coast rappers. Only this time, they’re the ones with beef.

Norfolk, Virginia, police launched the first volley, a lip-synced version of Bruno Mars’ “Uptown Funk,” filmed and posted to social media on July 9. The targets of their attack are likely far removed from rap moguls of Los Angeles and the Bay Area, through they still represent the West Side. 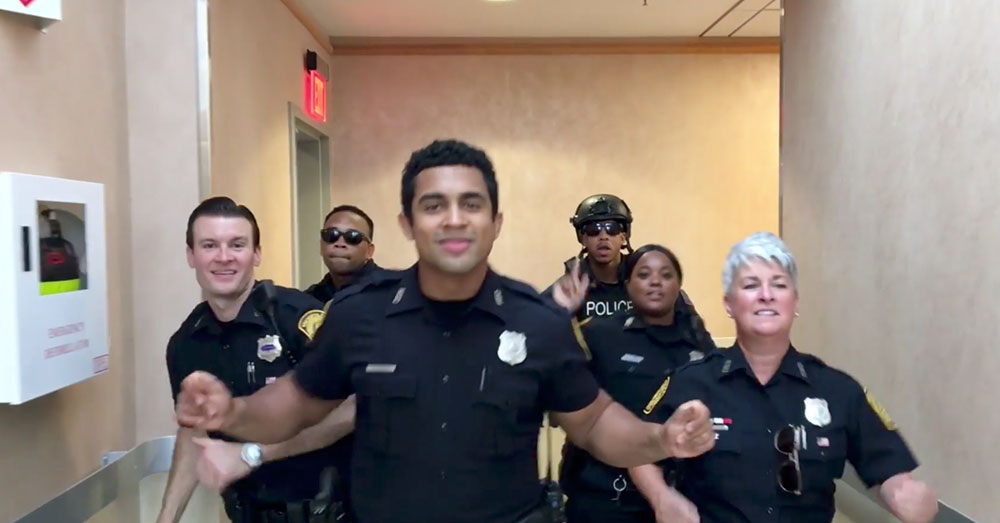 This battle is one of several recent challenges recorded by police departments throughout the United States, the Seattle Times reports. Norfolk picked Seattle because the two departments are roughly the same size, and several officers from Norfolk have moved to the Pacific Northwest.

But Seattle seems up to the challenge. In the meantime, they’ve asked for a few days to prepare.

OK, @NorfolkPD. It's on. We don't want to make an unruly mess of this video, so we will take some time to put it together.

The rest of the department was quick to follow suit, with lip sync videos of all genres, from country, to rock and roll, even a song from the musical “Grease.” Sheriff Javier Salazar submitted a version of a Kenny Chesney song during his vacation in Dustin, Florida.

The department’s recruiting team got involved too, with a compelling cut from Michael Jackson.

Though initially just Bexar County and San Antonio police were involved, lip sync fever soon spread out of Texas, making its way to the east coast. Hudson and deputies spent at least a day choreographing their moves, and shot their video in a single take. Not bad for first-timers.

“It’s a good way to show we’re human and we have fun,” Hudson said.

Watch the NPD’s blazing hot lip sync in the video below!