A First Hand Account Of The Initial Major Battle of Vietnam: Ia Drang

This video is a personal account of the battle from one of its participants, Col. Tony Nadal, who fought in this battle with the 3rd Brigade, 1st Cavalry Division. Every Vietnam veteran will be drawn into it, not just because it is part of our story, but because of the memory that Nadal evokes at the very beginning, that unique “wap, wap, wap” sound that Huey helicopter blades make. None of us have every forgotten that sound.

Nadal narrates his own personal experiences as a participant in this first major battle in the Vietnam war, the Battle of Ia Drang valley. It is accompanied by combat video footage. As you listen you can not only get a sense of the terrible intensity of the battle, but also the up-close-and-personal reality of one man’s internal psychological experience in the heat of it.

This video reveals not only the character of Col. Nadal, but also the quality of the soldiers he fought with and the courage and faithful commitment they had for each other. The ideal of not leaving anyone behind is very evident throughout. Nadal reminds us at the end of the video of the reality every combat soldier faces after the battles are over, that is, “After the bravado, you’re left with the anguish.” He also reminds us to remember the quality of service these men gave to one another in those fierce hours of that three day long battle. That goes for all those who have ever faced the wild wizardry and madness of battle.

We are told to keep in mind, too, that those men sacrificed their lives, not for a cause, but because they were told to go and they went because their country called on them to do so. Ultimately, though, they fought for each other. 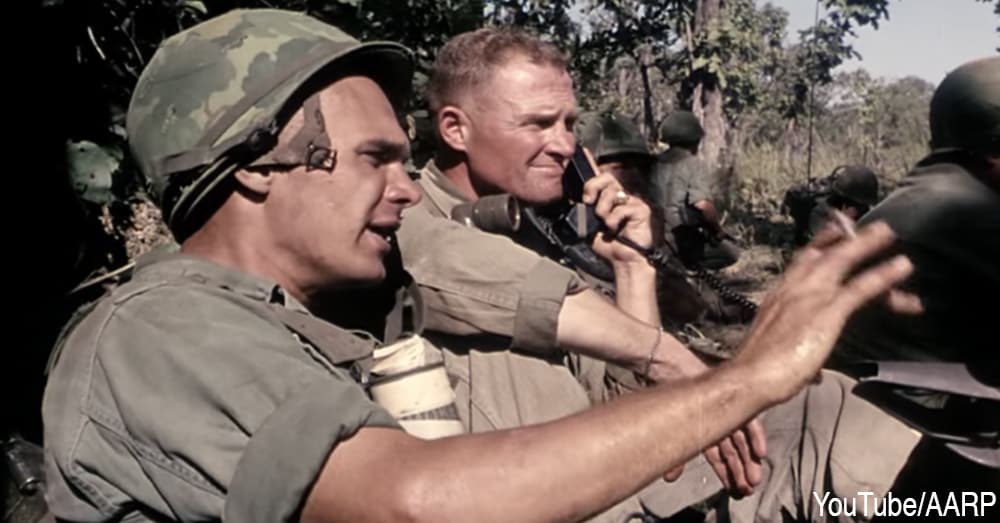 Col. Tony Nadal and the 3rd Brigade, 1st Calvary Division (Airmobile) launched a helicopter assault (the first of such ever taken) against the North Vietnamese forces.

This video is shared also to honor the memory of Retired Lt. Gen. Hal Moore who died recently at the age of 94. His story was memorialized in the movie “We Were Soldiers.” He was in command of his men of the 1st Battalion, 7th Cavalry at LZ X-Ray. Those of you who have seen that movie have somewhat of an idea of what the intensity of that battle in his section was like, at least as well as Hollywood can get it.

At LZ Columbus, the Americans lost 3 KIA, 13 WIA with another 71 KIA and 282 WIA in earlier action. Four helicopters were also shot down and 55 damaged there. The NVA lost 27.

There is one more thing. It comes at the end of the video and is very important to hear. Col. Nadal reminds us that no one comes away from that kind of experience unscathed, if not physically, certainly in the soul. He tells us how important it has been for his own healing to attend the annual reunions of his unit and others who fought there in the Ia Drang. These reunions have been the cause of great healing for them. I know this to be true since I have started attending the reunions of both the Khe Sanh Veterans and my 3rd Recon Battalion, 3rd Marine Division reunions. Healing is one of the great gifts I have gained from them.

The Veterans Site expresses its deepest sympathies and respect to the family of Ret. Lt. Gen. Hal Moore at his passing. We thank him for his long service to the nation and for his example of courage to others in the 7th Cavalry. We honor all those who gave their lives in that terrible battle in the Ia Drang Valley of Vietnam. We also thank Col. Tony Nadal for giving us this powerful documentary of his own experiences in that battle. Your courage and grace under fire is evident. Your love and honor for your men is too. We offer our pledge to never forget you and all who have served, fought, and sacrificed for the nation in uniform. We wish God speed to Ret. Lt. Gen. Hal Moore.