Peace Between North & South Korea: What You Should Know

In a historic meeting last week, the leaders of South Korea and North Korean met at the border in the demilitarized zone (DMZ) and for the first time since the peninsula was split in two by war more than 65 years ago, a North Korean president stepped onto South Korean Soil.

There was a great deal of ceremony and pageantry that took place during the historic meeting — including an honor guard and a tree planting.

Besides the historic nature of the event itself, the most important part of the peace talks was the signing of the Panmunjom Declaration for Peace, Prosperity and Unification on the Korean Peninsula — an agreement between the two countries to begin steps towards denuclearization. 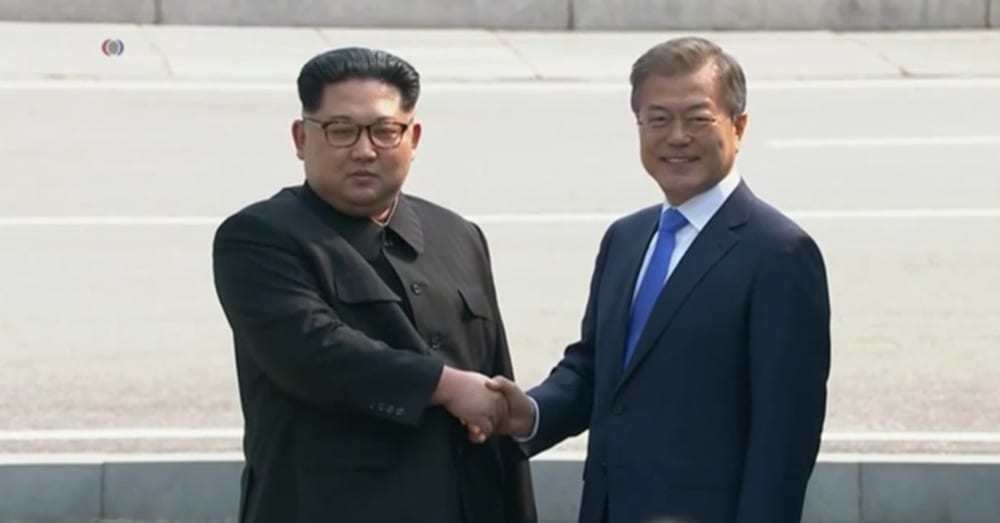 “The two leaders solemnly declared before the 80 million Korean people and the whole world that there will be no more war on the Korean Peninsula and thus a new era of peace has begun,” read the declaration signed by both presidents.

No formal plans or terms were arranged, but rather the vague but optimistic pledge to rid the Korean peninsula of nuclear weapons. The countries’ leaders also agreed to reunite families separated by the border along the 38th parallel.

Following the meeting between President Moon Jae-in and President Kim Jong Un, North Korea officially set its clocks back 30 minutes to be on the same time as South Korea. In a reciprocal gesture, South Korea turned off the loud speakers which aired propaganda towards North Korea along the DMZ.

In 1950 the Korean War broke out after North Korea crossed the 38th parallel and invaded South Korea, capturing the capitol city of Seoul. The United States, as well as other countries from the United Nations, fought for three years until an armistice was signed in 1953. That ceasefire created the border between the countries and the DMZ.

However, while the war ended for the rest of the world no peace treaty was ever signed between North and South Korea, meaning the Korean War has been continuing ever since with heavy military presences on both sides of the DMZ. 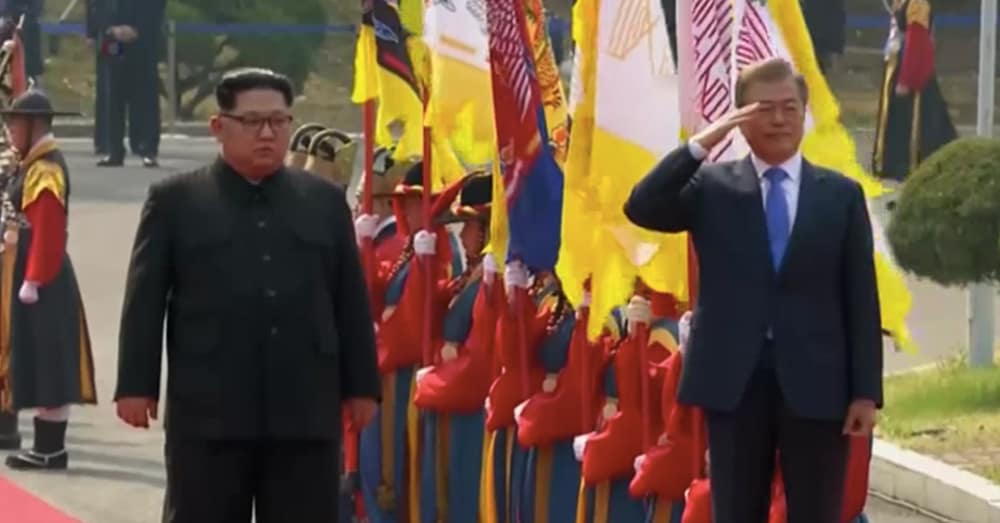 Presidents Moon Jae-in and Kim Jong Un agreed to meet again in the fall, as well as remain in contact by phone until then. President Trump is also planning to meet with Kim Jong Un in the coming weeks, possibly at Panmunjom in the DMZ as well.

The meeting between the two leaders comes after a year of intense pressure from the Trump administration on North Korea to cease its nuclear program and missile testing. Due to their involvement in the Korean War, both China and the United States would have to be part of an official peace treaty to end the war between North and South Korea.

The Panmunjom Declaration ended by stating, “The two leaders agreed, through regular meeting and direct telephone conversations, to hold frequent and candid discussion on issues vital to the nation, to strengthen mutual trust and to jointly endeavor to strengthen the positive momentum towards continuous advancement of inter-Korean relations as well as peace, prosperity and unification of the Korean Peninsula.”

Watch the historic meeting between North and South Korean leaders in the video below!

Learn about the Korean War's top battles: Click “Next” below!