Our servicemen and women receive a diverse array of training throughout their military careers. But rarely are they called upon to use that training outside of battle. 75-year-old Army Veteran, James Vernon, received his knife training nearly 50 years ago. Vernon was teaching a youth chess class at his local library when all hell broke loose and his training in the Army helped to save the lives of 16 children. 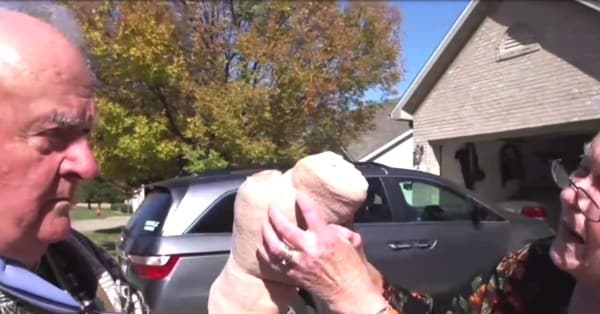 Vernon was in the middle of teaching his class when 19-year-old Dustin Brown ran into the library, screaming “I’m going to kill some people!” Brown was wielding two, 5-inch hunting  knifes that he had wrapped in tape so he’d have a better grip on them. At the time, Brown was out on bail for unrelated crimes.

Vernon put himself between the attacker and the door. The children were behind Vernon so Vernon told them to run and get out of the room. Vernon told the Pekin Daily Times:

“I gave [the children] the cue to get the heck out of there, and, boy, they did that! Quick, like rabbits.”

Vernon had tried to calm down Brown, but after the children had escaped the room, Brown slashed at Vernon. Two arteries  and a tendon were sliced open in Vernon’s hand as Brown attacked him. But Vernon’s military training was still with him and he was able to pin Brown onto the table until police arrived.

Vernon is currently recovering from his knife wounds. Brown was charged with attempted murder among other crimes. Vernon says he felt that he won his “90 seconds of combat” with Brown, “but I felt like I lost the war.” As far as we’re concerned, Vernon didn’t lose the war. He was able to save the lives of 16 children and put a deranged man behind bars. Vernon, at age 75, did something heroic that will never be forgotten. In the war of good vs. evil, there is still more fighting to do, but this has just landed a huge victory.