The 77-day siege at Khe Sanh began a week or so before the outbreak of the Tet Offensive of 1968 in Vietnam. I was there with my unit, Bravo, 3rd Recon, 3rd Mar.Div., along with a reinforced regiment of the 26th Marines, a handful of Air Force controllers, and a small unit of Seabees on the base. The 1st Bn 9th Marines were on the hills near the base. On January 21st, early in the morning, we took the first heavy artillery barrages of the siege.

For the next two and a half months, the five or six thousand Marines at Khe Sanh were surrounded by some 20 thousand (some estimates were higher) heavily armed and equipped North Vietnamese Army (NVA) troops. They would hit us and hit us hard on a daily basis over the course of those two and a half months.

Early on they hit one of the large ammunition dumps on the base requiring a huge resupply of ammunition to keep us viable. Food and water supplies needed to come in regularly as well. The NVA had sighted in on every square inch of the base with their big artillery guns, as well as with heavy mortars, and they were close enough to harass us with RPG’s and sniper fire on a regular basis as well. We expected a full-blow assault at any time. If we could not get those supplies, the story might have turned out very different for us.

The pilots and crews of the C-130 cargo planes became one of the many angels in the sky for us during the siege. They would fly through a gauntlet of very heavy anti-aircraft and machine gun fire every time they approached the airstrip. Early in the siege they were still landing on the tarmac and unloading as quickly as possible, then they would immediately turn back out onto the strip and hit the engines for a rapid exit only to encounter the same gauntlet of enemy fire on the way out.

The NVA soon started to lob heavy mortars at the C-130s while they sat at the off-loading area. This made it too dangerous for them to continue to operate in that fashion. This video will show you how they had to adjust and adapt their resupply missions to address the new environment. It’s very impressive. 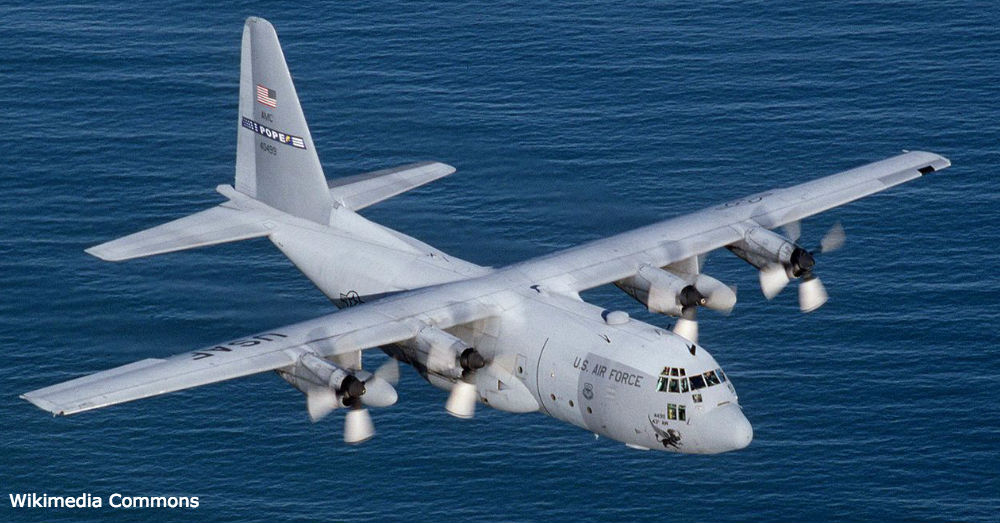 Those pilots and crews faced and endured incredible enemy fire every time they came. But they never hesitated. They knew that if they did not get those vital supplies of food, water, medicine, and ammunition to us we would be in a deeper hell than we already were. Navy and Marine A-4 fighter pilots would fly in support of them as well, strafing and bombing right up close to our perimeters in an effort to pin down the enemy and reduce their ability to harass the C-130s.

I remember many of these scenes in this video as if they happened yesterday. We Khe Sanh veterans hold those C-130 pilots and their crews, along with those A-4 fighter pilots, in very high esteem and honor. Their courage and skills made it possible for us to endure and to survive one of the greatest siege battles in Marine Corps history.

The Veterans Site offers its deepest respect for those C-130 pilots and crews. We thank them for their courage and their Semper Fi commitment to their brother Marines at Khe Sanh.