General Kelly Knows What It Means To Be A Gold Star Father, And Offers This Message To Others

Retired Marine Corps General John Kelly, now White House Chief of Staff, is generally reticent to talk about the loss of his son in Afghanistan. General Kelly lost his son, a Marine Corps officer, a couple of years ago when he was killed by an IED.

Military families know a unique kind of worry. They know the sacrifices their sons and daughters are making in service to the country while they are in the service. It may be an awareness that is even more acute today, as the reality is that less than 1 percent of the nation’s population serves in the military today. 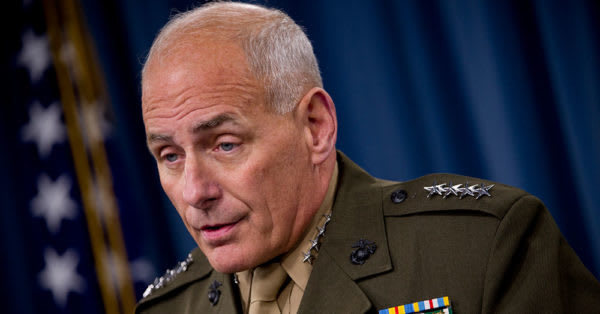 These servicemen and women leave their families behind when they go off to war. And while they are gone their families live and breathe the awareness that their sons or daughters are in harm’s way. There is not a moment when they are not thinking of their sons or daughters and the constant danger they are in. They pray every day for their safety and for their eventual return home.

But a Gold Star family is one that has had to answer the knock at their door by an officer, or a military chaplain and hear that their beloved son or daughter has been killed in action. General Kelly, a man of war himself, a man who has known combat himself, who has had to order men and women into battle and who has lost some of those same men and women, now knows the personal pain that all Gold Star families know. 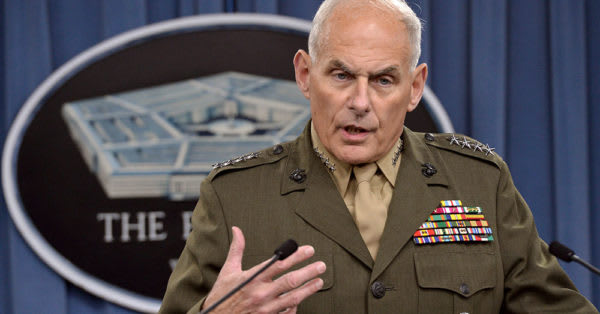 He is no stranger to the suffering and pain of war, but he also knows what it is to be a Gold Star father. Kelly gave this speech in 2016:

“You know, one of the things about losing any child ― and you can’t imagine until it happens, and I hope to God it never does for you or anyone ― and it doesn’t ― it doesn’t matter how they die.

“To lose a child is ― I can’t imagine anything worse than that. I used to think, when I’d go to all of my trips up to Bethesda, Walter Reed, I’ll go to the funerals with the secretaries of defense, that I could somehow imagine what it would be like.

“Or when I would send young people back from Iraq that died under my command, to somehow try ― as you write those letters, to try to somehow sympathize. And I ― you know, I lost a father, I lost a mother. So you kind of think it’s something like that, but it’s not. It’s nothing like that.

“And so, as a ― as a person that’s lost a ― a child in combat ― and the strong one in all of this is my wife, Karen and ― and ― and my ― my two kids. But when you lose one in combat, there’s ― there’s a ― in my opinion, there’s a pride that goes with it, that he didn’t have to be there doing what he was doing. 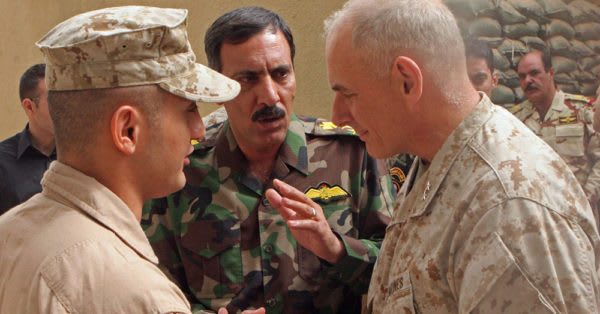 “He wanted to be there. He volunteered. Generally speaking, there’s no encouragement in our society today to serve the nation, but many, many, many people do, in uniform, as ― in the military, as well as police officers and CIA and FBI.

“So I think they’re special people, but they were doing what they wanted to do, and they were with who they wanted to be with, when they lost their lives. But I can tell you, it is the most ― it caught me by surprise, the level of emotional impact, and every single day it continues that.

“And I always go back with this: ‘It doesn’t matter. That’s not our question to ask as parents. That person thought ― that young person thought it was worth it, and that’s the only opinion that counts.’

“They don’t ask for anything, as I say. I think the one thing they would ask is that the cause for which their son or daughter fell be ― be carried through to ―– to a successful end, whatever that means, as opposed to ‘this is getting too costly,’ or ‘too much of a pain in the ass,’ and ‘let’s just walk away from it.’ Because that’s when they start thinking it might have been not worth it.“ 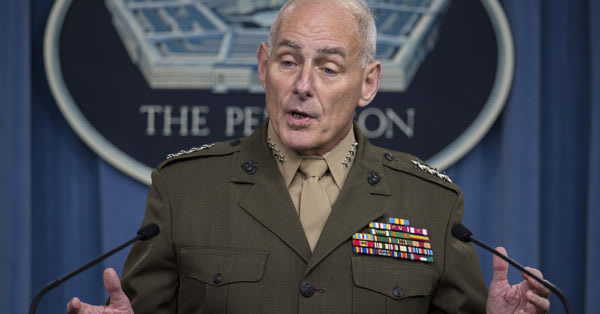 It is important for the 99 percent of Americans who enjoy the benefits of this country, to understand the price that is paid for those benefits. They need to hear the costs, and to be challenged by the commitment and the sacrifices that those who willingly serve us in uniform in some of the world’s most dangerous places.

Those who have died in service to the country have paid the ultimate cost of their lives, but their families live with that loss for the rest of their lives. General Kelly knows this cost, both as a retired Marine General, but as a father to a lost son. He deserves to be listened to and heard. 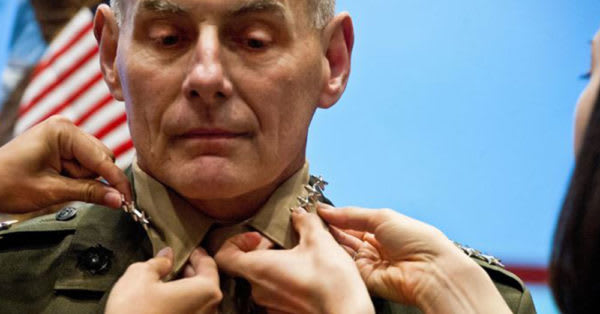 Source: U.S. Marines
General Kelly receives his fourth star, pinned on by his daughter Kate and daughter in law Heather.

The Veterans Site offers its respect and its condolences to all Gold Star Families. We pray that in time they can come to peace with your loss. They can know that their son or daughter sacrificed for something greater than themselves, a rare phenomenon these days.