A natural disaster can most certainly be a life-changing moment. It can displace families and friends. It can destroy a region. It can without warning steal a city’s identity. It can send us all into chaos. Hurricane Katrina did all of this.

But within all of it were life-changing moments. Some people discovered that, yes, we can still lean on strangers to get us through tough times. Others discovered how pivotal it is to move forward, to rebuild, to inject a new identity into their hometowns. And, someone like Air Force Master Sergeant Michael Maroney discovered something that could bring him out of darkness: a hug. 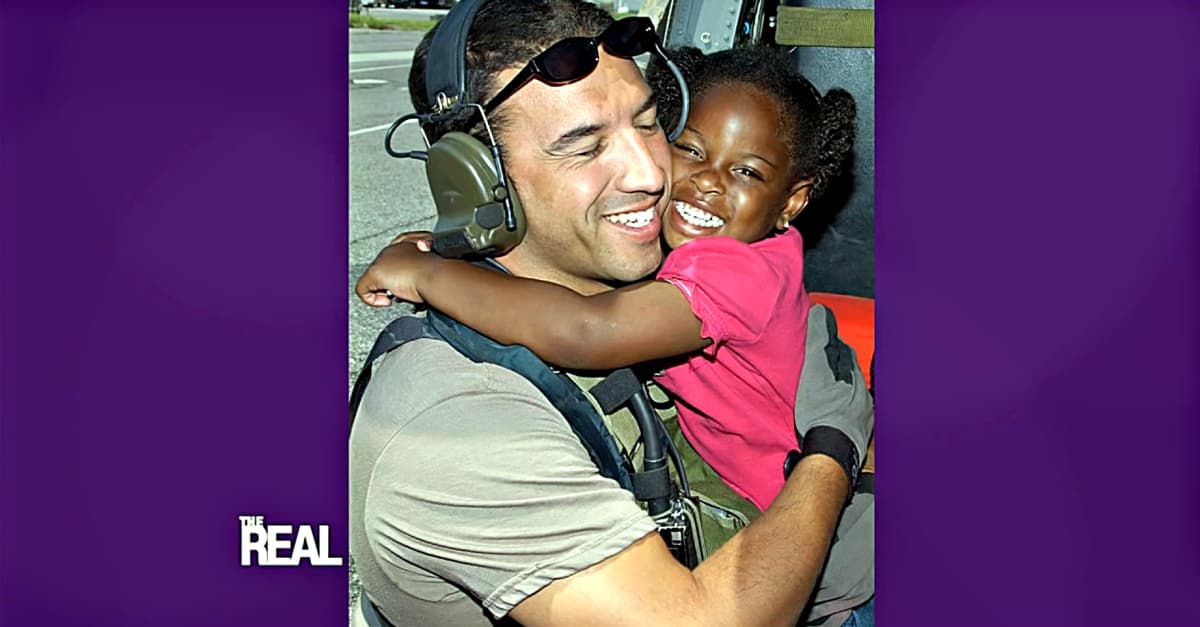 Ten years ago, Maroney was thrust into Hurricane Katrina, rescuing people from rooftops. In all, he saved over 140 people. But only 1 of those 140-plus people was capable of giving Maroney that life-changing moment. It was a three-year-old girl that, upon rescue, smiled so wide at Maroney. Despite the devastation, despite the wreckage they flew over, the little girl took pride in her hometown, pointing out her home to Maroney, pointing out her school, speaking with such joy. And she gave him the biggest of hugs. What he didn’t receive from her was her name.

“And, someone like Air Force Master Sergeant Michael Maroney discovered something that could bring him out of darkness: a hug.”

The experience stayed with Maroney long after the rebuild began. He thought of the moment often. He sought refuge in that moment. And the search lasted for months, for years. Until Maroney, unable to shake it, launched an Instagram campaign (#FindKatrinaGirl) to find the girl. An image of Maroney and the little girl made its rounds on media outlets, which shortly after went viral. Burger King opted to include the picture on their placemats. And, eventually, the girl was found.

Today on #TheReal, we reunite a Katrina hero and para-rescuer with a young girl he saved 10 years ago. Plus, we’re putting our stilettos to work in a fun new game!

The three-year-old girl is now thirteen years old. She lives with her family in Waveland, Mississippi. She’s an honor student, and her name is LeShay Brown. And now, after ten long years, Maroney and Brown have been reunited.

Check out the heartwarming video:

Air Force Master Sergeant Michael Maroney was able to make a huge impact on the lives of 140-plus people, and it was largely due to his disaster response training.

You can help make sure that our returning veterans not only have a job, but that they’re trained to make as much of an impact.

Despite years of training and experience, vets must also contend with higher-than-average unemployment rates, making it difficult to find a sense of purpose or community during their transition back into a civilian lifestyle. Rather than focusing on vocational training that attempts to teach new job skills, Team Rubicon repurposes veterans’ existing skills—emergency medicine, risk assessment and mitigation, teamwork and decisive leadership—to solve another need: more effective disaster response.