The Hero Of Nasiriyah Is Retiring From The U.S. Marine Corps

When Alpha Company had finally secured the bridge over the Euphrates, Bravo and Charlie Companies were able to continue on into the city to participate in the battle to take this large heavily populated city. Charlie Company would soon run into heavy fighting along a street deep in the city that was nicknamed “Ambush Alley.”

These Marines were encountering urban warfare, the likes of which had not been seen since their older Marine brothers fought the battle for Hue City during the Tet Offensive of 1968. It went block by block, house to house, clawing every foot of the city from the defending forces. And the cost would be heavy for the Marines. They would suffer the loss of 18 Marines killed in action and 7 of their AAVs were destroyed in their successful effort to take the city of Nasiriyah. 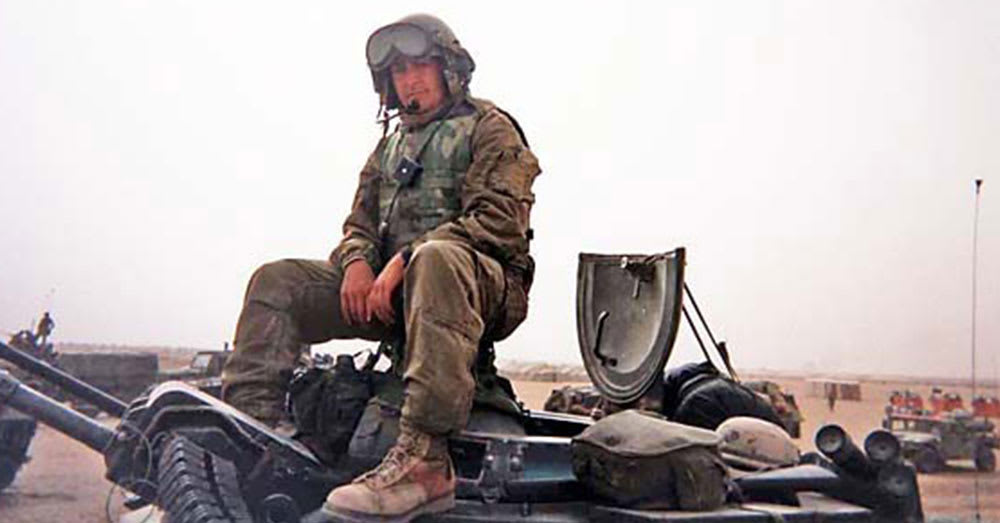 Many of those casualties would be the result of a “friendly fire” incident when an Air Force A-10 mistook the Marine AAVs as Iraqi Armor.

LeHew would be back in Iraq in 2004 serving as a 1st Sgt. for Charlie Company, Battalion Landing Team of the 11th Marine Expeditionary Unit. On August 5, 2004, LeHew and his Marines were in a heavy battle near the city of Najaf, Iraq. They came under a barrage of heavy mortar fire as well as machine gun and sniper fire. 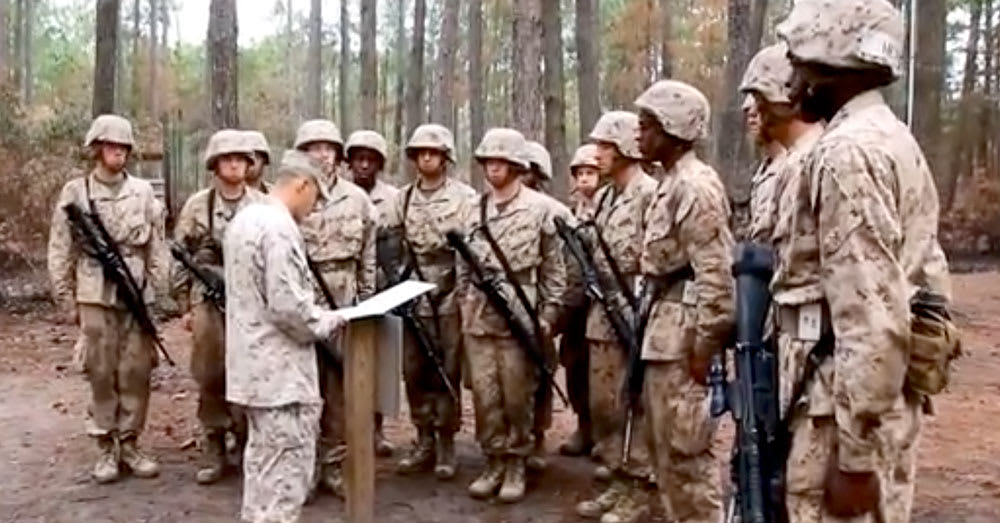 The battle for Najaf would go on for some 20 days. Over those days, LeHew was observed exposing himself to enemy fire as he moved about the battlefield encouraging his Marines to press the attack and keep moving forward. At one point during the battle, near the city cemetery, he assisted in treating and evacuating nine wounded and three Marines who were killed in action.

For his actions on several occasions during this battle he was awarded the Bronze Star with Combat “V” for valor. 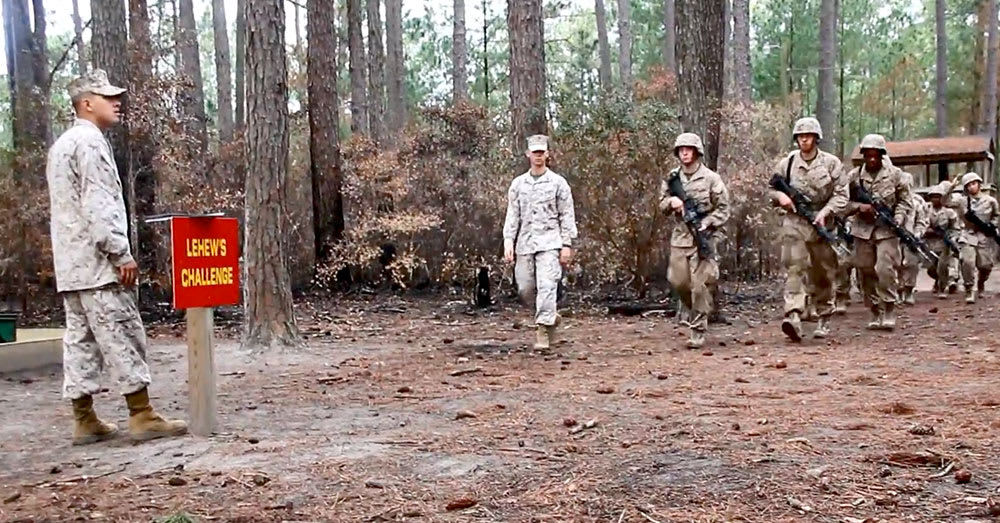 Today, some 15 years later, Sgt. Major Justin LeHew is about to retire from the Marine Corps. He is presently stationed with the Wounded Warrior Battalion near Bethesda National Medical Military Center in Maryland as a recovering service member. After a long and distinguished career in the Marine Corps, the “Hero of Nasiriyah” deserves our respect and our generous thanks for a job well done.

His retirement ceremonies will take place at the Assault Amphibian School Battalion Center at Camp Pendleton, California at the end of this month on July 31, 2018.

Watch Marine recruits in the video below as they prepare to attempt Lehew’s Challenge, an obstacle in “The Crucible,” named for Sgt. Maj Lehew.

The Veterans Site wishes to add its thanks to Sgt. Major LeHew for his service to the nation, his dedication to the Marine Corps and to his fellow Marines and Corpsmen. You are one hell of a Marine, an example to all Marines.

Semper Fi, Marine! OooRah! Enjoy your retirement.You have earned it.