Here’s How Veterans Can Provide Support For Others, Long After The War Is Over

Like so many of my brother Vietnam veterans, I came home to experience much of the anger and outright rejection that was directed toward us by much of society at the time. Most of us, especially those who had been in combat units, chose more often than not to go into a shell, to avoid talking about the Nam.

We just got on with our lives, but our experiences were tattooed onto our souls and we have never forgotten them completely.
Many of us struggled with our own interior issues at returning to “the world” after the experiences of combat. We endured the varying levels of PTS as best we could.

If we were lucky we had the help and support of our families and maybe a friend or two who endured our angers, our anxieties, and our erratic behaviors with patience, love, and often with forgiveness. They listened and challenged us with their own kind of heroic care and concern that gave us space to recover our balance. We can not thank them enough for what they did to help us find enough peace to begin settling into the daily routines of going to college, getting married and recovering ourselves. 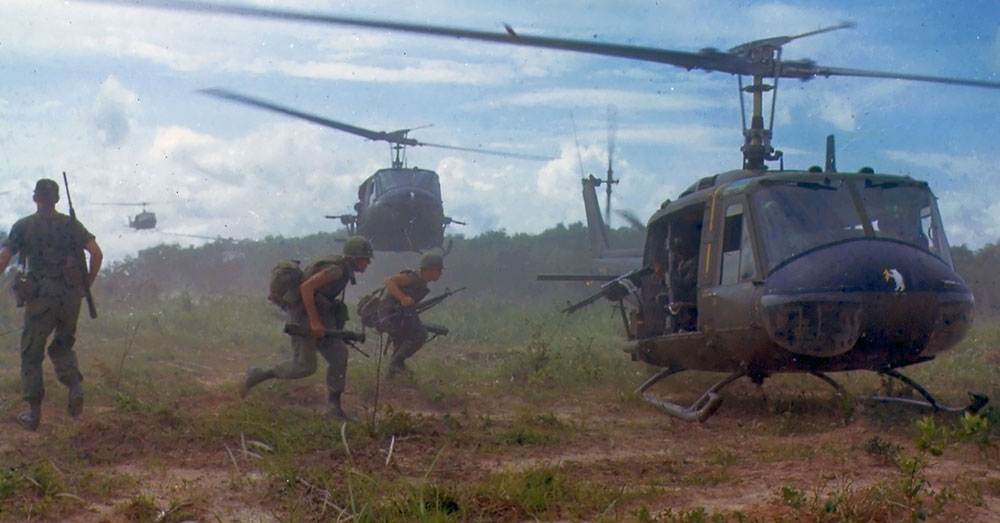 Source: Wikimedia Commons
Soldiers board a helicopter in Vietnam.

One of my personal reactions to my experiences in Vietnam was that I developed an aversion to joining anything. In Vietnam I had been a Fleet Marine Force Corpsman with Bravo Co., 3rd Recon Bn., 3rd Marine Division.

I had the responsibility of keeping my Marines alive in the midst of all hell breaking loose at Khe Sanh during the siege, or when we were out on patrols. Their lives were in my hands. It was a responsibility given to a 20-year-old high school graduate in the midst of circumstances so dangerous and befuddling that when I look back on it, it still gives me chills.

Joining something, in my mind, was like jumping into the ring again. It meant opening myself up to having to take on other important responsibilities and relationships, where others necessarily counted on my competence and expertise again. I didn’t want that kind of pressure again. 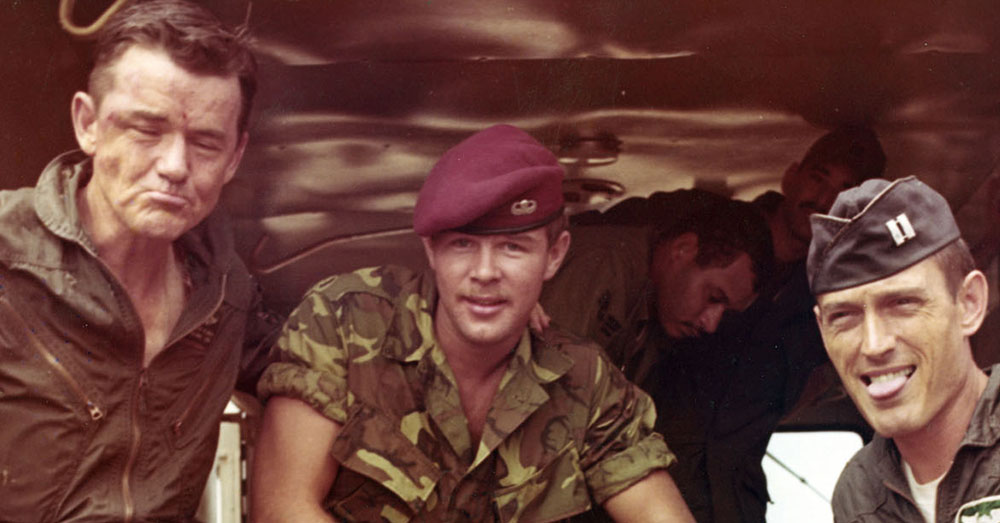 But all that changed for me after I retired from a successful career as a teacher. I did something I had avoided doing since returning from Vietnam. I joined something. I joined the Veterans of Foreign Wars in my local community.

I am a member of VFW Post 8870 in Edmond, WA. It is a very active post with its members committed to actively serving veterans and our local community. Among some of its accomplishments, VFW Post 8870 recently raised funds to build a beautiful veterans memorial plaza in downtown Edmonds, which was dedicated in a powerful ceremony last Memorial Day and has become a highly visited and well used site for the community.
Post 8870 has almost 200 members with a regular attendance at monthly meetings of 35-45 members, all who serve the veteran community and our local community in a variety of ways. 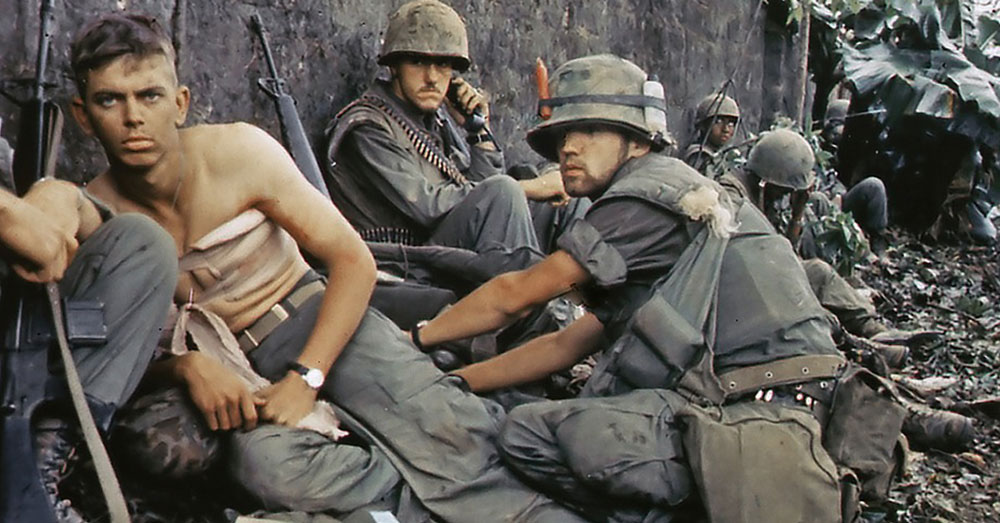 This year, I accepted the invitation from my veteran brothers and sisters to become the Post Chaplain. It is chiefly a ceremonial position that includes saying the opening and closing prayers at each meeting, and visiting members who are ill, and so on. But one of my duties involves managing the Relief Fund. This fund is funded by monies that are donated to the VFW through our annual distributions of poppies each Veterans Day and Memorial Day weekends.

All of the funds raised go to help a variety of service organizations. For example, we support two Soldiers Homes in Western Washington and the Chaplain’s offices for the Coast Guard, Joint Base Lewis-McChord, and the Everett Naval Base by purchasing gift cards to be distributed to the residents of the Soldiers Homes and to the families of active duty service members on the various military bases for the Christmas season or for personal needs. The Relief Fund also supports several college scholarships for local graduating high school seniors in our area. It is also used to support youth programs, essay contests, the USO, two Fisher Houses, the Semper Fi Fund, and Wreaths Across America, and local programs for the homeless veterans, among other things. 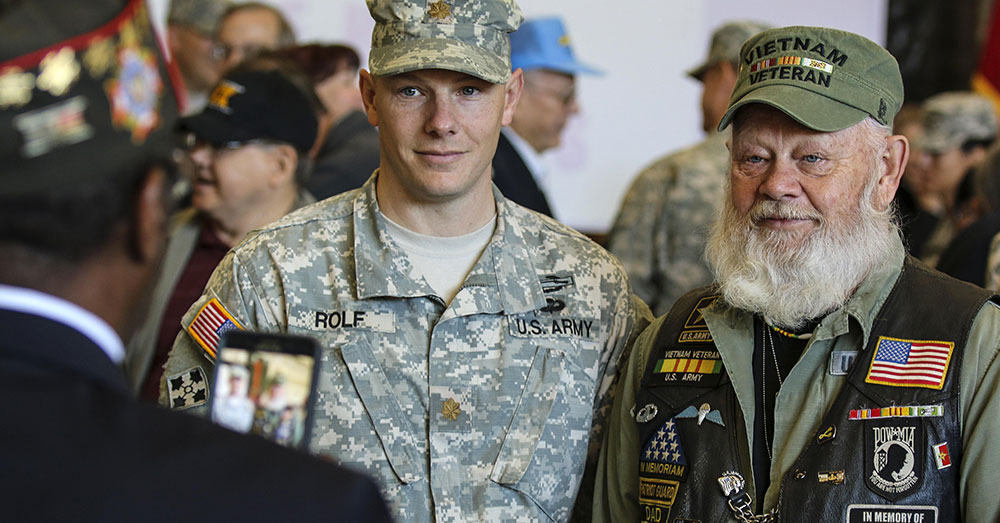 It is the energy, the volunteerism of the veterans in VFW Post 8870 that makes it possible for us to serve so many fine programs and individuals.

One of my brother veterans in VFW Post 8870 is a Marine combat veteran of Vietnam, Michael Reagan. As a result of his own loss of a close friend who died in his arms at Cam Lo in Vietnam in 1967, he has over the last several years taken his exceptional talent for drawing and turned it into a way of giving our fallen heroes back to their families in a very powerful and intimate way. 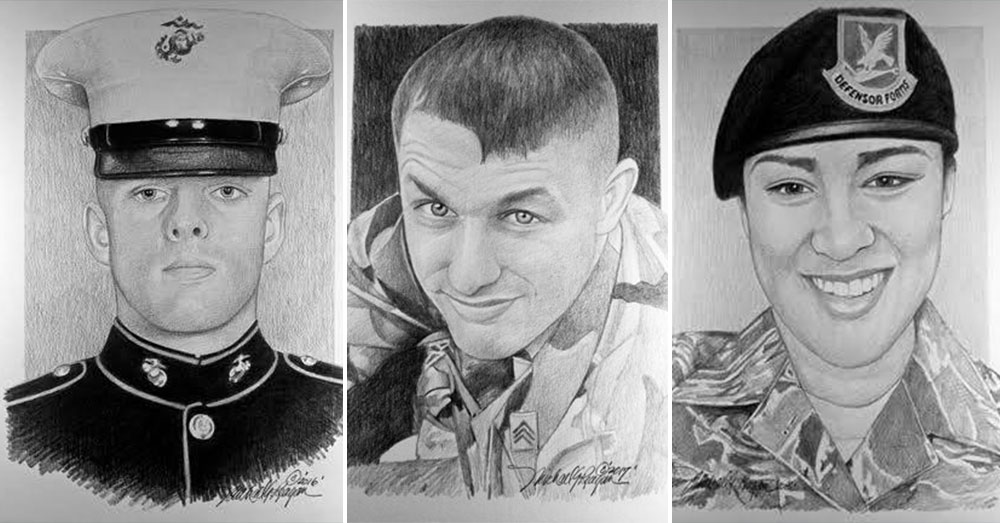 Reagan draws very personal, moving portraits of the fallen, paying special attention to the eyes of each veteran. You can see the life and the personality of each of the fallen in those eyes. Up to this date he has done over 5,000 of these portraits, each one of them he has done absolutely free to the families.
What he has done for those families in drawing these portraits has been a true gift of love on his part. And the families are so moved by his work, his generosity toward them, and his own very personal involvement in creating these touching memories of their fallen heroes, that he has quite literally become a member of each of those families.

Reagan takes his work literally to heart. He often speaks of the experience he has in drawing each portrait, literally talking to them as he draws them, getting to know them, and praying for them and their families. For his work with this project, Reagan was recognized in 2015 by the Congressional Medal of Honor Foundation, through its Citizens Honors Program, receiving the Civilian Congressional Medal of Honor from them in recognition and celebration of his work on behalf of so many of our Gold Star Families. His work can be found online under The Fallen Hero Project on Facebook. 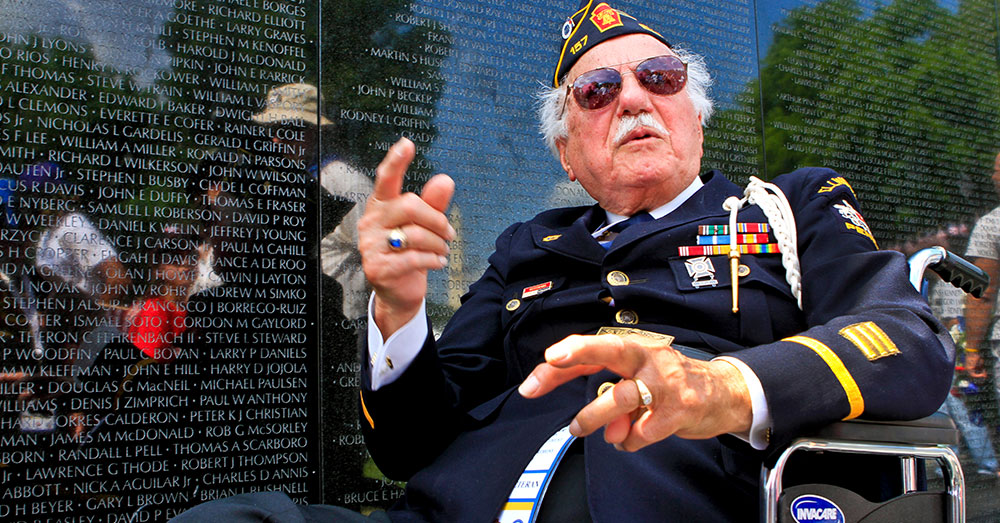 It has also recently become my honor and privilege to serve on a VFW Honor Guard Team. This is a very powerful service to the families of veterans who have died. We are able to offer in a simple yet concrete way, the special dignity and ceremony of a military funeral to the families of our veteran brothers with the presenting of the flag to the family, the rifle salute, and the playing of taps.

If you have ever attended a military funeral, you know how very moving that experience can be and how it gives the families a deep sense of the brotherhood of veterans, and of the eternal respect that this nation has for all those who have served this country in our military services. 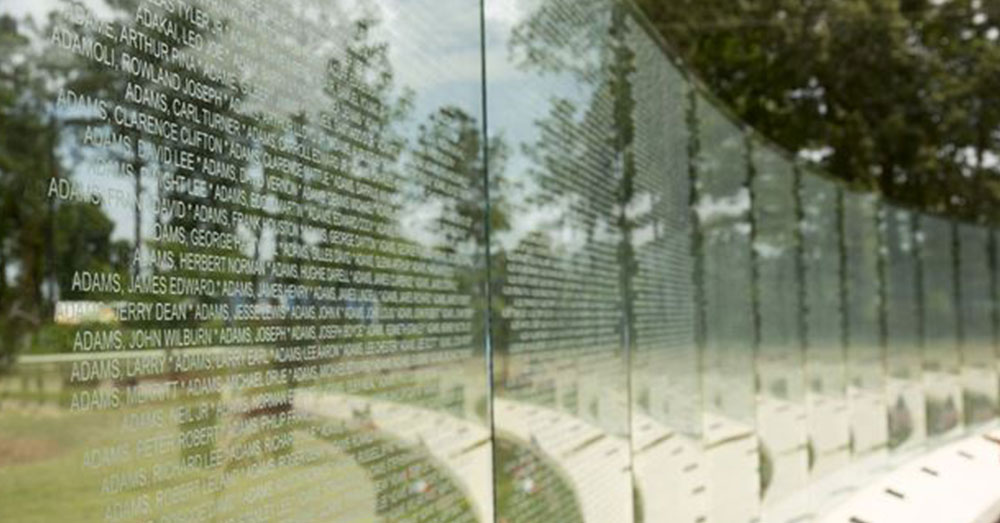 So, though I still struggle with the reality of the responsibilities that I have taken on as a member of this particular VFW Post, I am proud to be associated with so many humble, active, and dedicated fellow veterans who are willing to give of their time and their talent in service to others.
There is no other organization that does so much for veterans than the Veterans of Foreign Wars.

It is true that most of our membership is made up mostly of the swiftly decreasing numbers of WWII, Korea, and Vietnam veterans, but we are seeing more and more of the Gulf War and post 9/11 wars veterans, both men and women joining us as well. If you want to find a way to be involved in very valuable service to your local communities and to your brother and sister veterans, the VFW is a fine way to do that.

For someone who has had a lifelong aversion to joining anything, this experience has proven to be both engaging and uplifting in ways I could never have imagined.

The Veterans Site thanks the Veterans of Foreign Wars for its service to the veteran and local communities around the country. We thank each and every veteran in the VFW for their service to the nation in time of war as well.

Keep up the good work.