President Franklin D. Roosevelt said that December 7, 1941 was “a date which will live in infamy.” It was on that morning that the Japanese surprise attacked the Navy fleet stationed at Pearl Harbor, Hawaii.

It was that attack which would bring the United States into World War II.

The USS Arizona was one of the four sunk battleships in the attack on Pearl Harbor in 1941. The wreckage was never raised out of the water. Today a national monument is erected above the USS Arizona where visitors can pay their respects to all those who fought and died that day. 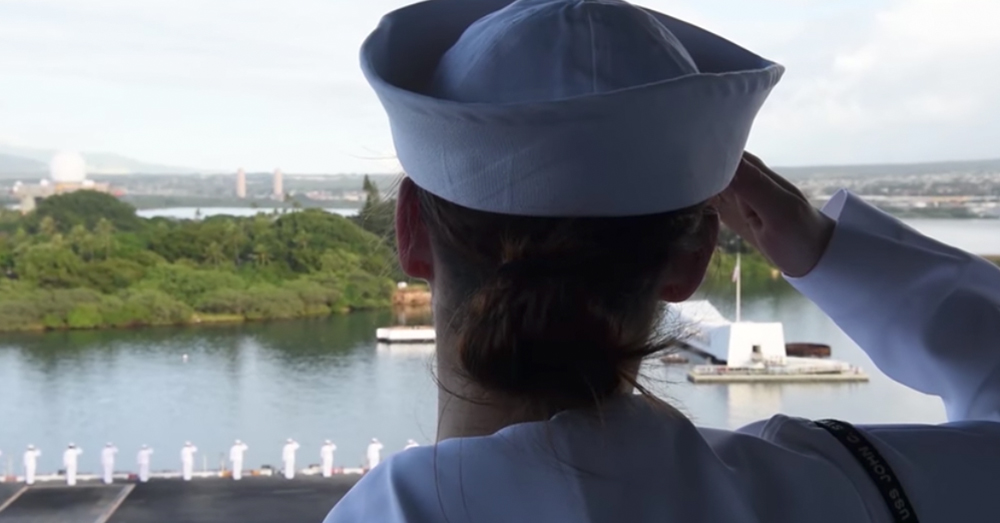 Let this short video of the USS John C. Stennis passing by the Arizona Memorial at Pearl Harbor be your silent meditation on the events at Pearl Harbor on December 7th, 1941. Watch and honor those who fell that day along with the Stennis‘ sailors manning the rails. 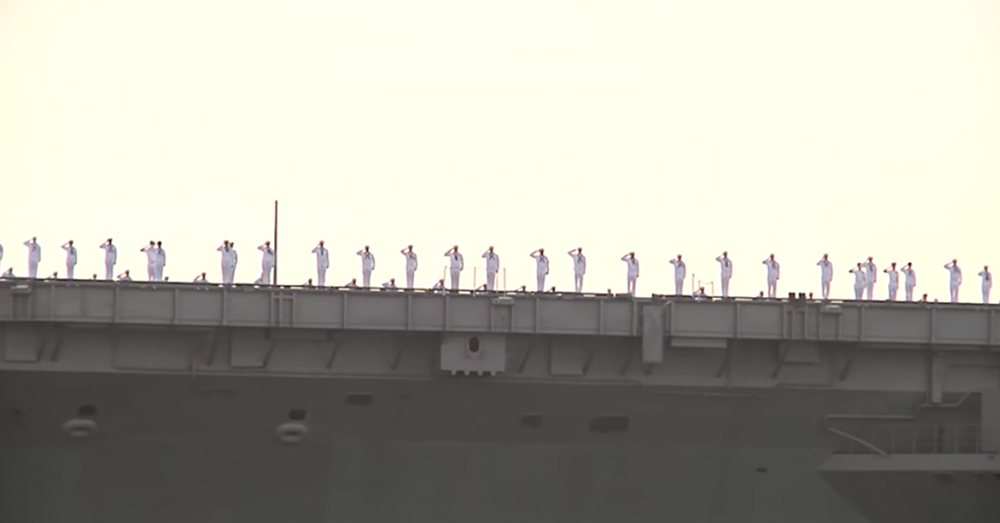 The soldiers and sailors who endured and survived that day are passing away rapidly. We must be able to remember them and what they did long after they are gone. That day is as significant to our history and our understanding of ourselves as the Fourth of July. To forget it is to forget who we are.

Watch this incredibly touching tribute by sailors in the video below.

honors those who survived that terrible day and offers its eternal respect to those heroes who died there that day.

We will never forget