America lost one of its greatest in 2018, when former Vietnam veteran, POW and long-time senator John McCain succumbed to brain cancer on his Arizona ranch. Along with his wife, Cindy, and six beloved children, the senator was survived by his Chesapeake Bay Retriever named Burma who, according to family, provided the decorated war hero with immeasurable love, comfort and support during his final days.

Now calamity strikes a second time, according to Cindy McCain, who announced on Instagram that Burma recently died in a “tragic accident” on the family’s Arizona ranch. 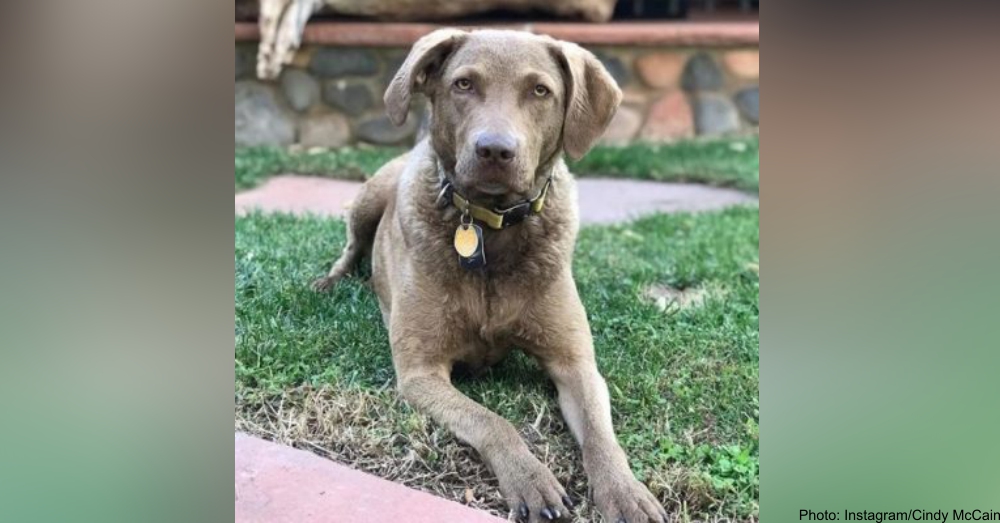 “To all who loved our dear Burma,” McCain wrote in a moving tribute to her husband’s former four-legged companion. “She is now frolicking with the one she loved most in heaven now.”

To all who loved our dear Burma. She died today in a tragic accident at our beloved Hidden Valley. She now frolicking with the one she loved most in heaven now @senjohnmccain

Daughter Meghan was similarly shaken by the sudden departure of her father’s four-legged companion. “She would never leave his side, followed him around every single step when he would walk around our ranch, slept by his side every night and we always said Chesapeake Bay Retrievers were the most affectionate breed of dogs,” she said of her father’s faithful sidekick. “The love this dog gave him was equal to a family member.”

“I love you Burma and hope you’re in heaven jumping into creeks, chasing sticks and fish with Dad. 💔” Meghan said of the dog’s unexpected departure over the Rainbow Bridge.

We’re sure that he is. Regardless, our thoughts go out to the McCain family during this very difficult time!