Today, America has lost a national icon and hero.

John Glenn has served as an inspiration in this country for decades. His career began in the military. In response to the attack on Pearl Harbor, Glenn left college to enlist. While training as a Navy pilot, he transferred to the U.S. Marine Corps, where he took to the skies. Glenn flew over a hundred combat missions during World War II and the Korean war, then moved on to become a test pilot, where he began a long line of firsts.

In 1957, Glenn flew the Vought F8U-3P Crusader in Project Bullet, the first transcontinental supersonic flight. He arced over his hometown, trailing a sonic boom in his wake. The flight from Los Angeles to New York took just 3 hours and 23 minutes.

The Corps lost a legend today.

Col. John Glenn— an astronaut, a senator, a Marine— died at the age of 95.

When NASA began to recruit astronauts, Glenn was one of the final seven selected from over 500 military pilots. In 1962, he went on to become the first American to orbit the planet, circling the globe three times and coming home to a tickertape parade in honor of his mission. It wasn’t his last time in space, though – in 1998, Glenn became the oldest astronaut, traveling into space at 77 years old to see how the environment affected him. 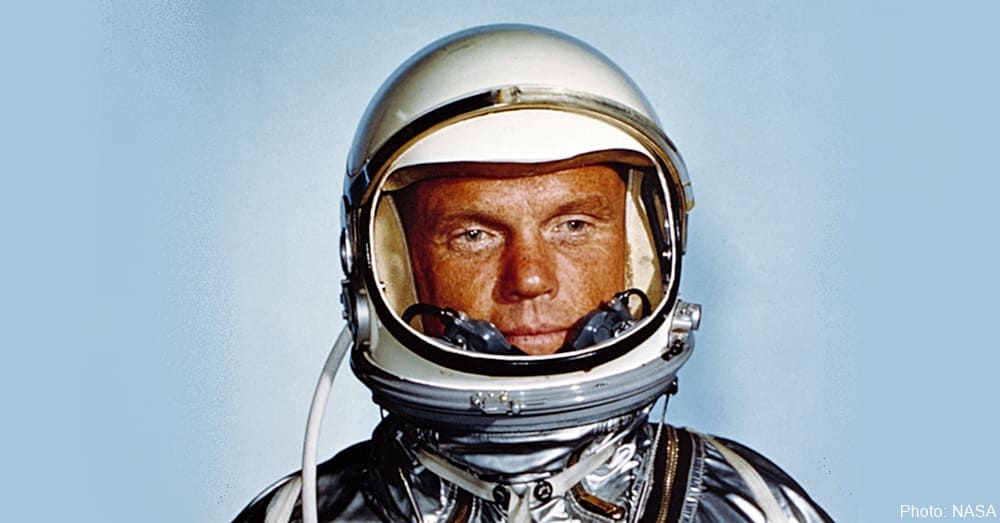 Glenn did as much on the ground as he did in the sky. He served his country and the state of Ohio as a senator from 1974 until 1999. During those years, he was not only an active leader and voice for his state, but also one of the main authors of the Nuclear Non-Proliferation Act, and an enduring advocate for science and research.

At age 95, on December 8, 2016, John Glenn passed away at Ohio State University’s James Cancer Hospital. The first man to orbit the earth, a decorated Marine, and a United States Senator, Glenn was truly an American hero and icon. He will be missed.

We are saddened by the loss of Sen. John Glenn, the first American to orbit Earth. A true American hero. Godspeed, John Glenn. Ad astra. pic.twitter.com/89idi9r1NB