Decades Later, A Hero Of Hue City Is Recognized By An Unprecedented Act Of Congress

There are men, Marines who fought in Vietnam at the Battle for Hue City during the Tet Offensive 50 years ago, who are alive today because of the courage and the leadership skills of Gunnery Sergeant John L. Canley.

His heroism over those 26 days in 1968 is being recognized with an upgrade of his Navy Cross to the Medal of Honor. This is his story. Canley was on one of several tours in Vietnam from 1965 to 1970, when the Tet Offensive began on January 30, 1968. He was serving with Alpha Co., 1st Bn., 1st Marine Regiment, 1st Marine Division when they were called upon, along with other Marine units, to participate in the effort to retake Hue from 10,000 North Vietnamese Army and Viet Cong troops.

On January 31, his company came under heavy enemy fire as they approached the city of Hue. According to his Navy Cross citation, “Gunnery Sergeant Canley rushed across the fire-swept terrain and carried several wounded Marines to safety.” 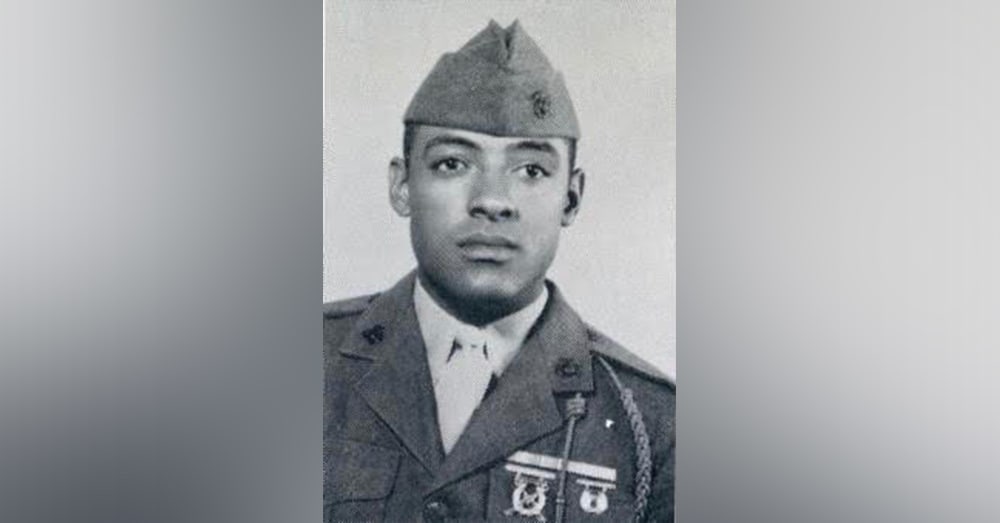 After his company commander was wounded and evacuated, “Canley then assumed command and immediately reorganized his scattered Marines, moving from one group to another to advise and encourage his men. Although sustaining shrapnel wounds during this period, he nonetheless established a base of fire which subsequently allowed the company to break through the enemy strongpoint.”

The battle raged on, for this was only the beginning of the 26-day battle for Hue.

On February 4, Alpha Co. was engaged in a fierce battle with the enemy to retake a building they had occupied. Canley was able to get to the roof of that building and to drop a large satchel charge onto the enemy position below him, “personally accounting for numerous enemy killed, and forcing the others to vacate the building.”

As you know, the battle to retake Hue was fought street to street, building to building, room to room. It was intense and often hand to hand fighting every day, right up until the end. On February 6, Alpha Co. was again engaged with the enemy to retake yet another building. The company took more casualties. 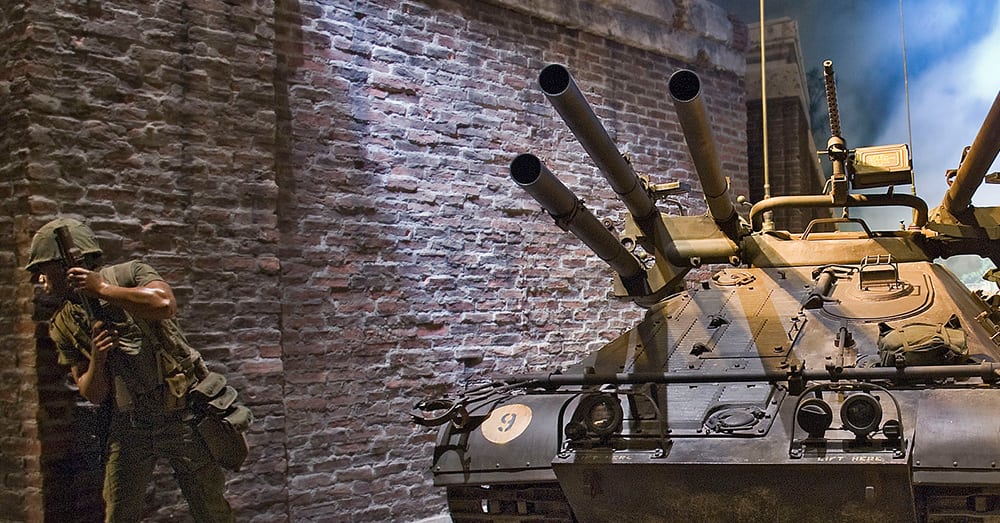 Source: flickr/ Ron Cogswell
A monument to the Battle of Hue City.

In the middle of that chaos of war, “Canley encouraged his men and exhorted them to greater efforts as they drove the enemy from its fortified emplacement.”

Those who fought with him at Hue have a profound respect for “Gunney” Canley. One of them, John Ligato, who served with him as a Pfc in Alpha 1/1 at Hue said, “The sheer cumulative effect of Gunny Canley’s actions and deeds over this continued period rank with the acts of America’s greatest heroes from the Revolutionary War to this present day. This man is the epitome of a Marine warrior.”

Major General Smith said of Canley, he was “The most impressive combat Marine I ever knew.”

Canley’s leadership was recognized and deeply respected by all who served with him over the 28 years he spent in the Marine Corps. Canley retired from the Marine Corps as a Sergeant Major. He is now 80 years old and lives in Oxnard, California.

This man’s bravery and leadership under fire is remembered with much respect and much love by the many Marines who survived that hell on earth that was Hue City during the Tet Offensive in 1968. 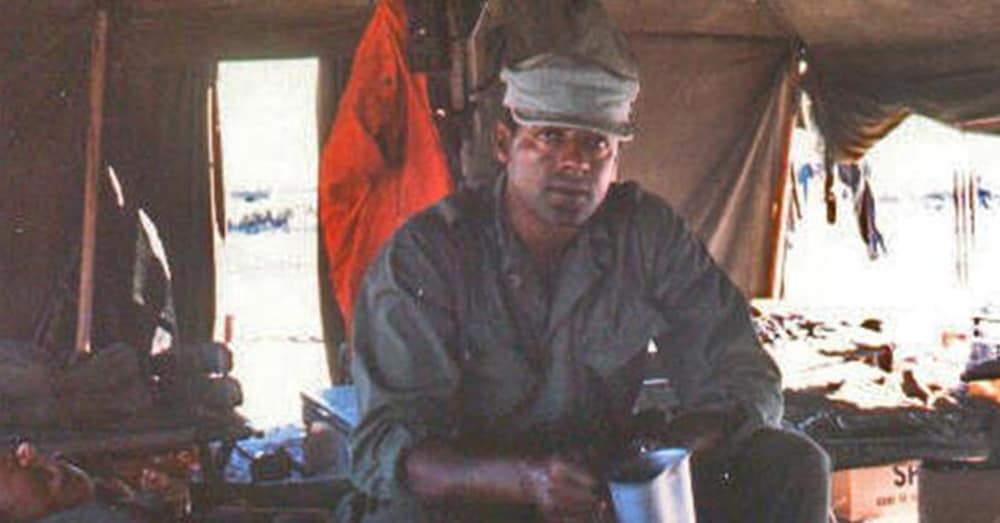 One might ask why he received the Navy Cross, instead of the Medal of Honor, way back then. And how is that second highest award for valor now being upgraded to the Medal of Honor? What has to be done to officially upgrade an award?

Those who fought with Canley, who witnessed his courage and benefitted from his natural leadership skills knew that Canley should have been awarded the Medal of Honor. They have been engaged in a 13-year long effort to make that possible. That effort, of course, had to confront the mire and stultifying red tape of bureaucracy at every level, from the Marine Corps, to the Department of Defense, to the Congress and, finally, to the President of the United States.

They were able to finally get the current Secretary of Defense, James Mattis, a former Marine general who is recognized and respected for his own considerable courage and leadership skills, to read all of the documentation they could provide. Mattis read it all and recognized that Canley was certainly due the Medal of Honor for his actions at Hue. 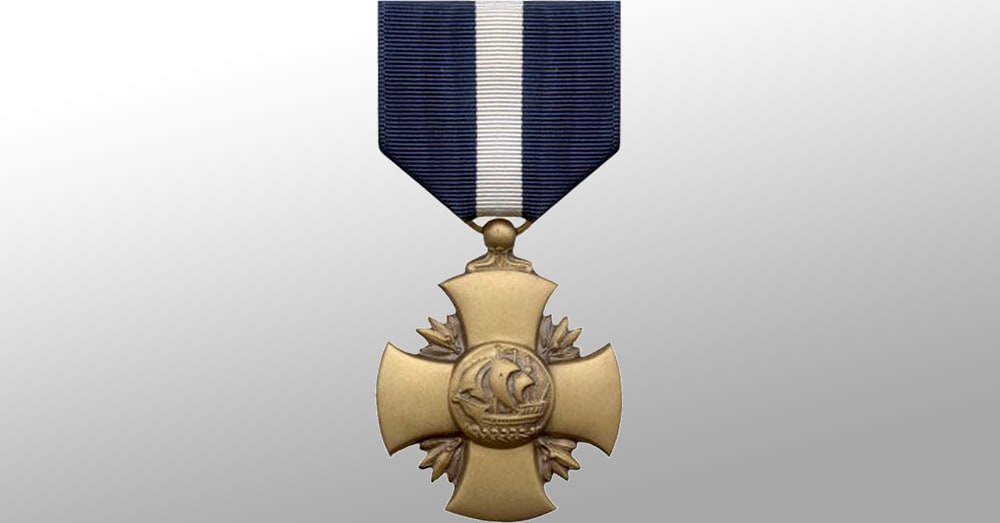 He sent a letter to Representative Julia Brownley, D-CA, stating, “After giving careful consideration to the nomination, I agree that then Gunnery Sergeant Canley’s actions merit the award of the Medal of Honor. Representative Brownley then sponsored a bill in the Congress, H.R. 4641, to “authorize the President to award the Medal of Honor to Gunnery Sergeant John L. Canley for acts of valor during the Vietnam War while serving in the Marine Corps.”

Such a bill was required for one simple reason, that is, to waive the normal 5-year limit on recommendations for the nation’s highest award for valor. Congress passed the bill and it was presented to the President who then signed it on January 29, the night before the State of The Union Address. 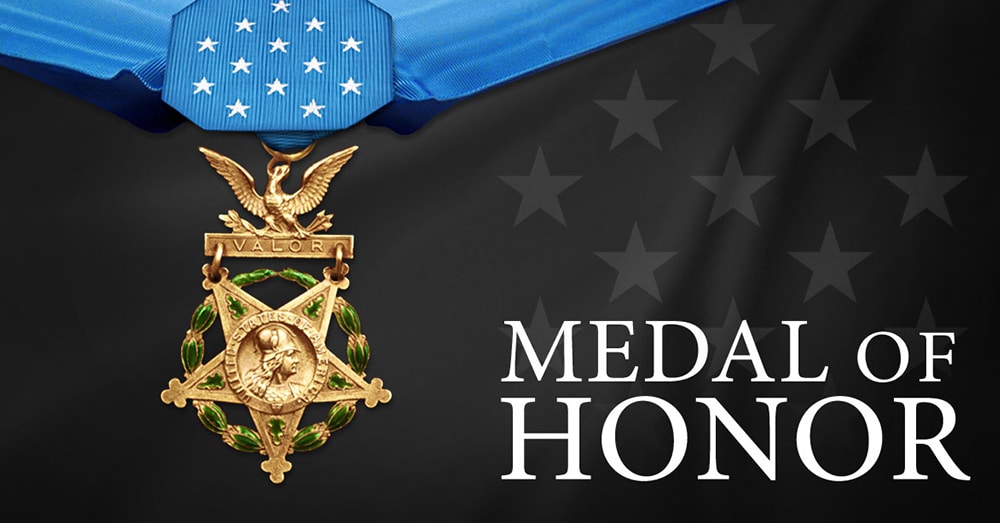 Canley was invited to attend the Address by Representative Brownley.

The date for the formal presentation of the award has not yet been determined. We hope it will be soon. Canley is a humble man. He told Rep. Brownley after hearing that the President had signed the bill, “This honor is for all the Marines with whom I served. They are an inspiration to me to this day.”

The Veterans Site joins Gunnery Sergeant John L. Canley’s fellow Marines in joyful thanksgiving that he has finally been recognized properly for his heroic and Semper Fidelis actions on behalf of those he led during the Tet Offensive and the fierce battle for Hue CIty.

You are an example to all of us. We are proud to be Fratres Aeterni.

The Vietnam War was one of the bloodiest conflicts our country has ever been engaged in, punctuated by many battles, each with its share of heroic men and women in uniform. To learn more about the battle for Hue City, click the button below.