Medal of Honor Recipient Fought For His Men Against All Odds

In Vietnam during 1966 we were still, for the most part, fighting large numbers of hardened Viet Cong (VC) soldiers. These troops were primarily South Vietnamese rebel fighters and they were very tough and dedicated troops.

They were, of course, supplied by the North, but the North had not, as yet, committed large numbers of its own troops in the war.

In November of that year John Baker, Jr. was an assistant machine gunner with Alpha Co., 27th Infantry. On the 5th of November his unit was given the mission to help out another platoon that had been surrounded by some 300 VC and getting pounded. 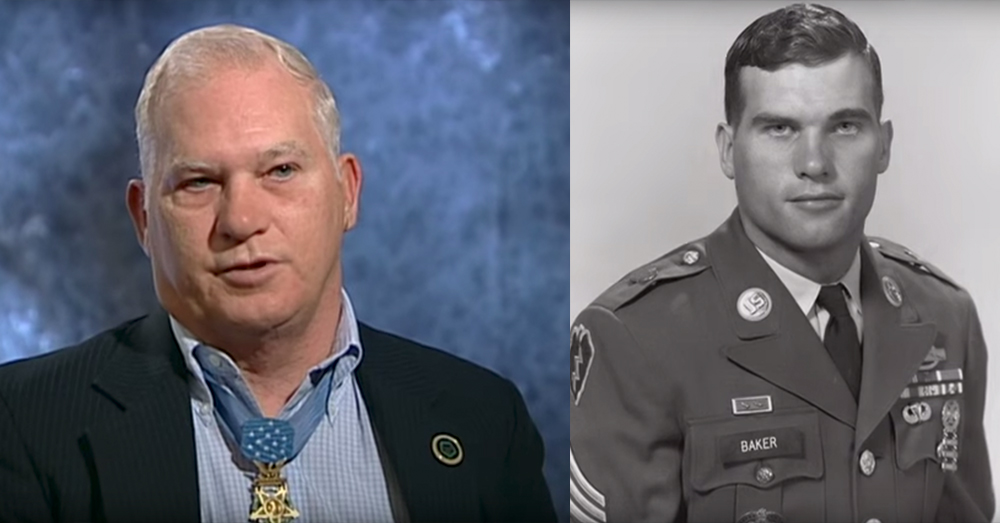 They started out on this mission with some 257 men. They were helicoptered to an area at some distance from the ongoing battle and were inserted into the typical jungle terrain of the central highlands. They then began to move throught the jungle toward the surrounded unit.

As they were making their way through the incredibly dense and dark jungle terrain, they came into contact with the enemy themselves and quickly found themselves surrounded, by an estimated 3,000 VC soldiers who were fighting from well camouflaged cement bunkers. 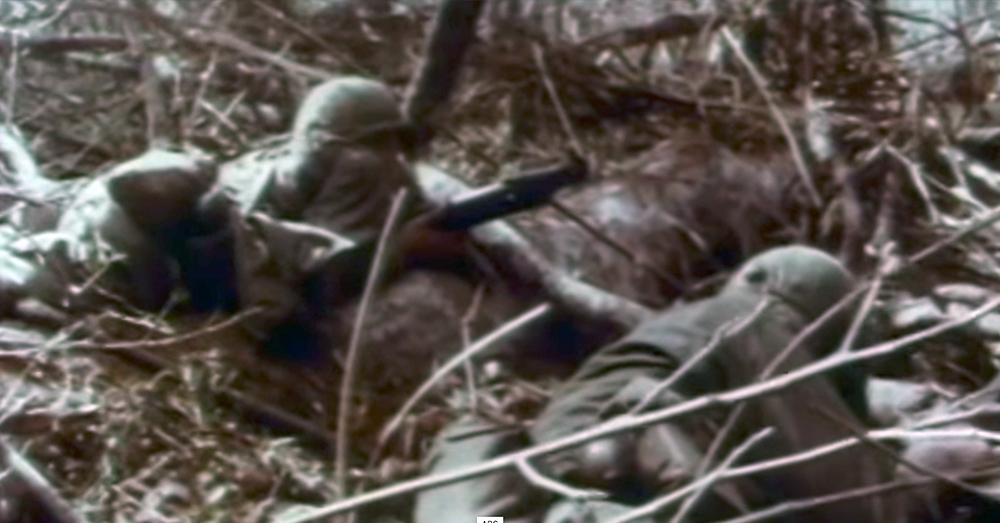 They realized that there would be only one way out of that mess and that was to fight their way out.

They were taking withering fire from almost every direction. Men were getting killed all around Baker. He recounts here in this video how there comes a time in situations like this that there is a certain moment where you just get a burst of energy and your training kicks in and you just begin to act. 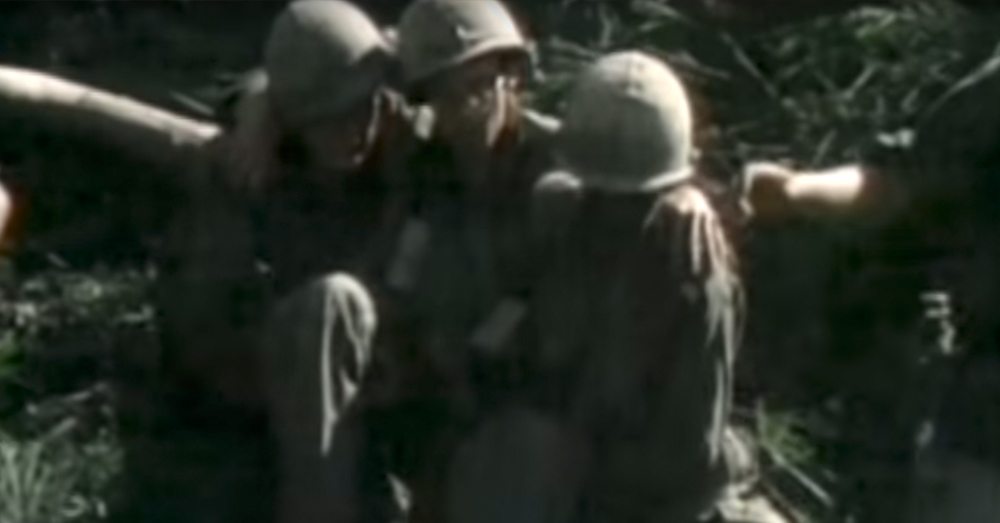 Source: YouTube/MedalOfHonorBook
Baker managed the rescue of his medics while fighting back the VC.

He immediately took out a couple of the cement bunkers where VC had been laying down extremely heavy fire and then carried back a couple of wounded men to medics.

At some point he was wounded by shrapnel from a grenade, but kept fighting on. Within an hour and a half of this very intense fighting, he would take out another four bunkers and drag another 6 men back out of the line of fire. In the process he would kill up to as many as 10 of the VC. 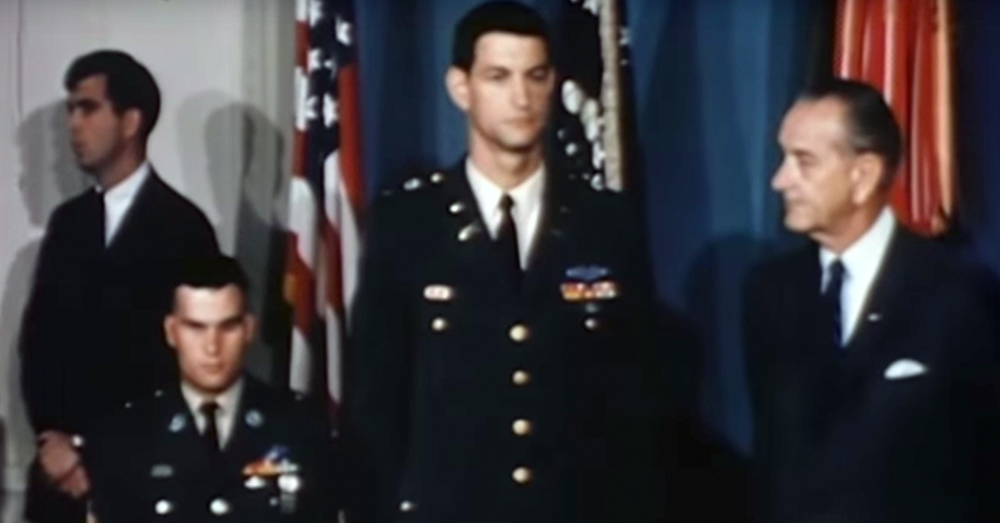 Baker made it home from Vietnam and while he was still serving in the Army in 1968 he received a phone call from President Johnson. He was invited to the White House to recieve the Medal of Honor for his actions that day in November of 1966. He and one other soldier from that unit both received the MOH that day. 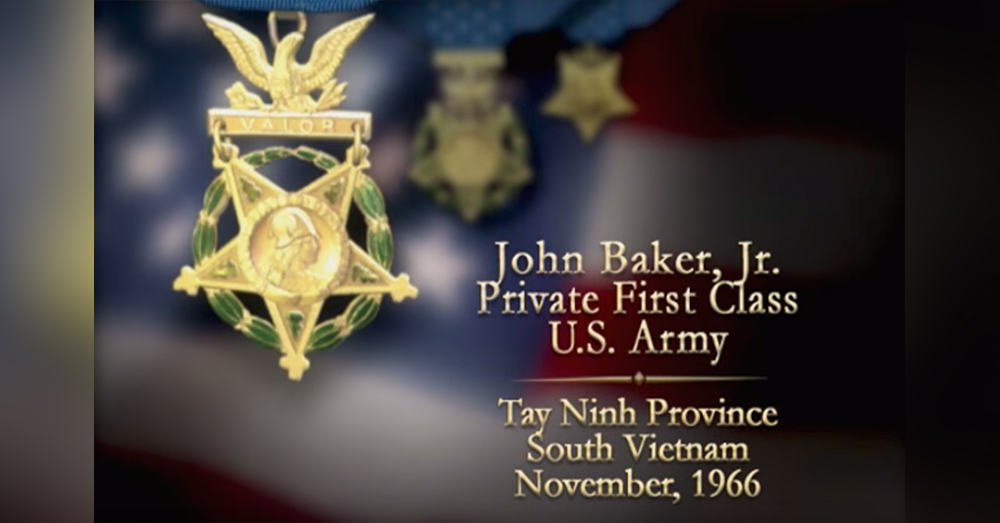 Baker is 5’2″ tall, the other soldier was 6’7″ tall. You will see them standing next to each other in a picture taken that day in this video. President Johnson called them, “Mutt and Jeff”.

The Veterans Site sends its respect and thanks to John Baker, Jr. for his courageous service and dedication to his brothers serving in Vietnam in 1966. We offer him our sincerest “Welcome Home.”