A Vietnam Veteran Died After Being Found Covered In Ants, And It’s Sending Shockwaves Through The VA

When VA staff eventually checked on the veteran, he was alive but too weak to speak. The facility staff cleaned Marrable and the bed, changed the sheets, and left once more.

By the next day, Marrable was covered in even more biting ants than before.

“His room had ants, the ceiling, the walls, the beds. They were everywhere,” Marrable’s daughter, Laquana Ross, told Channel 2 Action News. “The staff member says to me, ‘When we walked in here, we thought Mr. Marrable was dead. We thought he wasn’t even alive, because the ants were all over him.'” 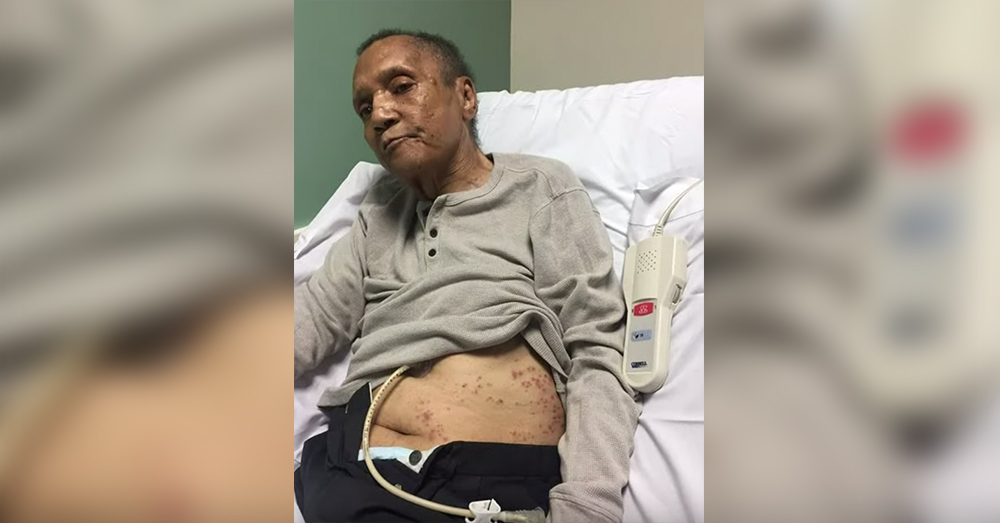 Source: Youtube/11Alive
Joe Marrable was found covered in ants, hours before he died.

Just one week prior, Ross was told he was checked on regularly by hospital staff. She was shocked to find her father’s lifeless body covered in insect bites, seemingly forgotten about within the assisted-living facility .

VA staff promised Ross they would mover her father to a new room and check on him every 15 minutes.

An hour later, Marrable was dead. 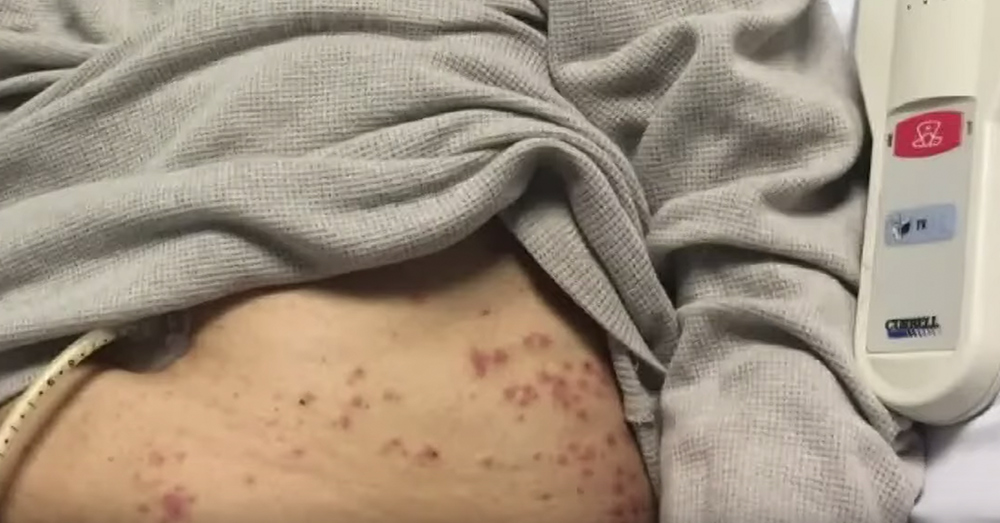 Source: Youtube/11Alive
The Vietnam veteran had ant bites all over his body.

“I felt very small in the world Saturday when my dad died,” Ross told CNN. “Now I am able to share his story and my dad matters to someone beyond me and my family. Now the world knows and the world cares that this happened.”

Marrable’s undignified death is now shining a harsh light on the responsibility of caregivers at the facility.

“What happened at Eagles’ Nest was unacceptable, and we want to ensure that Veterans and families know we are determined to restore their trust in the facility,” Veterans Health Administration Executive in Charge Dr. Richard Stone said in a statement. “Transparency and accountability are key principles at VA, and they will guide our efforts in this regard.” 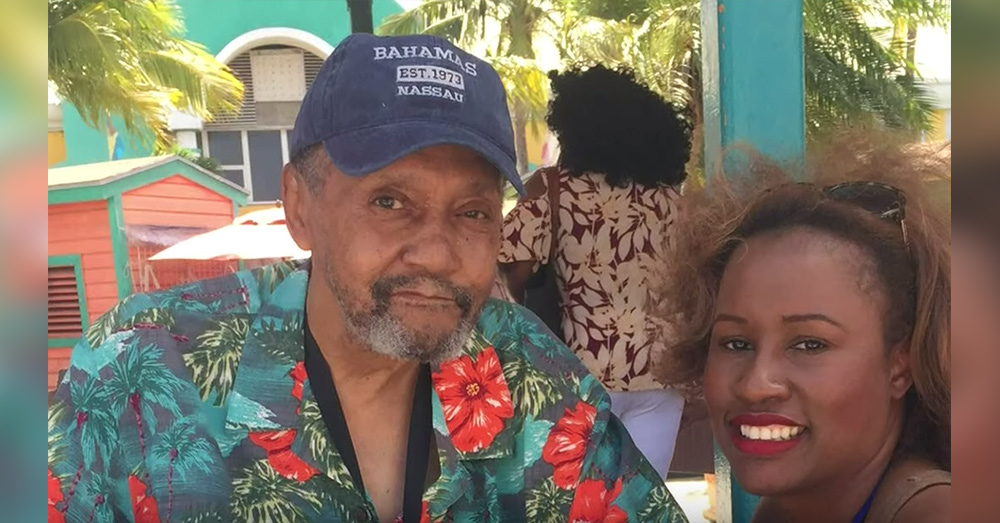 Disappointed in the VA, but not deterred from sharing her father’s story, Ross is hoping this incident will force systematic changes.

“Maybe this can move the needle and improve the process,” she said. “The VA is busy. They have a lot of patients and huge needs they have to address.”

Since Marrable’s death, the director of the regional VA network was placed on immediate administrative leave, replaced by Scott Isaacks, the Charleston, South Carolina, VA Medical Center director. Seven of the medical center staff members at the Atlanta VA medical center staff were moved into positions where they will not be responsible for patient care. The regional chief medical officer has also been asked to handle administrative duties while the facility is evaluated for quality and safety of care.

Meanwhile, all staff members at the Atlanta VA are being retrained on best practices for reporting urgent issues.

The Atlanta VA Health Care System maintained in a published statement that it, “always strives to provide Veterans with the very best health care available. When we don’t meet that standard, we hold ourselves accountable.”

“That’s why we have initiated a top-to-bottom review of this situation to ensure it never happens again. We have apologized to the Marrable family and taken immediate action to correct this issue and ensure no other Veterans will be affected in the future.” 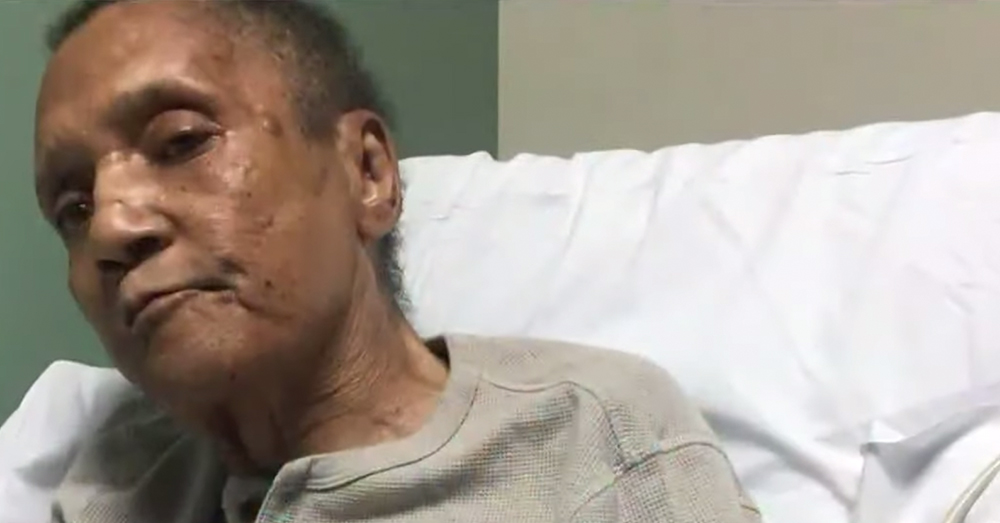 Source: Youtube/11Alive
The Atlanta VA has promised to retrain its staff after Marrable’s death.

The Atlanta VA Health Care System leadership team has been notified that ants were found in our Community Living Center and impacting patients. CLC staff immediately cared for the Veterans and took action to ensure no other CLC residents were impacted. We would like to express our heartfelt remorse and apology to the Veterans’ families and have reached out to them to offer appropriate assistance.

The following actions have been taken to address the ant issue at the CLC:

Atlanta VA Health Care System always strives to provide Veterans with the very best health care available. When we don’t meet that standard, we hold ourselves accountable. That’s why we have initiated a fact finding on the nursing and environmental care processes to ensure we are providing safe and effective care.

Our response to this incident is an opportunity to reevaluate our overall operations to provide even better care to our Veterans moving forward.

These precautions may prevent future such incidents from reoccurring, but they do little to restore the dignity of the Vietnam veteran who was overlooked. Comments on news stories describing the incident have been suffuse with outrage. Public officials have voiced their anger, as well.

“I am shocked, horrified and downright maddened by the news that a veteran under the care of the VA was treated so poorly and without any regard for his wellbeing,” said U.S. Senator Johnny Isakson. “This patient, at the end of his life, was clearly not being monitored closely enough, and I am so sad for his family who had to discover his insect-infested conditions before anything was reportedly done. I have spoken with Deputy Secretary Byrne to demand answers and express my dissatisfaction across all levels of the VA for allowing this to occur and for failing to inform Congress about this incident until just hours before news broke. I’ve also spoken to the veteran’s daughter and offered my deepest condolences and offered to help in any way I can to ensure that her family is taken care of and that those who allowed these conditions to persist be held accountable to the fullest extent.”