Out of all those millions of dedicated, committed and heroic servicemen and women only a few have received the nation’s highest award for valor, the Medal of Honor.

This is about one of those men. 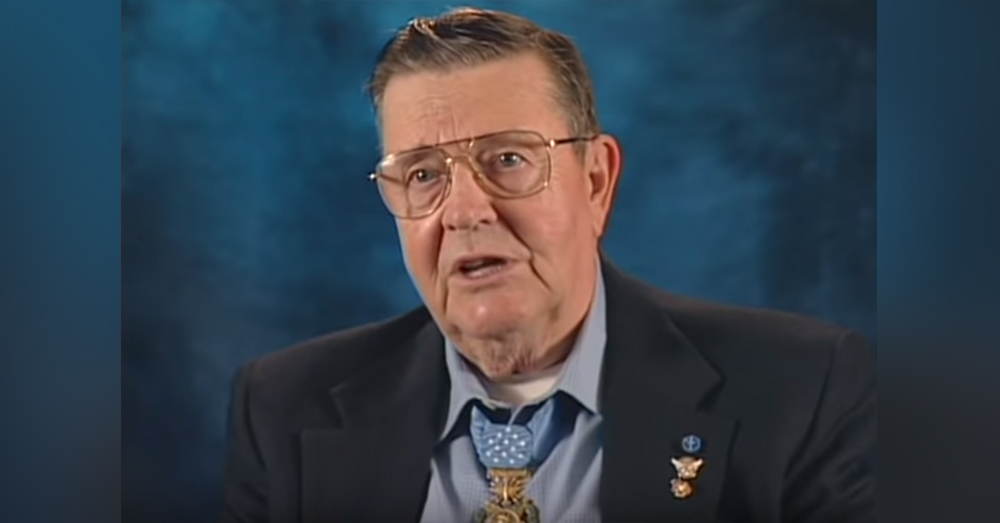 Lt. Col. Joe Jackson served our country in three wars; WWII, Korea, and Vietnam. Jackson joined the United States Army Air Corps in March 1941 as an enlisted man and mechanic. On one occasion, another man was sick and Jackson replaced him on a flight. During the flight, one of the engines caught fire and the pilot turned to Jackson inquiring how to put out an engine fire.

Jackson told him to “feather the engine,” which the pilot did and the fire went out. 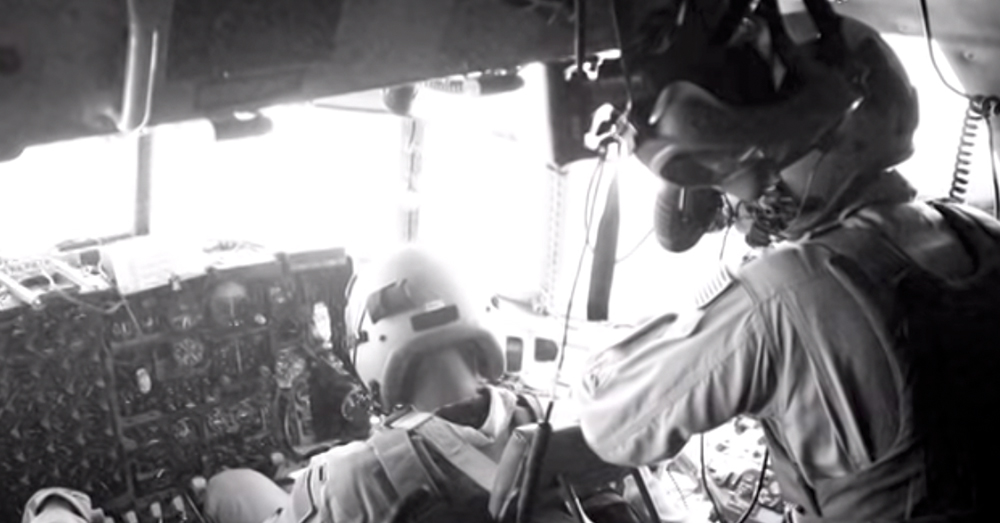 Source: YouTube/MedalOfHonorBook
Transporting survivors out of war-torn Vietnam was no easy task.

Jackson got to thinking that he knew more about the plane than the pilot did, and he decided he wanted to learn how to fly. After flight training he was commissioned as a pilot in April 1943 and spent the rest of WWII as a gunnery instructor.

During the Korean War he flew 107 missions as a F-84 fighter pilot. In 1968, he volunteered to go to Vietnam and was assigned as a C-130 cargo transport pilot. On May 12, 1968, he was on a routine resupply mission near the DMZ when he got called back to Da Nang for a special mission to rescue a Special Forces unit and their South Vietnamese allies at a base called Kham Duc that was being overrun by a massive NVA force. 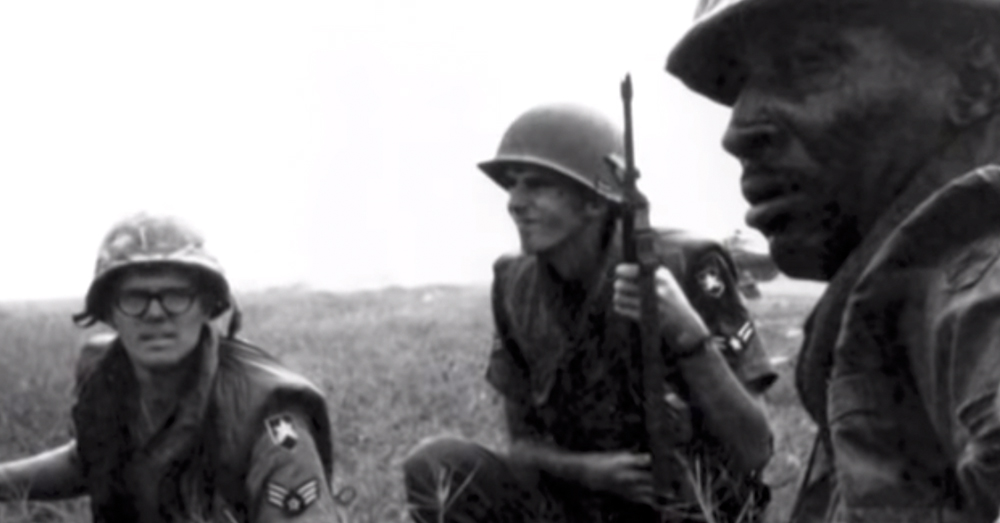 Source: YouTube/MedalOfHonorBook
Jackson was called to rescue three combat air controllers from a base in Vietnam.

Jackson was told to fly to the south end of the airfield at Kham Duc and to orbit there for further orders. He did just that and while orbiting he watched the first C-130 approach the airstrip to land and to pick up as many of the besieged Special Forces and South Vietnamese troops as possible. That plane had all four engines shot out on the approach. The second C-130 went in and was able to take some 120 persons on board.

As it took off from the strip, though, it was hit and went down. All were lost. 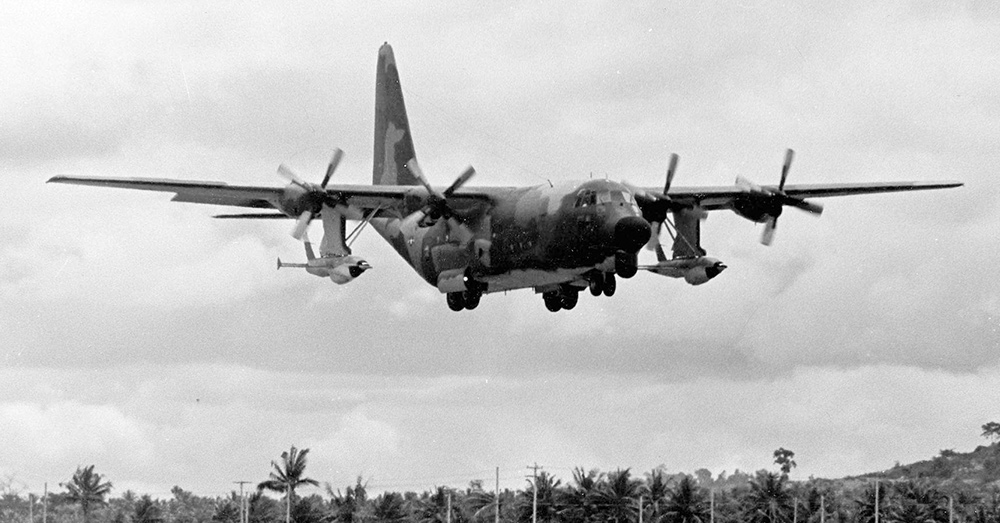 Source: YouTube/MedalOfHonorBook
Jackson was assigned as a C-130 cargo transport pilot in Vietnam.

Then, just as the fighter jets we about to approach on their first runs, the pilot of the 3rd C-130 reported that there were still 3 combat air controllers left on the ground. Jackson was asked if he could get in there and get them. He said “Yes,” and from 9,000 feet, he turned his plane into a steep dive, lost all that altitude in an incredibly short period and was able to touch down in the first 27 feet of the runway. 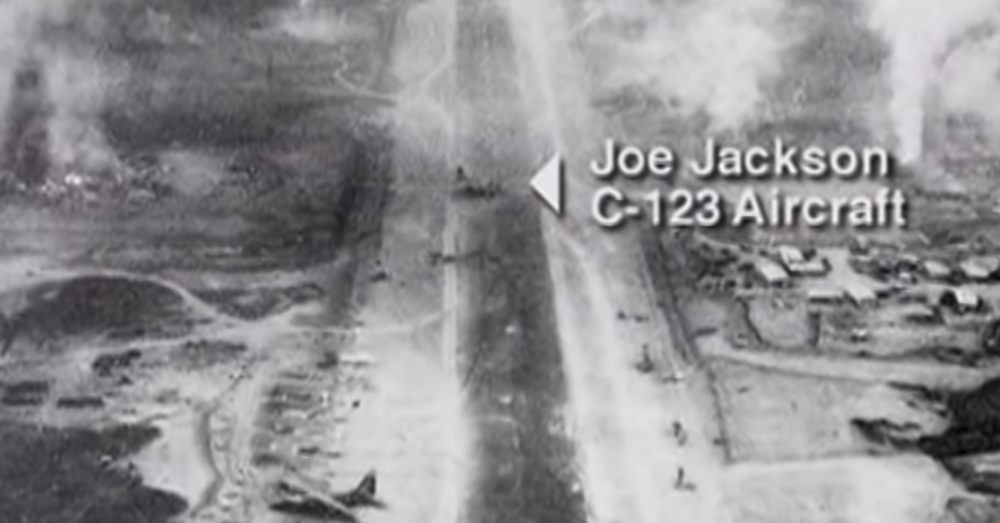 Jackson’s plane stopped right where the three Special Forces combat air controllers were hiding in a ditch. As they were running to board his plane the crew was shocked to see a 120mm rocket heading toward them down the airstrip. It skidded on the runway, broke in half and came to a stop just before the nose wheel of his plane, but did not explode.

They got the men aboard. Jackson then gunned the plane down the runway and began taking small arms and automatic weapons fire, but he was able to get out of there. 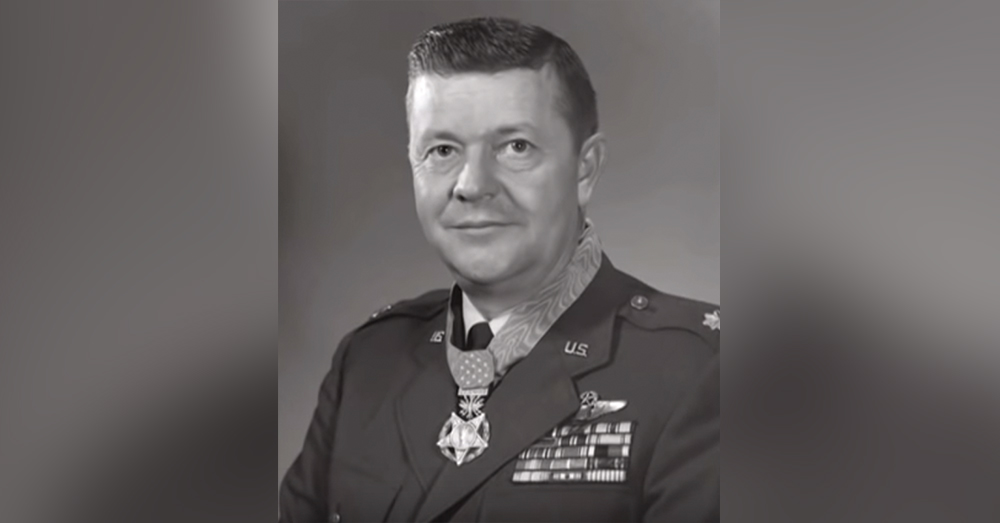 Source: YouTube/MedalOfHonorBook
Joe Jackson was awarded the Medal of Honor for his bravery in the Vietnam War.

Jackson said there were two miracles that happened that day. The first was the getting in and getting out, and the second was that when they landed back in Da Nang, there wasn’t a singe bullet hole in his plane.

In talking about the Medal of Honor, you can see that Jackson, like all those who wear the MOH, is very humble. He knows that his job is to represent all who have served. But his final words are the best. He tells us the most important thing he learned from his mother and his minister was that you should “always do the right thing.” 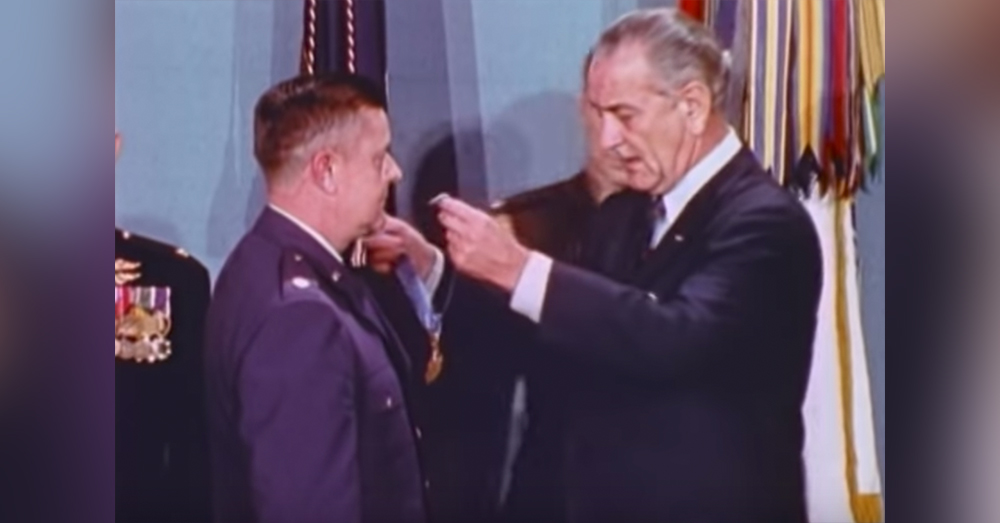 Then, with his own hard-earned wisdom, he adds what we are often are caught wondering, “How do you know what the right thing to do is?” His response to his own question is instructive: “It’s usually the option that you like the least.”

The Veterans Site honors the courage that Lt. Col. Joe Jackson showed on that day in May 1968. Our respect and thanks go out to him and his crew for what they did for those Special Forces and South Vietnamese allies that day.