British Army veteran Jimmy Johnson has been locked away in prison for the last 40 years for killing two innocent men. His book, however, is helping thousands across his country and around the world get a better understanding of Post Traumatic Stress Disorder.

It’s recommended reading for police stations, prisons, and hospitals. Johnson’s “Veteran’s Survival Guide” tells the story of his service in Northern Ireland in 1972, the graphic violence he saw there–the origin of his combat PTSD–and the events that led to his imprisonment. The author believes that, had someone studied and diagnosed him with PTSD back then, his life and possibly two others would have turned out much differently. 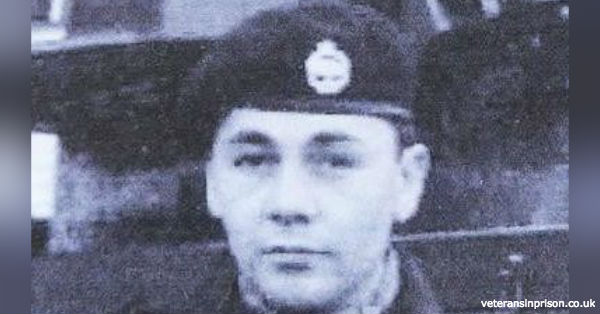 Jimmy Johnson served in the Royal Tank Regiment for 10 years before being honorably discharged.

Shortly after Johnson was honorably discharged from the Royal Tank Regiment in 1974 after a decade of service, he found himself drinking heavily, with erratic emotions. He would eventually kill a man with a scaffolding pole while suffering from a flashback.

“I knew that I had killed a man,” Johnson said. “That’s why I pleaded guilty at my trial.”

Johnson spent nine years in prison, during which he received no counseling or treatment for his mental injuries. Eighteen months after being released, he would kill again. He found some building work with a previous employer and one day, anxiety and agitation taking hold, beat the man to death with a hammer.

“The next thing I knew I was hiding under a stairwell,” Johnson says. “That’s pretty much all I remember.”

Apart from his father telling him he had “a bit of what the Yanks had after Vietnam,” it wasn’t until 1985 that Johnson would even hear of PTSD. At HMP Frankland near Durham, he met another “cat A” prisoner serving a life sentence, a medical doctor in his former career.

“He said to me that he thought I was suffering from PTSD,” Johnson told the Guardian. “That was the first time I’d heard of it. He also gave me the contact details of a former colleague of his who specialised in it. So I wrote to him. This other doctor wrote back and explained that he had helped many ex-servicemen with various levels of trauma exposure, but I was the first he had heard of in prison. His letter was a godsend to me. Suddenly I had some understanding of what might have been going on.” 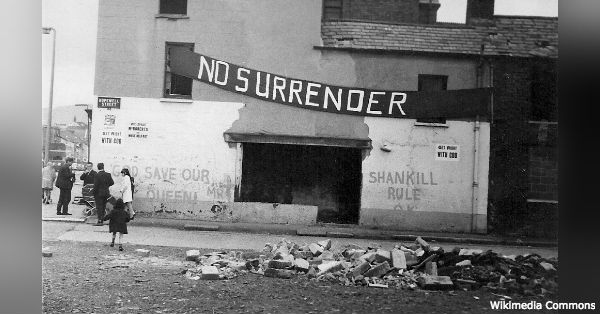 Johnson served in the British Army during the 1970s. He experienced first-hand the bloody ethno-nationalist conflict in Northern Ireland.

Even with this new understanding of PTSD, were it not for Lord Dannatt, a former British Chief of the General Staff, Johnson’s words might not have traveled as far. Lord Dannatt met Johnson at HMP Frankland and the two shared a conversation about PTSD, what could be done to raise awareness, and Johnson’s book. Impressed, Lord Dannatt returned for another visit with Johnson, and let him know that printing costs could be handled by military charities Combat Stress and SSAFA.

“He pleaded guilty, he knew he had to be punished, but he knew there was something wrong with his own actions. What he didn’t know at the time was that he was undiagnosed with severe PTSD and that had taken over and begun to control his character,” Lord Dannatt told the Telegraph. “Some of the things that affected him changed his character, and it was the changed character of Jimmy Johnson that murdered a man, committed a life sentence, came out and had a flashback and murdered another man. If he had been diagnosed earlier and treated earlier, he would have learnt at least coping mechanisms to be able to recognise the problem and take himself away from the situation and maybe at least one of those two men wouldn’t be dead.”

Today’s doctors are aware of PTSD and are researching many different options as possible treatments. Unfortunately, there is very little consistency from one case of Combat PTSD to another, and so there’s no one-size-fits-all answer when treating it. For some, the options may even be overwhelming. Follow this link to share your opinion on the best treatment for PTSD and help us find an effective way of comforting our veterans!