The first time I ever knew of Jim Northrup was when I saw a documentary about Native American veterans on PBS some years ago. He recited a poem of his that he had written from his experience as a Marine in Vietnam. The last lines of the poem spoke deeply to me as a fellow combat veteran.

He expressed our experience in universal terms, as well as from his own unique view, and that of the perspective of his own culture.

This video gives a sense of the man, his sense of humor, his love of life, and his courage. I saw this only recently as well. It was a speech he delivered to fellow veterans and their families delivered at Lambeau Field in Green Bay, WI.

Mr. Northrup passed away in August of last year, just a few months ago. He died where he was born and lived most of his life, on the Fon du Lac Reservation in Minnesota. He was an Ojibwe, or Anishanabe, man who grew up on the reservation and who struggled with many of the issues that Native Americans encountered as a result of the reservation system and other damaging realities that the U.S. government forced upon them in the late 19th and 20th centuries. 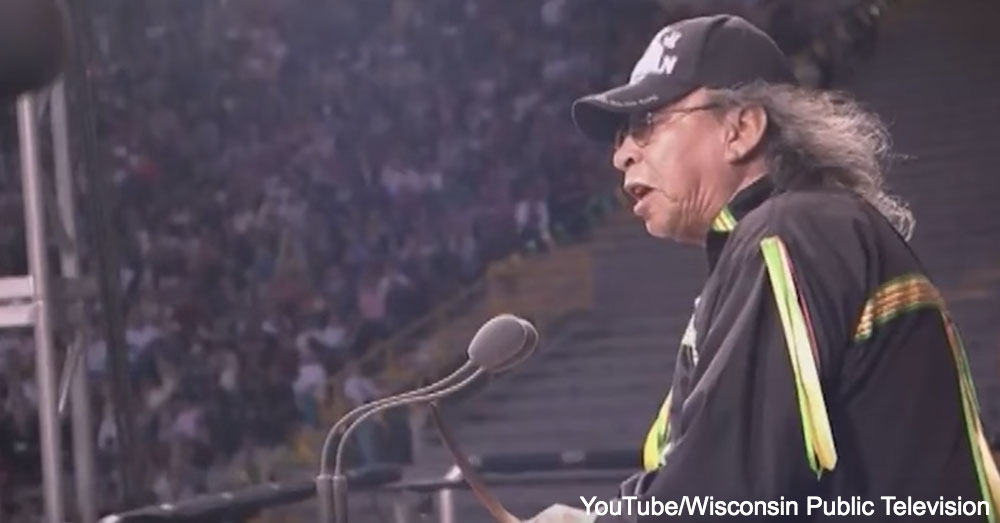 As a child he was taken away from his family and forced into a government boarding school, where the children were punished for speaking their native languages and were forced to adapt to American/European ways. He was sent to reform school in his late teens. He joined the Marines though and spent “5 years and nine days” in the Corps. Many of us who served during that time could date the number of years and months and days we were in with that same kind of precision. He spent the last 13 months of his time in the Corps in Vietnam. He has written powerfully about this in both prose and poetry form.

When he came home from Vietnam he was suffering from the effects of PTSD, before it was a recognized phenomenon. He relates to this in his poem. After a few years of trials with alcohol and finding some peace, he moved back to the Fon du Lac Reservation, put up a teepee, and lived in the traditional ways of his Ojibwe culture. Northrup and his wife made traditional winnowing baskets and canoes and other objects. They harvested wild rice in the way their people had done it for centuries. And he began writing about his experiences, both on the reservation and in the Corps, through a fictional character he named Luke Warmwater. 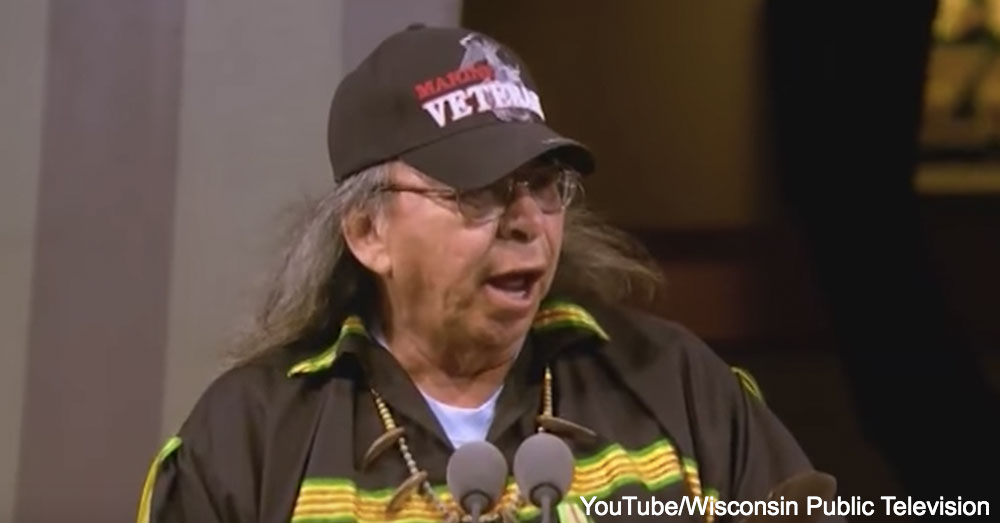 Northrup was prolific. He wrote powerful poetry and many books about reservation life with titles like: “Walking the Rez,” “Rez Road Follies,” and “Anishanabe Syndicate: Views from the Rez.” He also became a syndicated columnist writing a column called, “Fon du Lac Follies.”

Mr. Northrup was interviewed by the Duluth News Tribune earlier last year, where he revealed that he had been diagnosed with terminal kidney cancer. He attributed this to his exposure to Agent Orange in Vietnam. He told them about a vision he had had when, on another occasion, he felt he was on the way out of this world. He said that in his vision he was paddling a canoe on a lake and he began to hear voices, laughter and song, from the other shore. He went toward them, but was turned away. Not his turn. However, when the vision passed, it left him with a sense of acceptance, peace.

He told the New York Times: “I know where I’m going. I’m going to, as the Ojibwe called in the language, the land of everlasting happiness. There is nothing to be afraid of. It’s just a different world.” Then, in his own unique sense of humor, he added, “I’m changing addresses.”

May I suggest that, if you did not know of this good man, you might try to Google him and, even better, find some of his books and read them. You will learn much about the nobility of man in the ordinary characters of his poems and stories.

The Veterans Site wishes to extend its condolences to the Northrup family, and to the Ojibwe People of the Fon du Lac Reservation. We honor Jim Northrup for his service in the United States Marine Corps in Vietnam as well. Canoe in peace, good warrior.