He Never Lost Track Of The Mission: Meet The Last Fighter Pilot Of WWII

In wars, there is always that day that comes along, after the long bloodletting and destruction of the unleashed forces of human pride and those forces who are called upon to defend the innocent from them comes to an end.

The end is never subtle, never a thing of glorious triumph and sudden, newfound peace. There’s always some unit, some division, that doesn’t get the word that the war is over, And people die, even though the powers-that-be have made the formal gestures and the ink has dried on a formal surrender document. WWII was no different. This story is about the last fighter mission over the homeland of Japan on the day that the war ended. It is also about a person, Captain Jerry Yellin, the man who led the last mission and the events of that day. You can see him and hear him tell of it in the attached video. 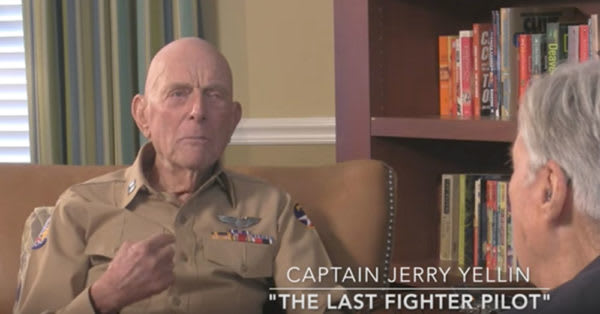 The date was August 15, 1945. The two atomic bombs had already been dropped in Hiroshima and Nagasaki. The Nagasaki bomb had done its terrifying work only 6 days before. But Japan and the Emperor had not yet surrendered, even in the face of the inconceivable destruction that had rained down upon Hiroshima and Nagasaki. Those two cities had been devastated by a new and, until then, unbelievable technology: atomic bombs. It was clear that the United States had developed a weapon the likes of which the world had never seen before.

Still, there was a struggle going on in Japan between forces who saw the writing on the wall and wanted to surrender, and those who found the idea of surrender so distasteful that they would never submit to it; they would rather fight until the last man and kill as many Americans as they could. The Big Six military leaders in Japan were split evenly, 3-3. Japan, in all of its long history, had never lost a war before. To the conservative factors, surrender would have meant unbearable shame. To those more realistic, it was a matter of the Japanese culture surviving beyond this moment. 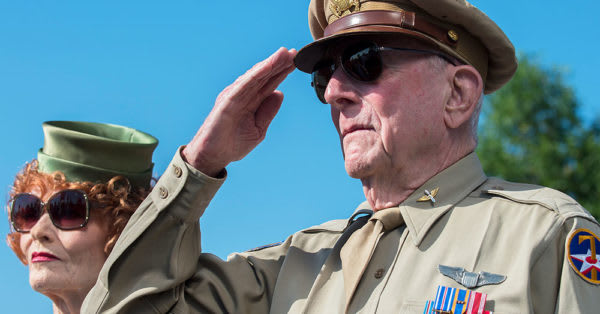 Captain Yellin and his P-51 squadron, the 78th Fighter Squadron, of course, had no idea of the internecine problems going on in Japan. He simply had another mission to command and fly. The 78th took off from Iwo Jima for Japan on the morning of August 15, 1945. The night before a flight of 300 B-29s had flown bombing missions over the Japanese homeland. He and his flight were given the mission of finding and strafing airfields around the Japanese capital, Tokyo.

As they approached the Japanese coastline, Yellin ordered his wingmen to drop their external fuel tanks over the ocean. They flew over the sunlit slopes of Mt. Fuji on the way to Tokyo. When they spotted their targets they went in to do their mission. They encountered heavy ground fire on the way in, but were able to do a great deal of damage as well. Yellin looked at his fuel gages and felt confident that he had enough to continue the mission, but heard from one of his fellow pilots that he was down to 90 gallons, the amount needed to get back to Iwo Jima. Capt. Yellin ordered their return to Iwo. 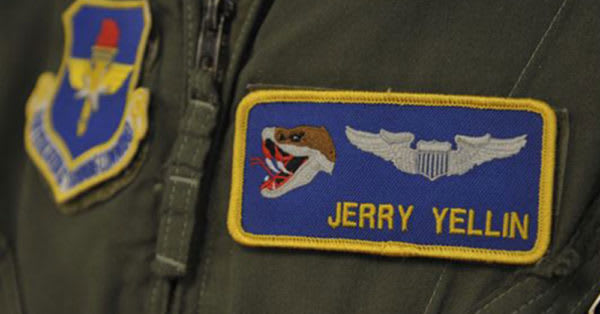 As they approached the sea again, a large and typical cloudbank had formed and they had to fly through it at about 7,000 feet. When they went in, Yellin was focused on his navigation instruments. All of his planes had gone into the cloudbank together, but when they came out on the other side, Yellin’s friend, Paul, did not come out with them. It was believed that he may have been hit by ground fire and gone down.

When they landed back on Iwo Jima, Yellin got the word that the codeword “Utah,” which was the signal that the war was over, had been given to the fleet and all of the air units while they were in the middle of their mission. His friend had gone down after the war was over. But, for him and the others who had survived that long and bloody war in the Pacific, the war was, in fact, over. It was a surreal feeling after they had all been engaged in the costly and difficult effort for so long. 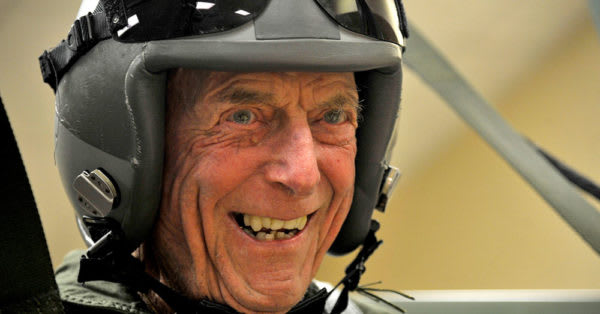 Captain Jerry Yellin, like so many veterans of combat, didn’t even tell his family about his wartime experiences. But what a story he has to tell.

Watch this video of Mr. Yellin being interviewed 73 years after his WWII experiences. He’s in his late 90s, but the memories are, as he says, still fresh in his mind. You can tell that as he recounts a bit of his story here.

WWII was over. Those, like Jerry Yellin, who had fought it, came home and went on with their lives. They did not talk about their experiences, not even with their families. They were no different that other combat veterans from all wars. The experience of war, the intimate experience of it, does not translate into civilian experience. Those who do not have that experience cannot know, cannot understand the overwhelming reality of it. Those who have been through the realities of combat, often want to protect themselves and their loved ones from memories that no human being should ever have to know and carry through a life.

The P-51 pilots of the 78th Fighter Squadron, and their flight leader, Captain Jerry Yellin, would take an unusual place in the pages of the history of WWII. They fought the last mission of the war. 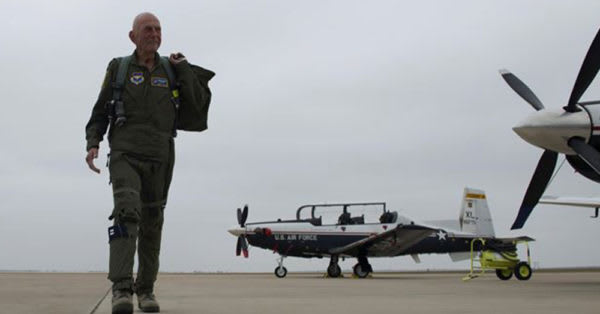 Captain Yellen shows us the character of those who have been called America’s Greatest Generation. Listen to him as he recounts some of his experiences. He is a man of quiet dignity. You can hear the pride of country in his voice.

Our WWII veterans are leaving us rapidly. This is a good piece to share with your junior high and high school children and grandchildren. Captain Yellen is a fine example of the nobility of those who fought on behalf of freedom on two fronts during WWII.

The Veterans Site honors those who served, sacrificed, and died in defense of liberty around the world in WWII. Your dedication, courage, ingenuity, and hard work saved a huge part of the world from the tyrannies of Fascism and Imperialism. We are honored to call you the Greatest Generation.