Relive The Moment Japan Surrendered Aboard The USS Missouri, And The Entire World Held Its Breath

This video captures the drama of the signing of the surrender documents by the Japanese aboard the massive USS Missouri in the heart of Tokyo Bay on September 2, 1945, seventy three years ago.

The black and white images of the signing somehow make this event even more stark and more solemn. 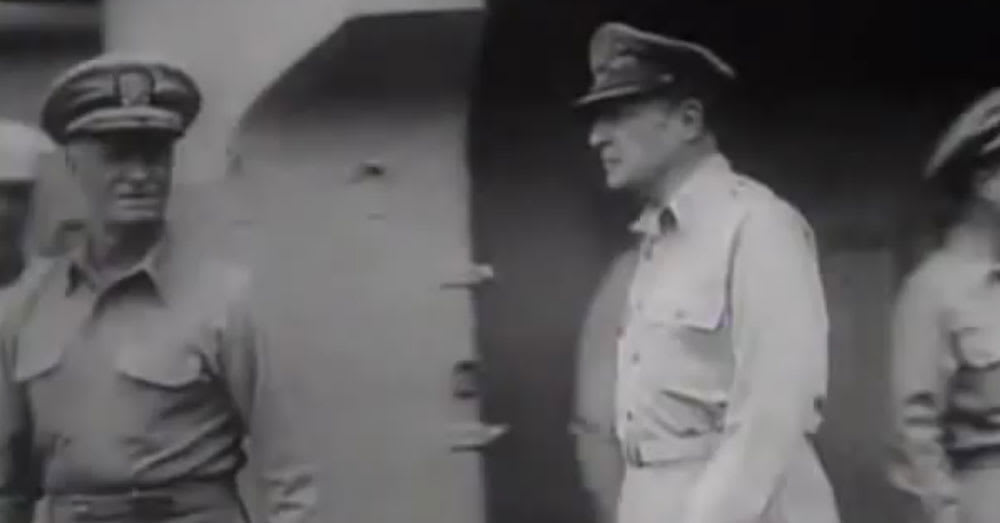 For those of us who were born after WWII, we can only imagine the emotions that the sailors, airmen, Marines and soldiers felt aboard the Missouri that day as they crowded the decks and climbed atop the housings of the big guns to witness this monumental event in 20th century history. Few are alive today that can recall those emotions personally. 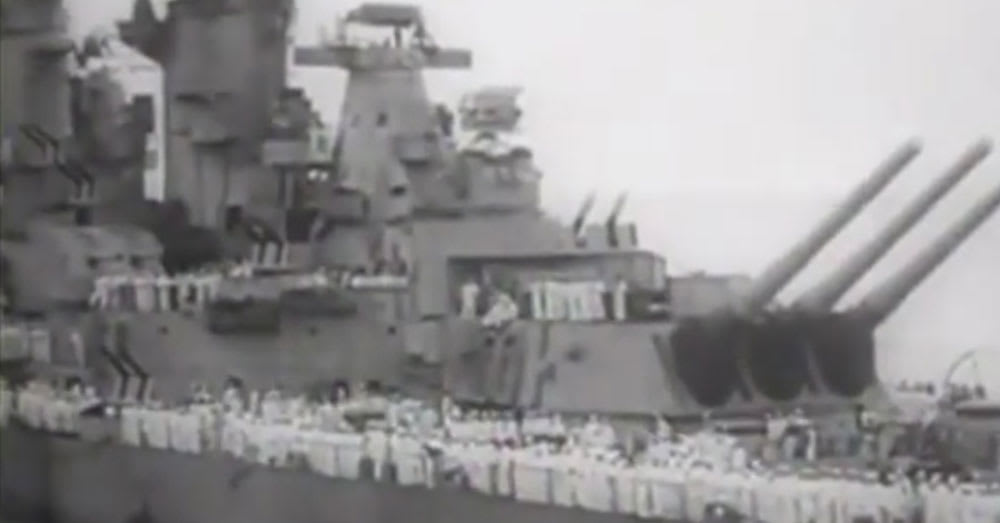 Source: YouTube/alanbirdHQ
The Japanese delegation signed documents of surrender aboard the USS Missouri.

We can only imaging the emotions of all of the people around the world who had suffered and endured the horrors and losses of the most widespread and destructive war in history. They must have been a wild admixture of satisfaction, relief, pride, joy and sorrow.

In the Pacific alone the United States and Britain had fought the Japanese across the wide expanses of the Pacific Ocean and on the shores of Borneo, Malaysia, India, the Philippines and so many other Southeast Asian countries that had been invaded and controlled by the Japanese for 3 years and 9 months. The peoples of China and Korea had felt the weight and destructive oppression of the Japanese Imperial armies longer than that. 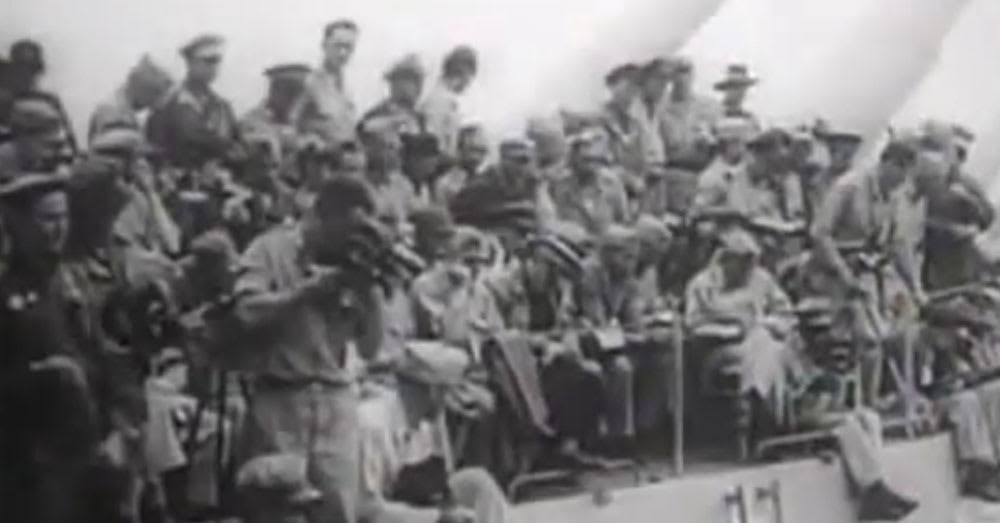 Source: YouTube/alanbirdHQ
Service members and press agents crammed aboard the ship to watch the surrender ceremony.

Under the guns of the battleship Missouri, the Japanese representatives stepped forward to sign the documents of surrender. The ceremonies were carried out with a severe, simple, stark dignity and solemnity. The weight of that moment could be felt by every person aboard the Missouri that day, ally and enemy.

The atmosphere of somber, serious certainty looks as if it could have been cut with a knife.

There was no cheering, no wild, in your face celebration of the victor over the conquered. Though, you can be sure that many would have loved to have done so, the seriousness of this moment in history fell on them all and you can clearly see that in this black and white video. 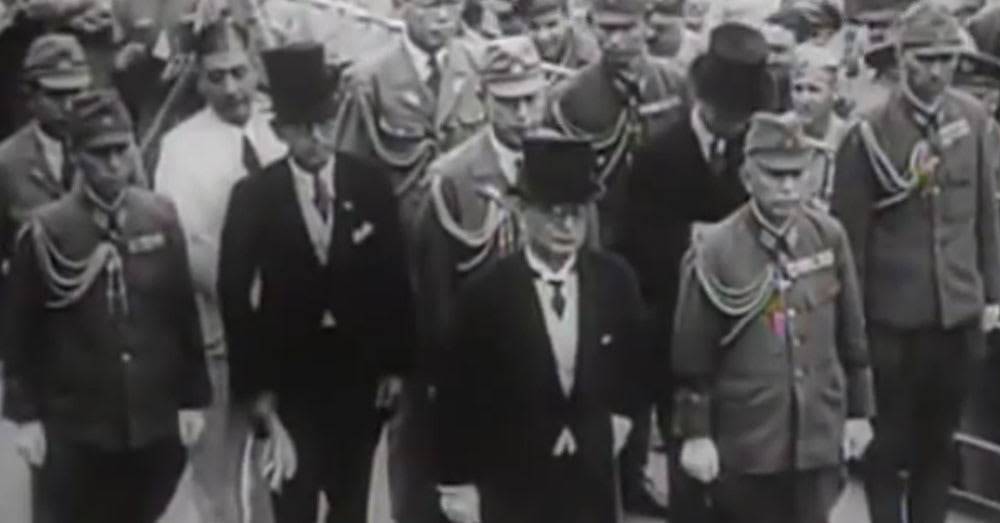 The signing began at 9:05 a.m. and was finished in only a few short minutes, a stark contrast to the long months and years of suffering and sacrifice that the bloody and costly war had brought to bear on the world. 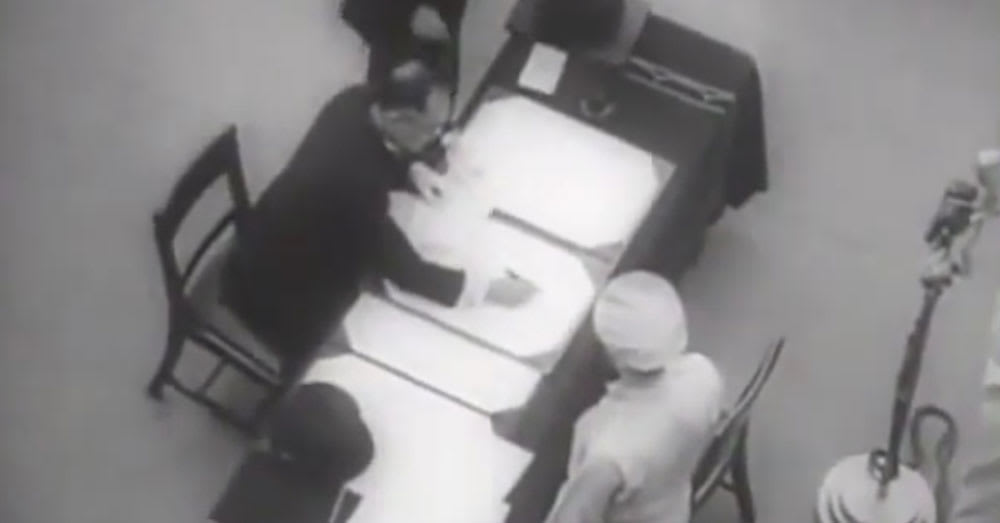 Source: YouTube/alanbirdHQ
The signatures were complete in a matter of minutes.

General Douglas MacArthur, the Supreme Allied Commander, had conducted the ceremonies and at the end of the signing. He stepped forward and gave his final remarks. Again, they were simple, clear and direct, and concluded with this final prayer: “Let us pray that peace be now restored to the world and that God will preserve it always. These ceremonies are now concluded.”

With that, almost a decade of world war in Europe and in the Pacific came to an end. The world breathed a heavy sigh of relief and the hard work of the peace was only beginning.

Let us remember all those who fought and sacrificed on countless battlefields, in the air and on the seas of almost every continent of the world during those terrible years. There’s was a colossal struggle against economically and technologically powerful and implaccable enemies. It was a struggle for the very right to be free from the dominance of the totalitarian forces of German Fascism and Japanese imperialism. It raged across the entire globe and the statistics of suffering are still unimaginable in scope. 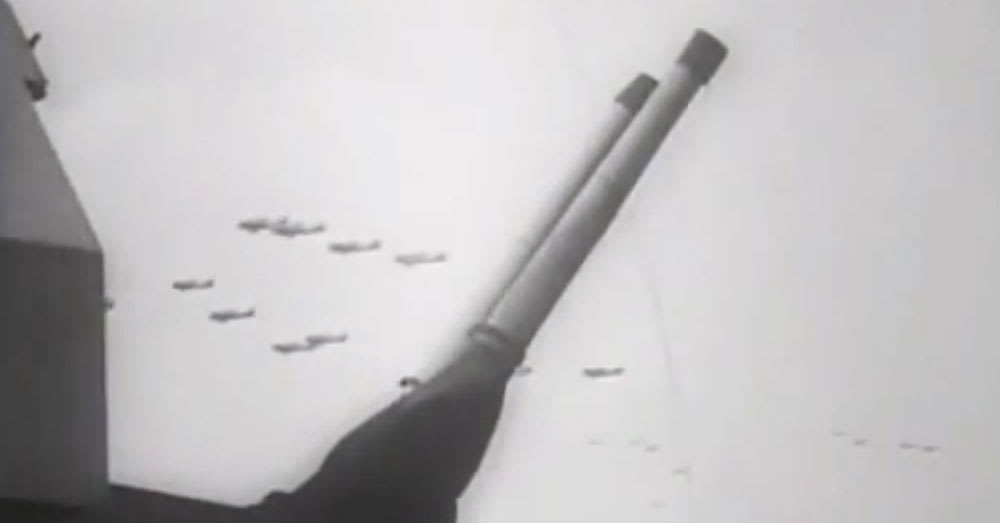 On this September 2, 2018, take a few moments to reflect on that history, on this monumental moment of surrender on the USS Missouri in Tokyo Bay, 73 years ago.

Remember the sacrifices of all those who fought and died to defend freedom all over the world. And give thanks for the energy and the drive that those who came home from that war brought to the rebuilding of this nation. They truly were a generation of greatness.

The Veterans Site salutes all of our remaining WWII veterans and promise to never forget the history that you were part of and the sacrifices you made.