Do You Remember When Japan Invaded Alaska, And The U.S Fought Canada?

Most Americans today know little or nothing at all about the Japanese invasion of Alaska, which resulted in the only loss of American territory during WWII.

It happened in such an out of the way place, and was eclipsed by the mighty sea and island battles that would happen later in the march across the Pacific to defeat Japan in WWII. But it was a real and as desperate a battle as any.

This thirteen minute video gives a detailed account of the 15 month long occupation by Japanese troops of the islands of Attu and Kiska in the Aleutian chain of Alaska.

From June 3-8, 1942, the Japanese landed forces on these islands to take them for their strategic value and in an attempt to get the oil they were so desperate for in order to continue conducting their campaign of conquest in the Pacific region. On the 6th of June, they landed an invasion force of some 5,000 soldiers to take Kiska Island. At the time, there was a small U.S. Army weather team of 10 on the island. Nine of these Americans were captured immediately, but one, was able to elude the Japanese for some 50 days surviving on grass and worms, until he too was captured. All ten would spend the rest of the war in Japanese POW camps. 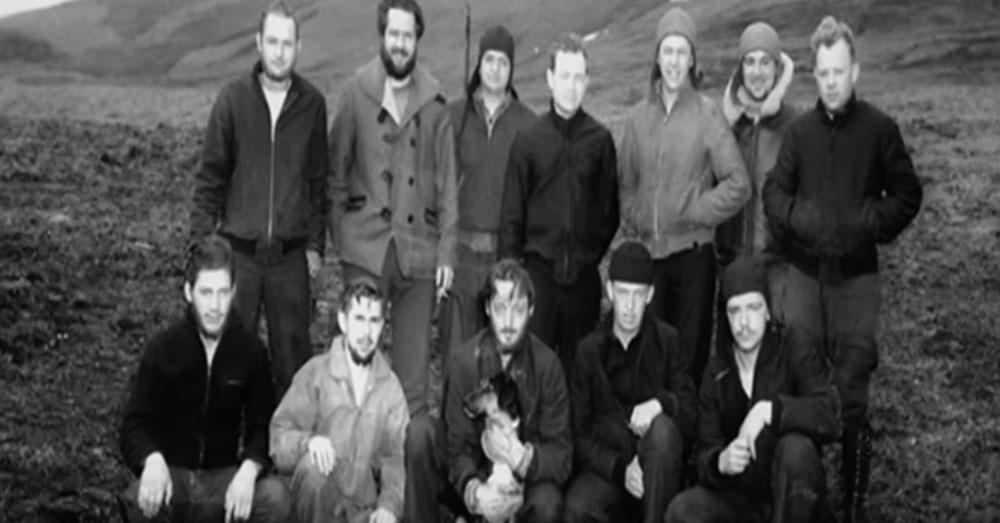 Source: YouTube/Josh Griffiths
All but one of these men were captured by the Japanese.

As was done on Iwo Jima later, the Japanese waited in caves and trenches for the entire American landing force to come ashore so that they could attack them all at once. They began their attack under cover of fog, firing down on the Americans from the high ground with machine guns and rifles and rolling grenades down at the Americans.

The Americans could only fire back into the fog. 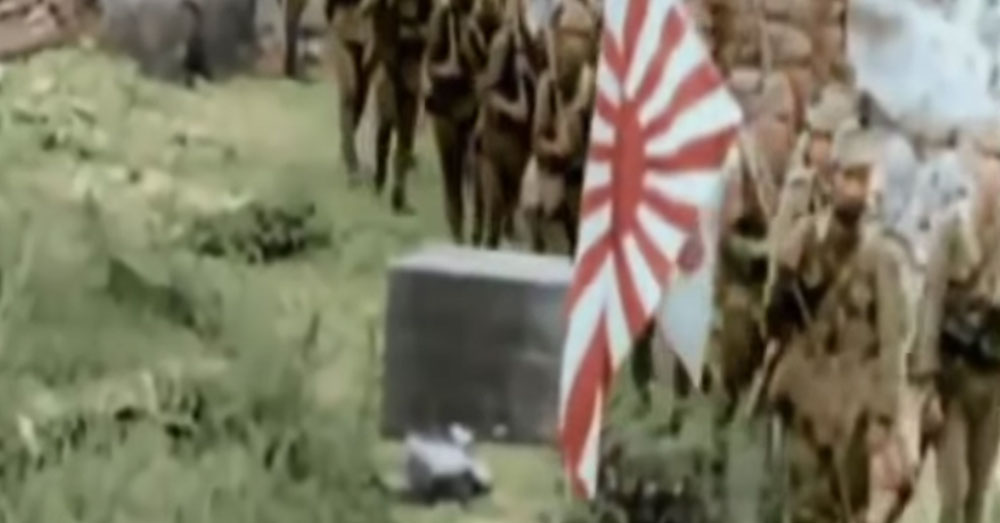 As the day progressed the Americans formed a counter attack. They had little progress for six days, but eventually pushed the Japanese back to a place called Chicago Valley on Chicago Harbor on the island.

On May 29, the remaining 800 Japanese made a Banzai charge into the American lines, screaming, “I die, you die too!” 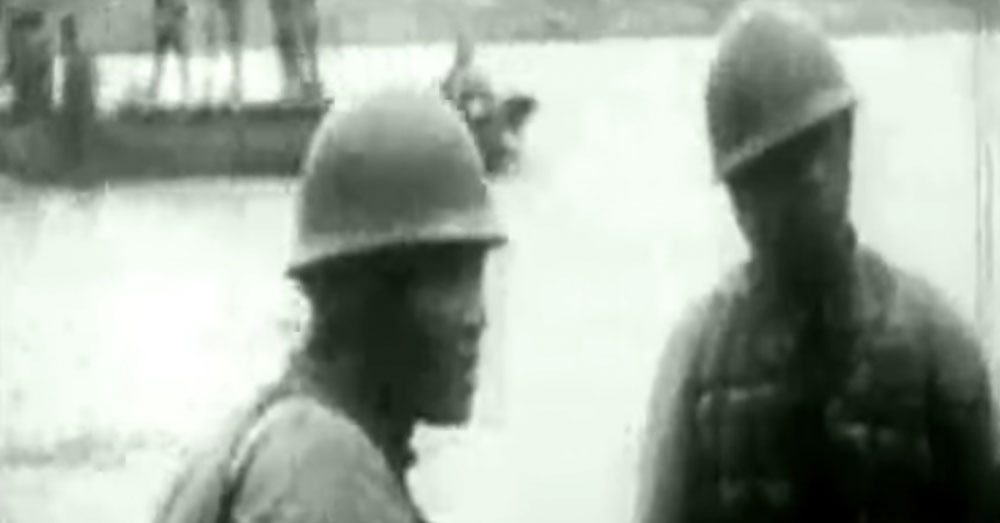 The Americans were able to repel the attack and only 500 Japanese were able to retreat back to Chicago Valley. According to Bushido culture, most of them committed suicide rather than be captured.

In the end, only a small number of Japanese survived and were captured. Over 500 Americans had been killed in action and many more wounded during this battle to take back this bleak, out of the way piece of American territory. 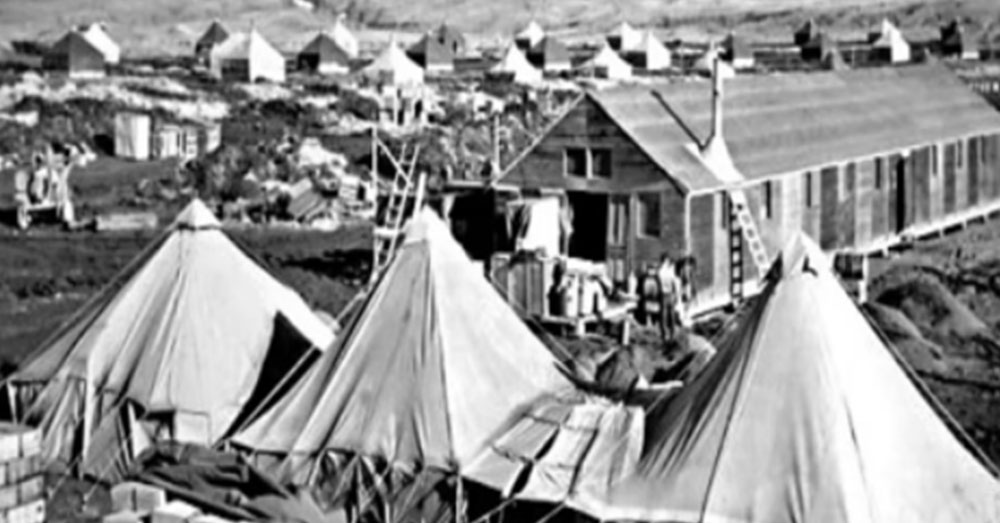 Source: YouTube/Josh Griffiths
The Japanese had built bases at Attu and Kiska islands.

On August 15, 1943 American and Canadian forces landed on Attu Island to take it back. They did not know that the Japanese had already abandoned it. This resulted in one of the tragedies of warfare. The Americans and Canadians had landed at different places and when they came upon each other, they both thought the others were the Japanese. They fired upon each other for several hours before they discovered the error.

By that time, one hundred and seven American and Canadian troops had fallen to friendly fire. 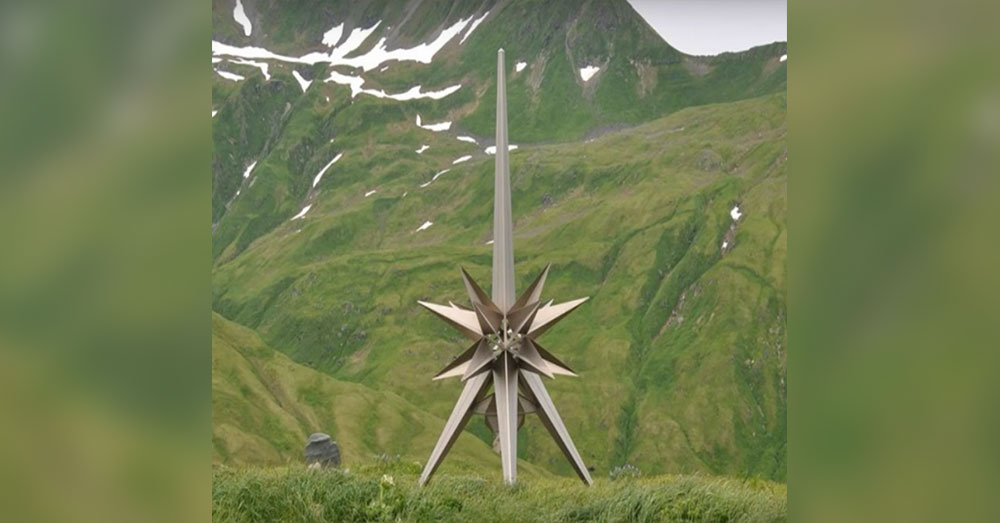 Source: YouTube/Josh Griffiths
The Japanese government dedicated this monument to those who died on Attu and Kiska islands in WWII.

The Aleutian chain of islands had become American territory in 1867 when Alaska was purchased from the Russians for some 15 million dollars. Alaska paid for its own purchase within a handful of years because of its first “gold” strike, the fur seal industry. Oil had already been found up in Alaska before the advent of WWII. That is why it became a target for the Japanese and why it had to be defended.

We must never forget all those who gave their lives in the effort to end WWII. The soldiers of the 7th Infantry Division fought well and hard in this frigid, isolated, and difficult place. The Japanese would never again launch an effort to take Alaska.

The Veterans Site offers its respect to all who served in the battle for Alaska in 1942 and 1943. We will never forget.