History is often a strange thing.

We have all heard the old aphorism that “History is written by the victorious.” There is a great deal of truth to that. But, more often than not, that history buries things, things that were also real, also part of the story, but that are not consistent with the heroic narrative that is most often taught to later generations.

This story is about one of those buried truths that did not get told, that were not passed on in the accepted accounts of our Revolutionary War.

One of the facts about the Revolutionary War that is not well-known is that over 5,000 African Americans served in the army, fighting for our freedom from British rule, though most of them were actually enslaved individuals. 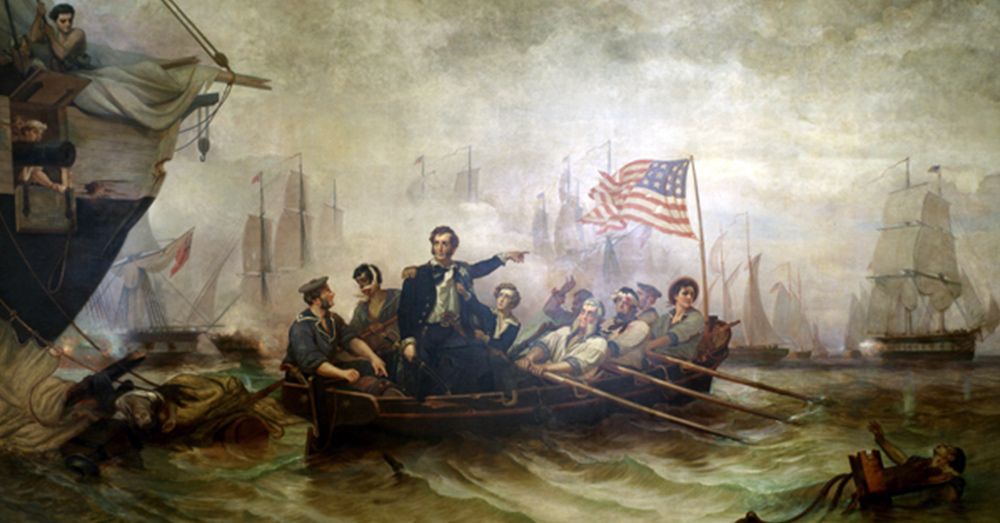 Source: Wikimedia Commons
Painting of Battle of Lake Erie depicting one of Perry’s African-American oarsmen in the boat and another African American sailor in the water.

One of those enslaved men was Pvt. James Robinson. He was born into slavery in 1753 in Maryland. When the Revolutionary War broke out, he joined the Colonial army with the promise that if he fought he would be freed. And fight he did.

In the last battle of the Revolutionary War at Yorktown, Robinson charged up a hill towards a British rampart where he entered into hand-to-hand combat with three Redcoats, killing them all. He then helped to take the rampart. 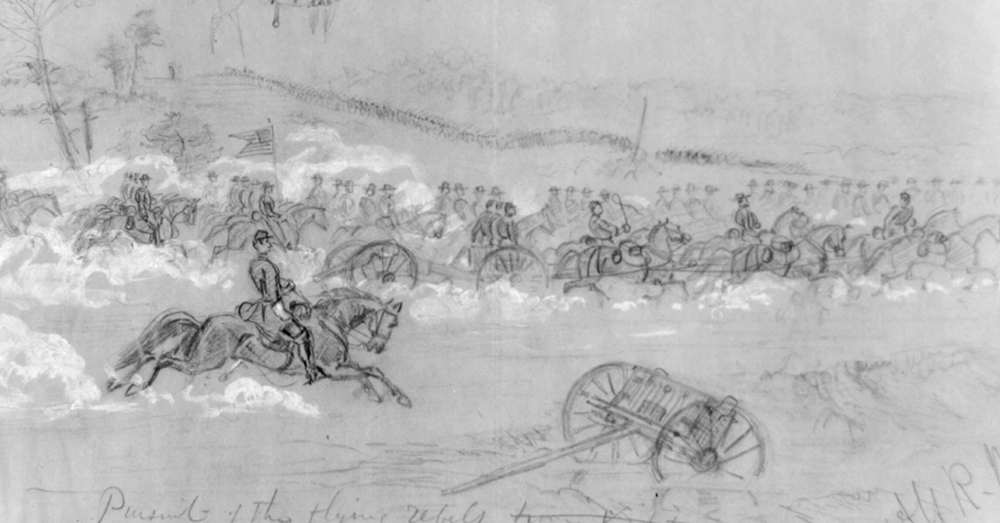 The British Army under Cornwallis surrendered, ending the Battle of Yorktown and the Revolutionary War. We had won our freedom from the oppression of the British Crown.

But, and here is the dark side of our American history that didn’t get told, Pvt. James Robinson’s freedom did not come. After the war, when the country was caught up in economic recovery, Robinson was sold to a Plantation owner in Louisiana.

Robinson would fight again for the American army, again against the British, during the War of 1812, while still owned as a slave. In 1814, as the treaty was being worked out in Paris to end that war, he would be at the battlements defending New Orleans at the Battle of New Orleans, which would again end as an American victory.

That is a whole other story to be told. 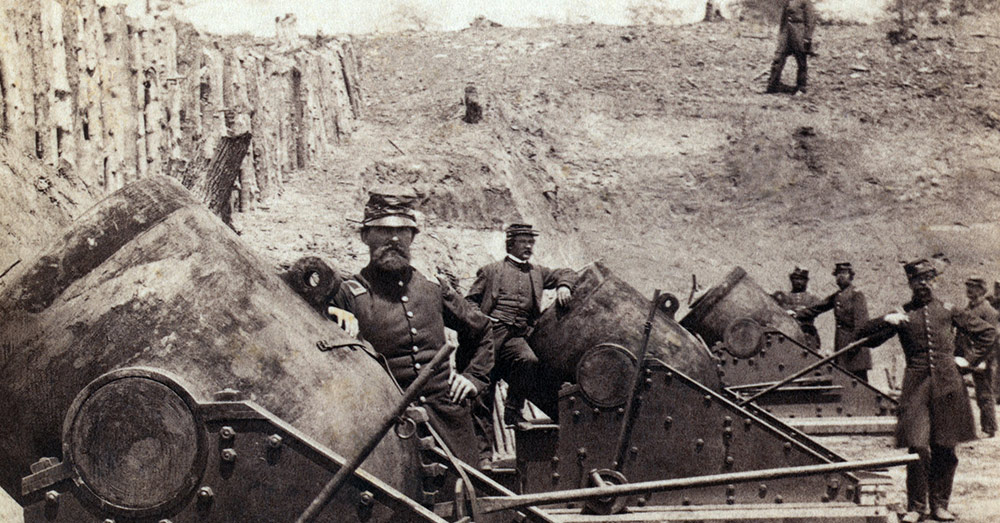 Again, this courageous man who had fought now in two wars defending the cause of American freedom, was not freed from the bonds of his slavery. It is not known when he finally was given his freedom, but his name appears on both the 1840 and the 1850 U.S. Census as a free man living in Ohio. The 1860 Census has him listed as living in Detroit, Michigan.

The Detroit Free Press has reported that the Michigan Society Sons of the American Revolution and one other heritage organization have planned an event to take place in June at the Elmwood Cemetery in Detroit to finally give Pvt. James Robinson the recognition he should have received at his death 151 years ago. He will be honored with all the honors of a military funeral and a special grave marker will be unveiled and dedicated at that time. 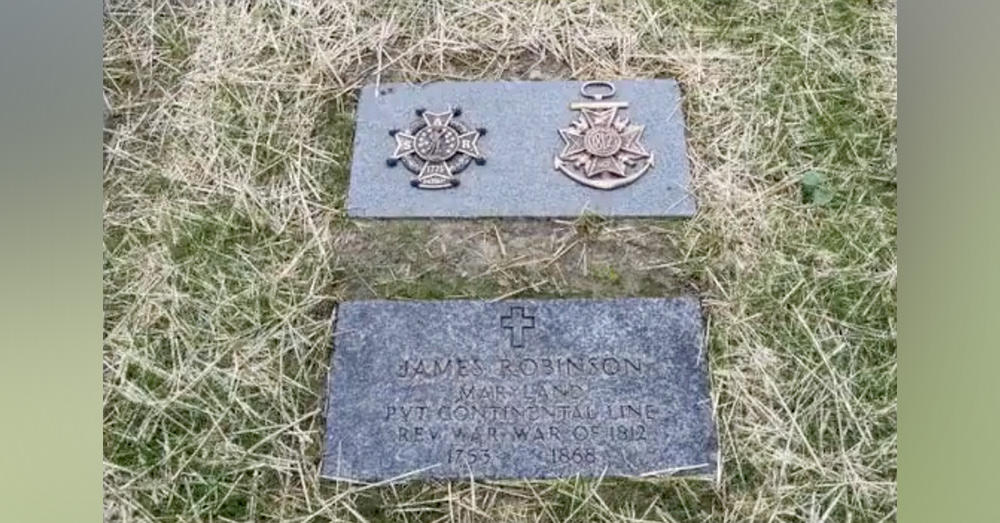 The Veterans Site honors the memory of Pvt. James Robinson. It is beyond time to thank him for his service to the nation and to remember that that service was given freely in service to the highest ideals of freedom, even though he did not enjoy those ideals for most of his life.

Pvt. James Robinson gives us a clear example of how precious freedom is in that he fought for it, without having any of its benefits—twice. 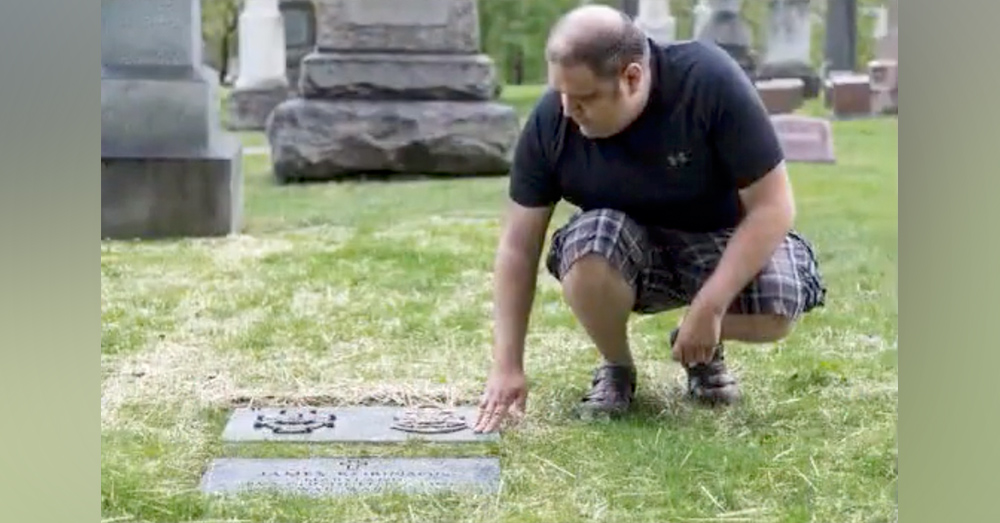 Source: YouTube/Fletcher Mondor
Pvt. James Robinson will be honored with a military ceremony in June 2019.

We are glad that his memory is finally being appropriately honored. But, at the same time, we believe that he should be held up as a shining example of the cost of freedom and of the courage and dedication that we all ought to be giving to it in our daily lives.

Rest in honored peace, Pvt. James Robinson. We will not forget you.

Here’s What Most People Don’t Know About The Code Talkers Of WWI and WWII: Click “Next” below!