James McCloughan, like all of us who joined the military, especially during time of war, had no real clue as to what that decision would mean in reality, but would find out in a very short time. McCloughan joined the Army and became a medic when the Vietnam War was at its height. He would get his battlefield “baptism of fire” all too soon.

McCloughan had just gotten out of boot and medic training when he got his orders to go to Vietnam.  It was like that back then, especially for medics and Corpsmen. They were in great need in the field and because of the nature of their work and their general character, medics were more often than not in the heat of things, under fire, caring for the wounded and risking their own lives to get their men, those who needed them the most in the most difficult of moments, to safety, which meant that they were all too often getting wounded, or killed themselves at high rates.

McCloughan, had no time to think about it upon arriving in Vietnam. On his very first day in the field with his new unit, they were ambushed. On that first day, he experienced the terror of an ambush, cared for his first wounded men, and had to shoot and kill one of the enemy. Talk about jumping in with both feet.

What McCloughan did that day, set the tenor of his purpose as a medic for the next few months of his life in combat. It is testament to the training that medics and Corpsmen get, both in the basics of medical care in combat situations, but also in the attitude of selfless care for the men one goes into combat with.

As a former combat Corpsman, looking back over the 5 decades since being in Vietnam, it still stuns me that young men, often teenagers and early 20s are thrust into such life and death responsibilities, and that, without hesitation, they will leap into action almost out of instinct, exposing themselves to enemy fire. Why? For one simple, inarguable reason; the immediate, often desperate needs of your wounded friends. And truth be told, they do this while, at the same time, they are aware of the voice of self-preservation screaming in the back of their own minds.  Then, praying all the time that they will know enough upon getting to a wounded man to meet the challenges of treating successfully the unbelievable battlefield wounds resulting from bullets and shrapnel.

This is why the men you are with call you “Doc.” The trust they have in you; the difference between life and death that you represent to them, makes that “title,” that nickname, something very special.  This is why James McCloughan can say these many years later in this video, “They called me Doc. It’s the best title I ever had.” 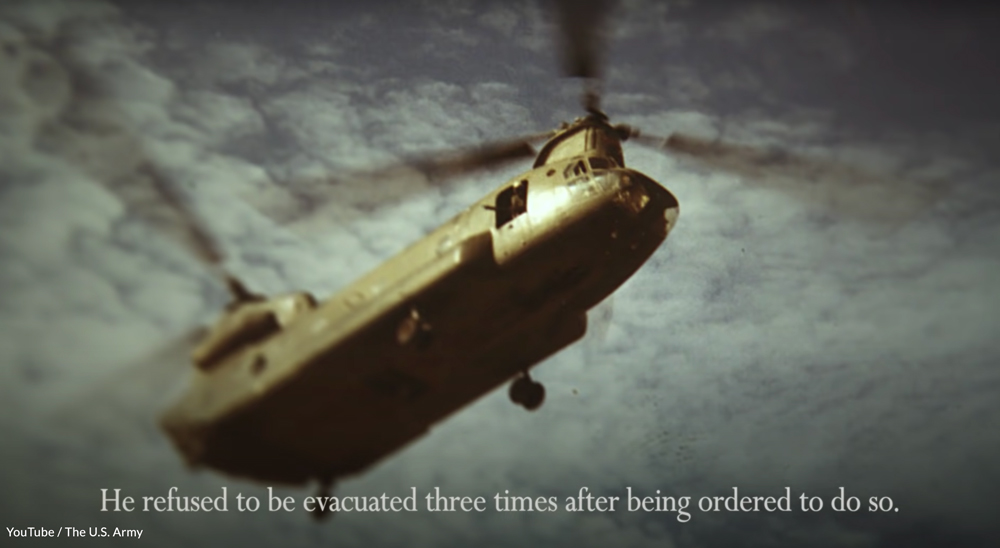 There is no other relationship like it. The mutual trust, the willingness to go where angels fear to tread to either care for each other, or to protect one another is truly beyond my ability to express it.

You will hear from McCloughan himself, some of the details of a particular 48-hour-long battle he participated in and you will understand why he was awarded the Medal of Honor for his actions during those long hours of battle. He did not hesitate to go to his wounded men, to carry them out of the kill zones on his shoulders while under direct enemy fire. You will hear how he was wounded by an RPG explosion, and how sheer adrenaline kept him moving. You will hear how he refused to be evacuated, even though he was covered with his own blood and that of the wounded he had cared for during the battle. 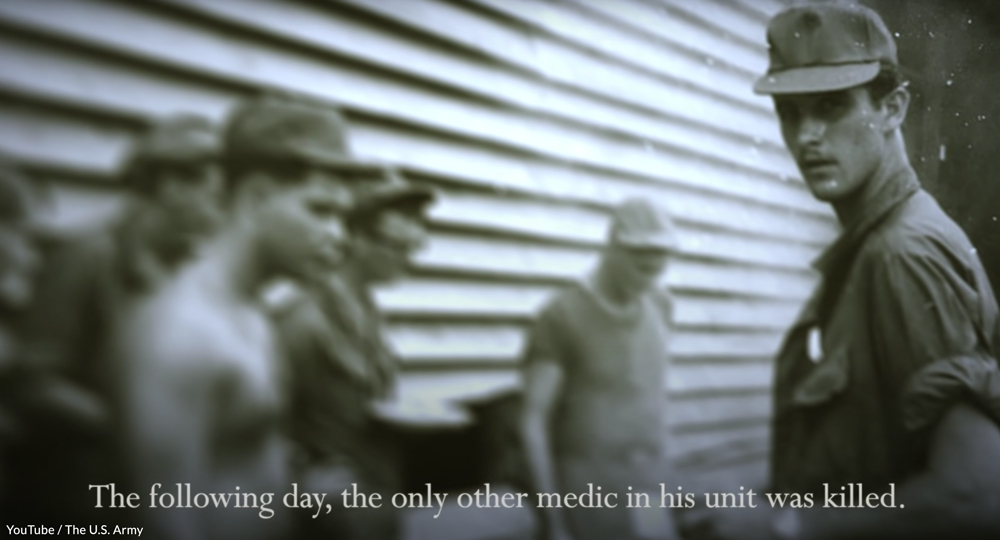 McCloughan was the only medic left in the unit when an officer told him to get on the evacuation helicopter. He refused and when asked why he simply said, “Because you’re going to need me.”

After several months in almost constant combat, he was given orders to go to the rear to the hospital at Chu Lai. You will see that the mixed emotions he had at that time are still with him at the time of the making of this video. The emotions still tear at him, “I was going to safety, but I was leaving my men and I was their medic.” 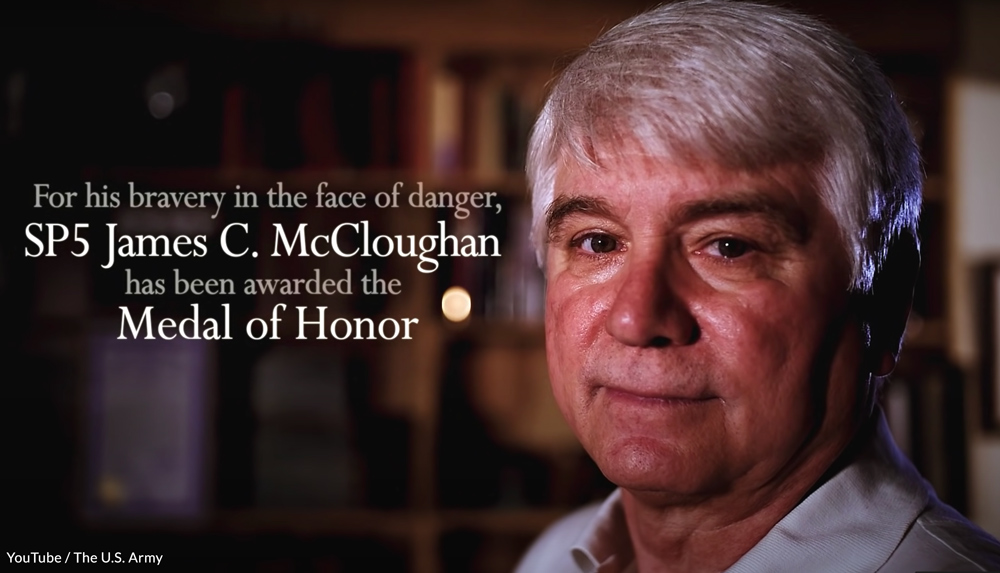 His men felt the same mix of difficult emotions, and they told him so, but they were glad for him too.

McCloughan would spend the next five months in country as liaison for the Americal Division.

Honor! Duty! Courage! Pvt. James McCloughan lived all of these virtues for a short, intense, dangerous period of his young life back in Vietnam. As a Medal of Honor recipient, he gives us another model of the better angels of our humanity.  We thank him for his service and for his total dedication to the men under his care in Vietnam.  Hooah!