Jackie Robinson Was Making History in The Army Before Professional Baseball

Jackie Robinson’s life is known to most of us because of his place in history in breaking the color line in professional baseball in 1947. But he was already showing his personal character, courage and fortitude while serving in the U.S. Army beginning during WWII.

Robinson grew up in California and attended university at UCLA, where he played baseball and football, excelling in both, as well as in the classroom. After graduation, he went into the Army at the age of 25 and went originally to Fort Riley in Kansas. While there he applied for Officer Candidate School (OCS).

The U.S. Army was still a segregated service at the time, much in the manner of the existing Jim Crow laws in many southern states. His application was rejected, and he was told, off the record, that blacks were excluded from OCS, “because they lacked leadership skills.” 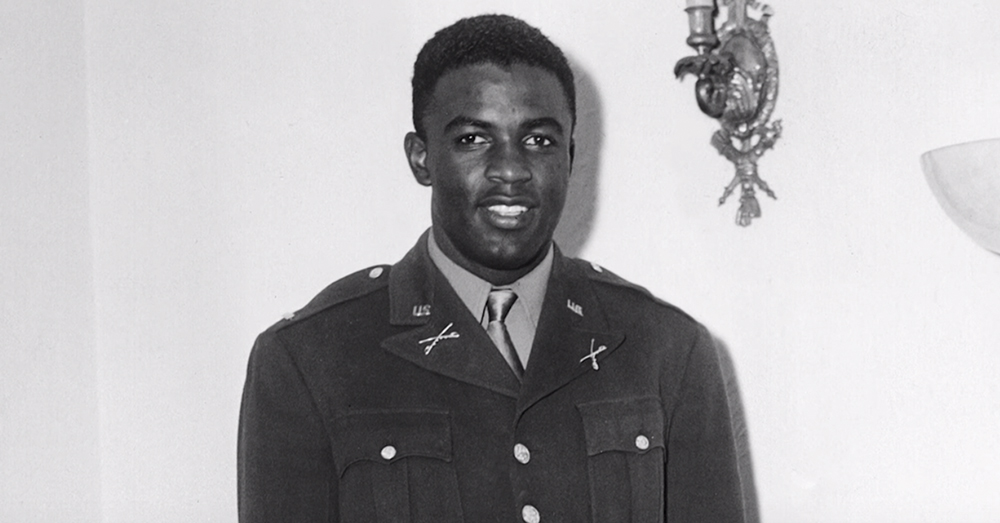 Well, they did not know that Robinson was already a man who had lived in a more integrated world and was not about to be held back because of the demands of unjust cultural and legal prejudices.

There was another famous black athlete stationed at Fort Riley at the same time, the heavyweight boxing champion, Joe Louis. Robinson went up the chain of command and to Louis whose fame gave him more attention than Robinson could command at that time. Louis was able to arrange a meeting where black soldiers at Fort Riley were able to voice their grievances in the presence of a representative of the Secretary of Defense.

Within a few days, Robinson and a handful of other black soldiers were admitted to OCS. 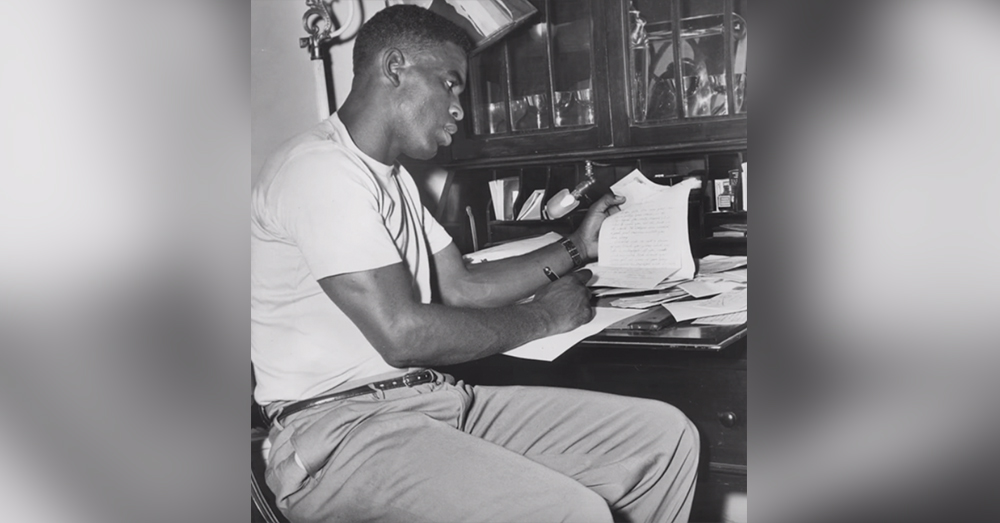 Source: YouTube/Biography
Robinson was smart and strong, but he faced harsh racism in the Army.

Robinson was commissioned a 2nd Lt. in 1943 and was assigned as the acting morale officer for a black unit at Ft. Riley. The reality was that the existing Jim Crow atmosphere was a real weight on the morale of his all black unit, especially at the post exchange (PX). Robinson took steps to try small ways to improve that morale.

Robinson contacted the Provost Martial of the base by phone and asked if more seats could be provided for black soldiers in the PX. He was told by the Provost that he would not take away seats from white soldiers to seat blacks.

The Provost then told Robinson, “Let me put it this way. How would you like your wife sitting next to a _____?” 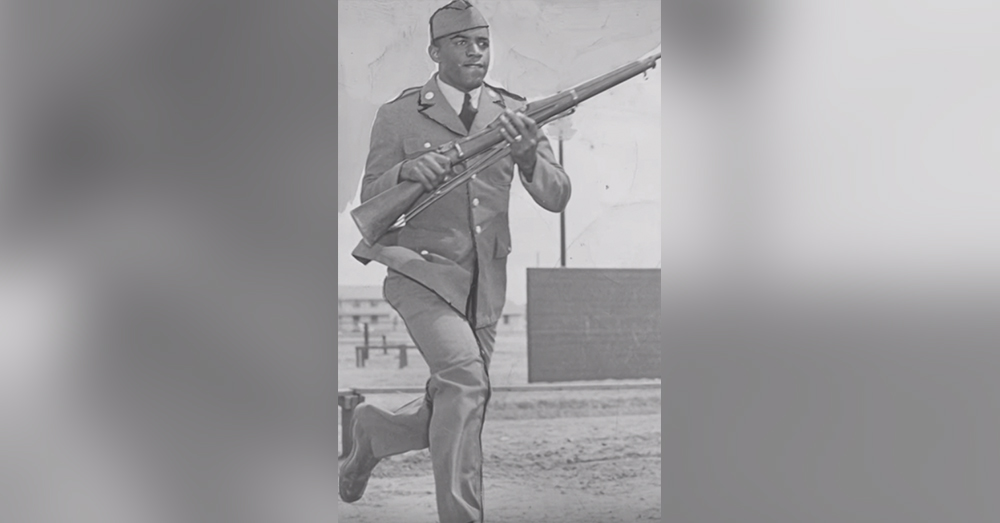 Source: YouTube/Biography
Robinson never backed down when he was faced with unequal rights and segregation.

Robinson exploded, telling the Provost that he was himself a Negro and essentially read the Provost the riot act. Long story short, more seating was provided for blacks at the Fort Riley PX.

After being transferred to Ft. Hood in Texas with the 761st Tank Battalion, Robinson would find himself before a court-martial for refusing to obey an order from the bus driver of a bus he had gotten on the base, to “sit at the back of the bus where he belonged.” The end result of the court-martial was that all charges were dropped.

Source: YouTube/Biography
Robinson was even given a court-marshal for disobeying a bus driver’s rule. The charges were later dropped.

In many ways, Jackie Robinson’s life prepared him for the challenges he would face in breaking the color line and integrating professional baseball in this country. His intelligence, his native sense of his dignity as a man, and his moral character made him exactly the right man to do the difficult job of cracking open the heavy door of prejudice a little more for all of us.

It is right for us to honor his memory now on the 100th anniversary of his birth. He showed the American people that all men really are created equal and are endowed with infinite dignity and are worthy of enjoying the same inalienable rights of Life, Liberty, and the Pursuit of Happiness. 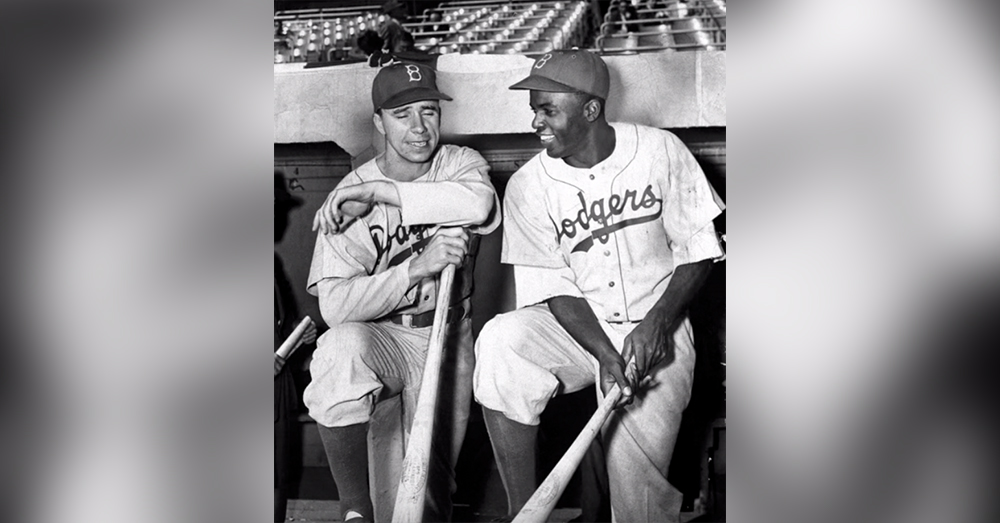 Source: YouTube/Biography
Jackie Robinson made Major League Baseball and the US Army what they are today.

We are still an imperfect union, but we are better now than we were in the middle of the 20th century. It was good men like Jackie Robinson who pushed us just a little closer to our better angels.

We can all thank him for being a man of character in a very difficult time.