The experience of combat is not natural. It flies in the face of natural human instincts, which are to preserve life. Sadly, there are those who willfully defy that natural instinct and force war on the rest of us because of some distorted ideological idea, or for power, territory, or wealth. When this happens, we are forced to respond.

The experiences of war will change us. That is a fact. How we deal with the effects of that trauma is important.

The great irony is that when war is forced upon us, we respond to that threat precisely in accord with our natural instinct to protect innocent life from those who threaten it. In doing so, we must engage in the unnatural act of taking the lives of other human beings, no matter how just that might be. That those who have been called upon to do this come away from the experience changed should not come as a surprise to us.

The documentary “Iron Will” deals with the consequences that so many combat veterans and others who have had extremely traumatic experiences, find themselves struggling with when they return “home.” Many who have gone to war struggle with their unresolved angers at the loss of dear friends. The things that they have seen, heard, smelled, and felt often overwhelm them and their ability to find meaning in what they have experienced. These symptoms are now known as Post Traumatic Stress Disorder, or PTSD. This new documentary has been produced to help and to challenge those who are living with and suffering from the negative consequences of combat experience to seek help, to not go it alone.

As a retired teacher of literature and a combat veteran, I have seen and known the realities of PTSD. In teaching literature I have also realized that the issues of post-traumatic stress from combat experiences are not new.

In Homer’s, “The Iliad,” we see what the terrifying effects of prolonged combat do to the psyche of the great Achilles. Toward the end of the epic poem when, after he has killed Hector, the noble hero of the Trojans, his rage overwhelms him and he essentially loses his moral compass. He drags the body of Hector around the walls of Troy behind a chariot over and over again, in an unreasonable and outrageous act of disrespect for the noble Hector. He only relents when Priam, the Trojan king and Hector’s father, sneaks into the Greek camp under cover of night to beg Achilles for the body, so that he can bury him with the dignity he is due. Achilles finally comes back to his senses before the tears of Priam, and relents.

One of Ernest Hemingway’s great short stories, “Soldier’s Home,” deals with the inner tension of a young soldier who has returned to his hometown after WWI. He is home. Everything looks familiar, but he does not feel at home there anymore. He tries to get back into life there, but it is, and can no longer, be the same place it was to him before he went to war. He is confused by it all. 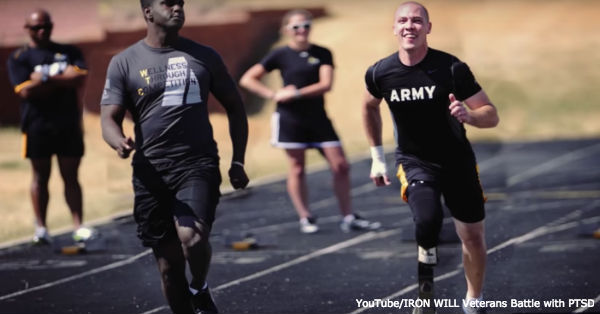 The soldier wants to date the young women, but he finds them shallow and empty. They stress out over the pettiest of things like what they are going to do on the weekend, or what they are going to wear. He, having come back from the hell of war, where he saw friends die on the battlefield, or in his arms, and where the threat and reality of instant and violent death was present to him day and night, cannot tolerate their pettiness.

His peers, even his family, find it difficult to understand his silences and his indifference to the things they think are important. He does not feel “at home” with them anymore. Though he does not really understand his own conflicted feelings, everything and everyone around him seems phony to him. He finally just packs his bags and leaves, unable to “fit in” or to feel comfortable in his hometown anymore.

What Hemingway’s soldier felt was exactly what I and so many of my fellow Vietnam Veterans felt on our return home from Vietnam. It is not hard to imagine that this is what so many of our current War on Terrorism veterans are feeling.

Like the soldier of Hemingway’s story, our peers sometimes longer seem familiar to us, and they often do not understand our silences, our need to be alone, our angers, our sudden inexplicable tears, or our nightmares. For Vietnam veterans, there was an added reality. When we came home our peers often actively despised us. They openly condemned us, spat on us, and called us baby killers. For us as well, the VA did not officially recognize the symptoms of PTSD. There were no treatment programs available to us for years after the war.

Suicides are all too common among our fellow veterans. Among Vietnam veterans there are far more who have committed suicide, anonymous to the world, known and remembered only by their families and close friends, than those over 58,000 names that are remembered and carved into the polished black granite of “The Wall,” the Vietnam Memorial, in Washington, D.C. Sadly, today, Iraq and Afghanistan veterans are succumbing to suicide at the rate of 22 per day. This is unacceptable! 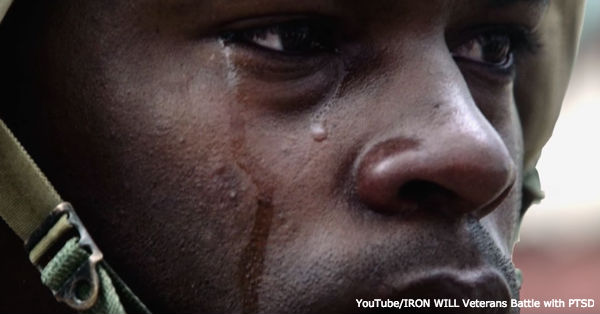 ”Iron Will” addresses the realities of PTSD and the need for it to be recognized both by the general population and by veterans themselves. It is voiced by those who know the struggles personally. The veteran community and others are reaching out to their brothers and sisters to recognize that it is a courageous thing to ask for help. Veterans who suffer from PTSD often feel that they need to “suck it up,” to deal with it on their own. Or, they often feel that they will be stigmatized if they ask for help.

We, your veteran brothers and sisters, want you to know that we have your back. We want you to trust our brotherhood and sisterhood with you. If the VA has failed you, there are other programs that are ready, willing, and able to help you through this.

Let us be there for you. You are our brothers and sisters. You are important to us. We know how good you are, how brave you were among us. And we know how much you have to offer to us, to your families, and to the world. Do not feel you have to bear this alone. We are here for you.

The Veterans Site honors all those who have served so well in defense of this great nation. We wish to help in whatever way we can. This writer wishes to be there for you as well. Reach out. Let us help. You are our best. You need to hear that, and believe it. Let your brother and sister veterans walk with you for awhile. We’ll listen. We know. God bless all of you.