While the National Guard continues its rescue and relief efforts following the damage and flooding caused by Hurricane Harvey roughly a week ago, the military is in full operational mode getting ready for Hurricane Irma, an even stronger hurricane set to make landfall in Florida late Saturday or early Sunday. Five Navy warships and thousands of National Guardsmen have been deployed or called to duty in preparation of the storm, ready to provide disaster relief to storm victims.

The Category 5 Hurricane is the strongest storm ever recorded in the Atlantic Ocean and has already wreaked devastation on several Caribbean islands, including Barbuda, St. Thomas, St. Martin, and the Virgin Islands, as well as Haiti and the Dominican Republic. So far there have been at least 12 deaths reported from the hurricane, and officials fear the worst is yet to come when Hurricane Irma hits Florida and moves up the eastern coast of the United States.

Irma is predicted to make landfall in Florida at the Florida Keys and Miami and make a right turn, moving up the coast and hitting nearly all of Florida and potentially Georgia, South Carolina, and other states, as well, depending on its track and where or when it turns north. “This is a life-threatening situation,” said the National Hurricane Center.

As civilian evacuation efforts are underway in Florida and Georgia ahead of the hurricane, including mandatory evacuations in southern Florida, the military has also started evacuations at military bases in the storm’s path. Non-essential personnel have been ordered to evacuate from Naval Air Station Key West to within 300 miles of Atlanta. That included both military personnel and military families at the base. 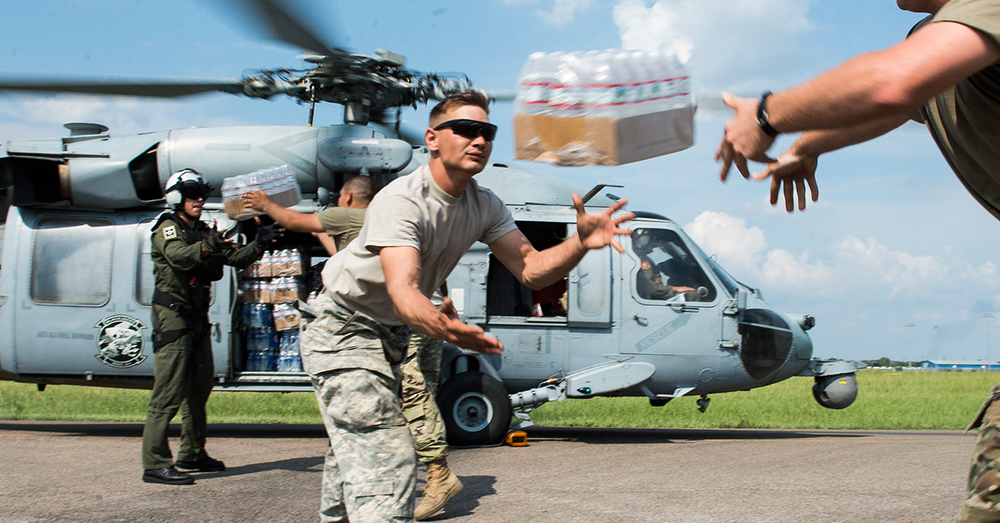 “Unfortunately, there is no way the United States is going to avoid another catastrophic weather event,” Dr. Joel N. Myers, founder and president of AccuWeather, said. “There will be massive damage in Florida. [It will be] the worst single hurricane to hit Florida since Hurricane Andrew in 1992.”

In preparation for what could be, unfortunately, unprecedented damage and flooding to Florida and other regions hit by Hurricane Irma, the Navy has issued five warships to respond to the area. Those include the amphibious assault and docking ships USS Wasp, USS Kearsarge, USS Oak Hill, USS Iwo Jima, and the USS New York. While the USS Iwo Jima and USS New York are still in a loading phase and preparing to head to the area, the Wasp, Kearsarge, and Oak Hill are already in position to aid affected areas starting with the islands and then moving to the mainland after the hurricane hits. 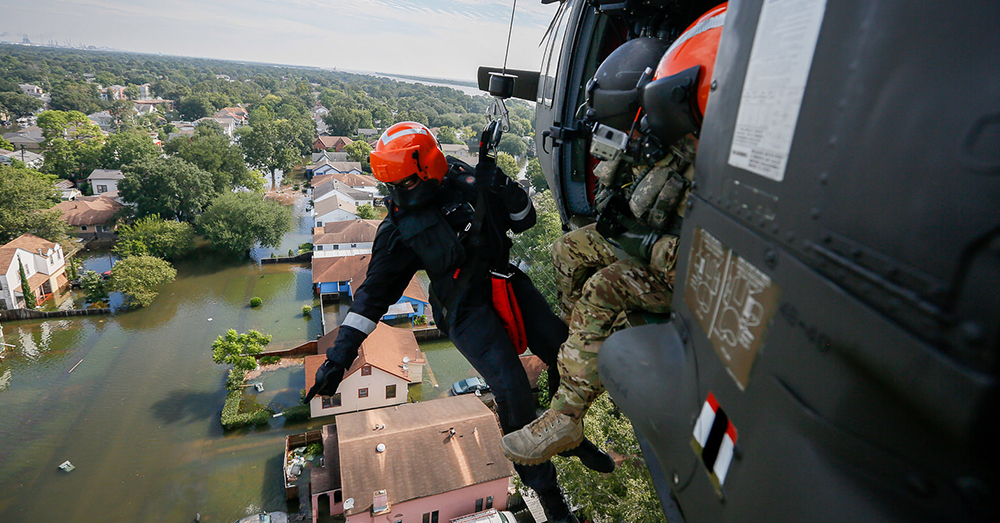 Florida Governor Rick Scott activated 100 National Guardsmen earlier in the week in preparation for the hurricane’s landfall, with 7,000 more Guardsmen reporting on Friday. Gov. Scott requested that the National Guard prepare an additional 30,000 Guardsmen to be on call if the need arises.

For now, the people of Florida are making their way to safety farther north, with mandatory evacuations in the southern regions of the state and the Florida Keys. On Friday morning, Gov. Scott held a press conference urging all citizens under evacuation orders to comply and asking everyone in Florida to be prepared for the worst. “This is a catastrophic storm that our state has never seen. We can rebuild your home but we can’t rebuild your life,” he said. “Protecting life is our absolute top priority. Our number one priority is protecting everyone’s life. Everyone’s life is important. No resource or expense will be spared to protect families.”

As the Florida prepares for Hurricane Irma to make landfall near Miami with sustained 150 mph winds, the nation hopes for the best. The Veterans Site joins all those in wishing the people of Florida and everyone else in the path of the storm safety and well-being in the days, weeks, and months to come.

As Hurricane Irma approaches, thousands of people are in need emergency relief!
Click to Help!