In a competition that truly brings together some of the bravest men and women in the world, the Invictus Games kicked off over the weekend, showcasing the talent of wounded and ill service members from across the globe. 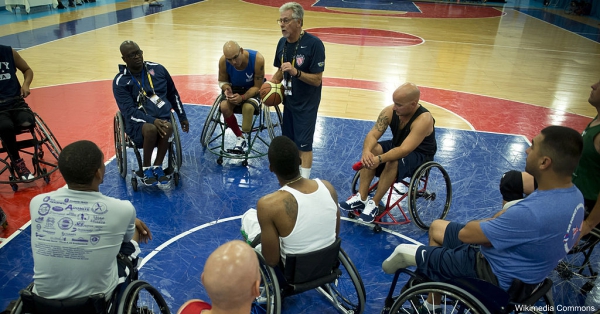 After the Invictus Games flag had been relayed from London to Orlando, and shuttled to the stadium in a Blackhawk helicopter, the opening ceremonies at the ESPN Wide World of Sports arena at Disney World began. In attendance were a former president — George W. Bush, a current first lady — Michele Obama, and an English Prince — Harry Windsor; but the stars of the show were undoubtedly the athletes, showered in applause from a sold-out audience.

The word “Invictus” is Latin for “unconquered,” which is exactly how many in Orlando, including Prince Harry, view the participants in this year’s Invictus Games.

“You will see people that should have died on the battlefield but instead are going for gold on the athletic field,” Prince Harry said during opening ceremonies. “You will be inspired.” 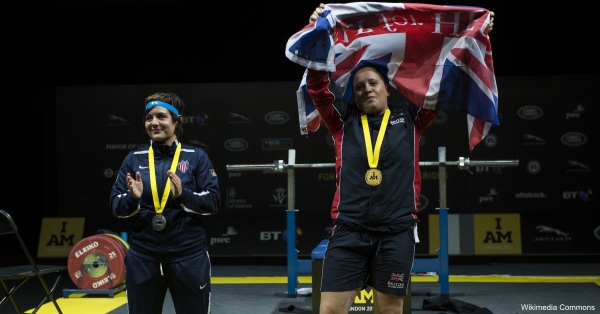 Harry founded the Invictus Games after seeing the Warrior Games in the USA in 2013. Taking what he learned about the physical, social and psychological power of team sports, he set up the first inaugural Invictus Games in London in 2014. Over 500 military competitors from fifteen nations are invited to participate in the 2016 games’ 10 events, including wheelchair basketball, sitting volleyball, and indoor rowing.

“The 2014 Games were just the beginning of the Invictus story,” Harry said. “The competitors showed grit, determination and humor: an absolute refusal to be beaten or be defined by their injuries – the Invictus spirit was born.

President George W. Bush is Honorary Chairman of Invictus Games 2016, which is hoped to raise awareness of the holistic recovery and rehabilitation that occurs through sport for the wounded, ill, and injured Service men and women who participate in them. He praised Prince Harry for his work with the games.

“I do appreciate two things about [Prince Harry],” Bush said. “One is, he served his country in the military, and two, he decided to do something positive when he got out of service and I think this is a great contribution to the vets.” 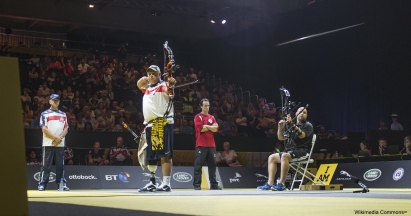 Far from stealing the spotlight, Prince Harry has placed the spotlight on the athletes of the Invictus Games from the beginning, and hopes to inspire others to do the same.

“When you cheer for the athlete missing a limb,” he told the crowd in Orlando on Sunday, “cheer also for the man who overcame anxiety so severe he wouldn’t leave his house. Let’s cheer for the woman with PTS and the soldier brave enough to get help for his depression.”

While the Invictus Games play out in Orlando this week, Salt Lake City will soon host a competition that will also draw many veteran athletes. Read more about the 35th National Veterans Wheelchair Games in this story.