A Hidden Enemy Started Shelling His Base With A Machine Gun, So This Air Force Tech Rushed In With His Own

“Insider attack.” You expect to be attacked by the enemy outside the wire, but when it comes from within the wire, that really gets the blood up.

On March 11, 2013, at a forward operating base (FOB) in Afghanistan, a combined group of American troops and Afghan National Police were going over a briefing for that day’s work when all hell broke loose. One of the American troops involved in the briefing that morning was Air Force Tech. Sgt. Delorean Sheridan.

Suddenly, the morning quiet of the FOB was shattered by a furious hail of machine gun fire. The air was alive with the explosive snaps and buzzing of machine gun fire and people were getting hit. Like anyone who has been in combat, Sheridan was accustomed to the sound of shooting, but this was different. According to We Are The Mighty, Sheridan told a Stars and Stripes reporter that he turned and looked to see who was shooting, and at what, and saw that it was one of the Afghan National Policemen.

Sheridan realized that the guy was shooting at him and those around him. 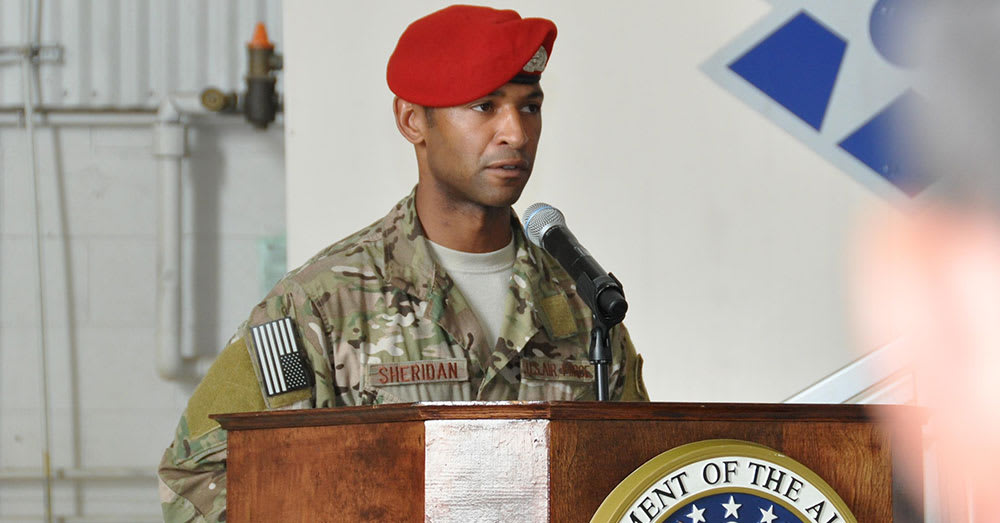 This was an ambush. What made it even worse was that it was begun by an “insider.” The man had gone into the motor pool and taken over the machine gun on one of the vehicles there and began firing on his own Afghan and American comrades. It became quickly clear that it was a coordinated attack too, because when he opened up from inside the compound, insurgents outside the wire opened up an attack from their positions.

All one can say about Sheridan’s next move is that he must really have been pissed, because what he did will blow your mind.

Sheridan, did exactly what you should do in an ambush, he charged toward the shooter with his M-4 rifle blazing away. He ran some 25 yards toward the guy, firing every step of the way. He could feel shell fragments hitting his body armor as he went forward. 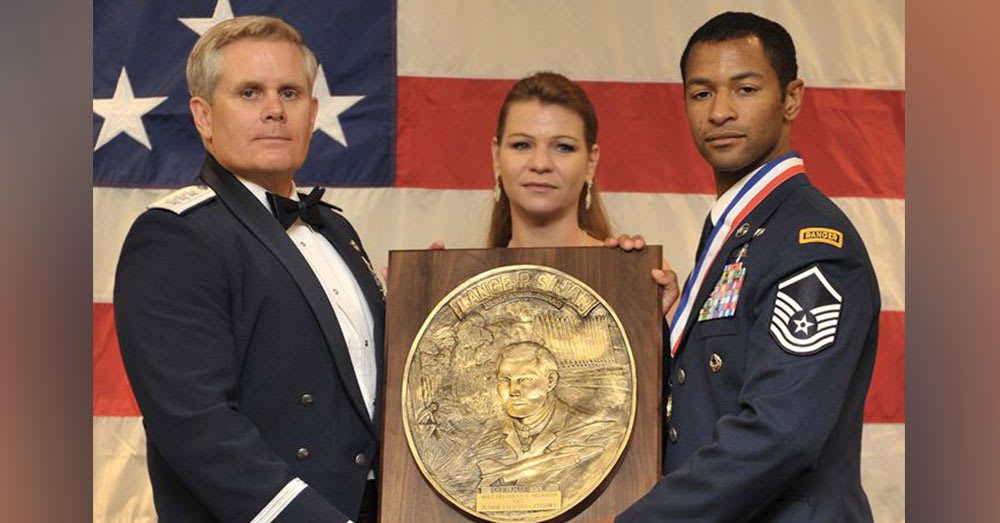 Sheridan’s award citation reveals that he hit the guy nine times with his M-4 as he was running forward and then twice more with his pistol. One might say, that “silenced” the inside attacker, but the battle was still furiously going on with the insurgents from outside the wire.

Sheridan ran back into the kill zone and immediately began to drag wounded American and Afghan personnel back to safety and to medical care. He then began calling in MEDEVAC flights to get the 25 wounded back to the rear to more secure, sophisticated, and needed medical facilities. This required six different flights.

While the MEDEVAC helicopters were on their way in and out, Sheridan was helping carry litters and calling in air strikes on the insurgents. He did this to great effect, bringing the airstrikes right in on top of the insurgents, killing four of them and finally bringing the battle to an end. 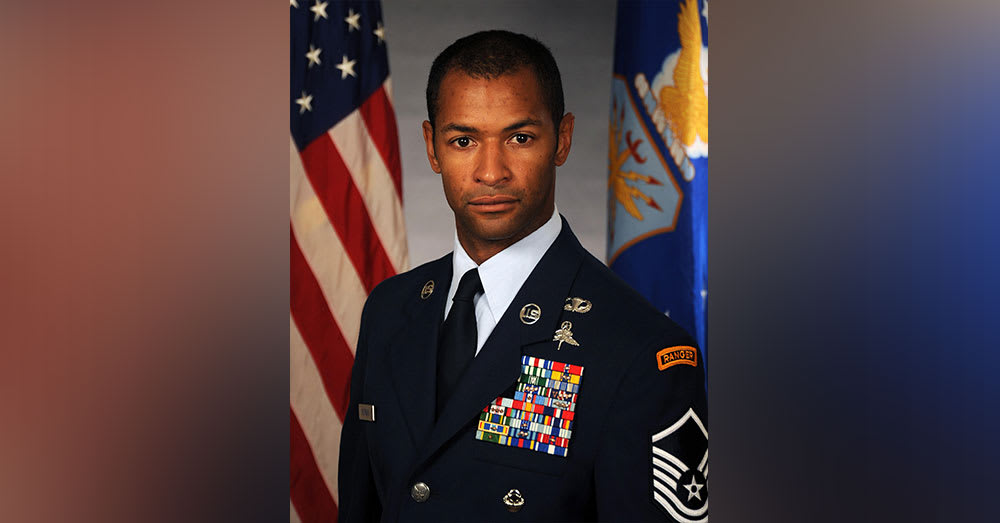 For his uncommon courage and effectiveness on that day in so many different capacities, Sheridan was awarded the Silver Star and was given a step promotion to Master Sgt.

There are few things in war more sinister and momentarily confusing than an “insider” attack. It takes great training, good instincts, and immediate responses to address and suppress that kind of situation. Sheridan showed all of that and more. When he saw what was happening, he went right at the heart of the problem and, quite literally, put the fire out with his own fire, up close and personal.

The Veterans Site adds its respect and thanks to Master Sgt. Delorean Sheridan for his heroic actions that day. What he did made it possible for 23 of the 25 wounded that day to survive.