The motto of the National Guard is “Always Ready, Always There!” That’s something Elainnie Ingram, a member of the Michigan Army National Guard, takes to heart — even above matters of the heart.

Ingram and her fiancé, Chad Singleterry, were planning on getting married this Saturday at the Long Lake Outdoor Center with 100 people attending their special day. Instead, they will be tying the knot at Fort Custer with just six people joining them. That’s because Ingram is being deployed to Florida with the Michigan National Guard to help with the relief efforts after Hurricane Irma.

In what is truly an amazing display of self-sacrifice, Ingram didn’t hesitate at all when she got the call from her sergeant. She has been planning the perfect wedding since getting engaged last April, but she is calling all of that off just days before saying “I do” in order to serve her country. She will still get to wear her wedding dress on Saturday, but then she’ll be changing into uniform and shipping out the next day. 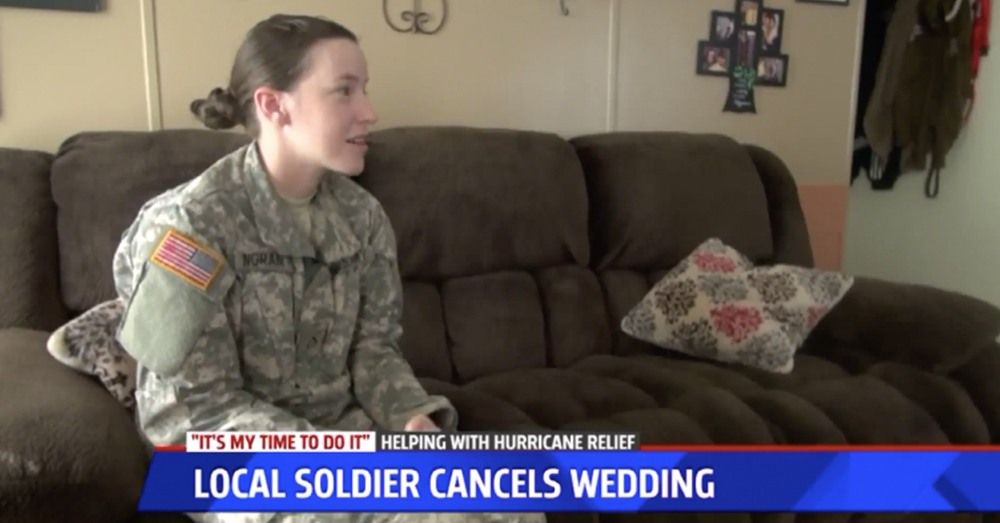 Photo: Fox17 — Guardsman Elainnie Ingram didn’t hesitate to put her service before her wedding plans when she was called for duty.

Ingram, who has been in the National Guard for five years and described the service as a family tradition, said that she wasn’t surprised to get called up for duty after Hurricane Harvey hit Texas and other states nearly two weeks ago. While Hurricane Irma followed behind it, destined for Florida, she was still looking forward to her wedding but was more than ready to join the other National Guard members in the rescue and relief efforts.

“Everyone wants to be a part of that. As a National Guard, you want to be a part of the helping [with] the hurricane or floods or disasters. That’s kind of what you signed up for. So when Hurricane Harvey hit, our unit got kind of jealous that we didn’t get to go down there. We weren’t the first pick,” she told FOX 17.

The mother of the bride, Sherrie Ingram, is sad that her daughter won’t be getting her dream wedding, but she kept things in perspective when she told the local news, “we’re not losing as much as the people in Florida and Texas have lost.” 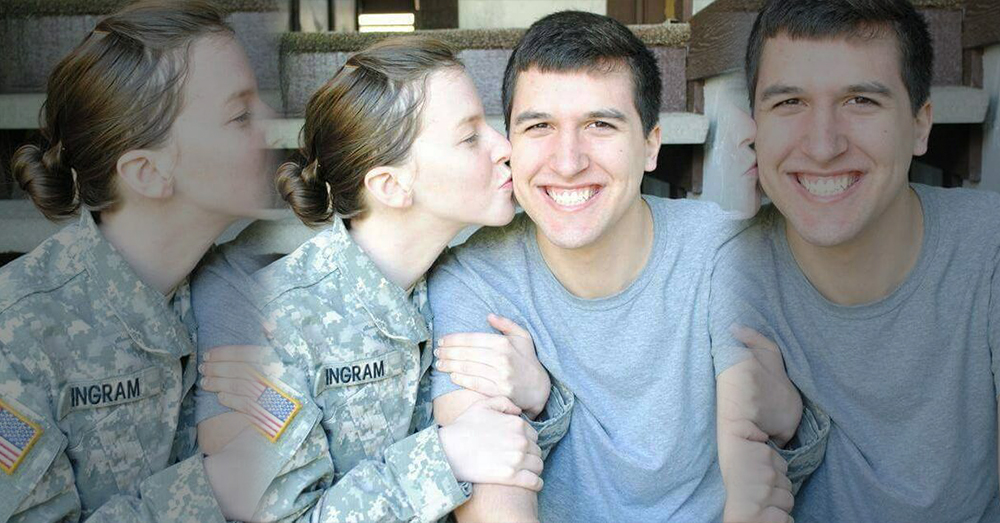 There are more than 1,000 members of the Michigan National Guard which have been called down to Florida to help with the relief efforts in the wake of Hurricane Irma. Ingram will be among those serving to help rebuild, putting her country before herself in a truly inspirational way. After marrying on Saturday at the base, Ingram will deploy with her fellow Guardsmen and then return as a newlywed.

“Everyone has their own unique wedding story or how they met or how they got engaged, and this will just be ours,” said Elainnie Ingram.

The Veterans Site wishes the couple a lifetime of happiness as they start this new chapter in their lives together, albeit in an unorthodox manner. Look for an update on their story here in the future!