“There is just something about being an American.”

We are a nation of immigrants. Some of us have been here for almost 400 years, and some of us are very new to the rights and privileges that are part and parcel of being an American citizen.

With this video we can add this story to our unique American story.

This family’s journey to America is one that is well-known to my generation of veterans. Their story begins at the end of the Vietnam War. 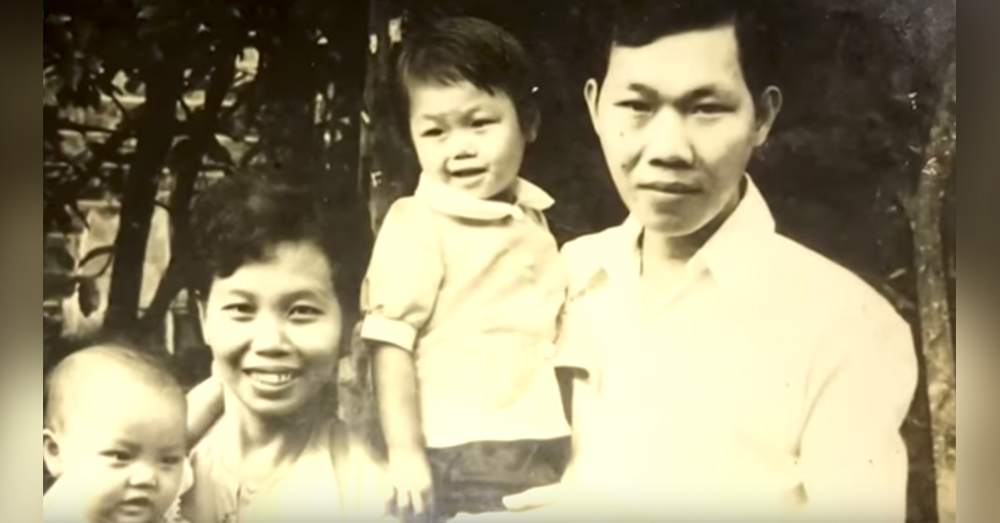 Source: YouTube/KING 5
After the Vietnam War, many South Vietnamese families tried making their way to the west.

America had left the country, the Republic of Vietnam had fallen to the North Vietnamese and life was very difficult for the people of the former South Vietnam. The reprisals, the desperate conditions of poverty and oppression made a harsh reality for hundreds of thousands of South Vietnamese families. Those families were determined to escape the horrors that were being promulgated upon them at that time by the new communist regime.

This family is among those who chose to take the unbelievable, life threatening risks to get out of the country, to seek the freedom that every human being naturally desires. 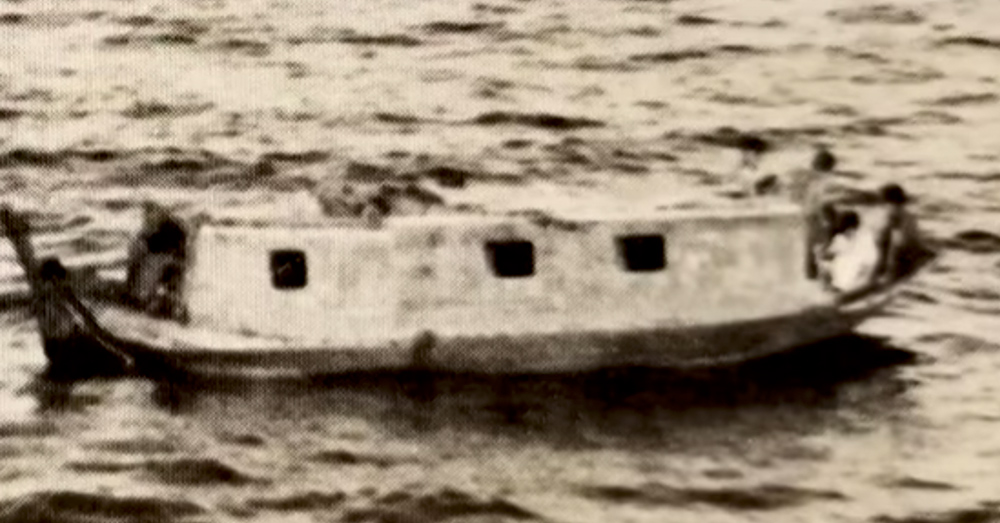 Source: YouTube/KING 5
In a rickety old ship, this family thought they could sail to the United States.

As you will see in this video, the United States Navy, in particular, the USS Ingersoll, and one Navy sailor, played an important role in this family’s story of escape and immigration to this country. And that is the meaning of this story.
Watching this video I was reminded of a quote from the philosopher, George Santayana, “Even in the midst of battle there is room for thoughts of love.”

In the midst of the hell that came to the people of South Vietnam after the fall to the North Vietnamese forces many stories of love were lived out in the dangerous attempts to escape. Many entire families endured profound dangers in pursuit of the freedoms and safety they so badly desired. 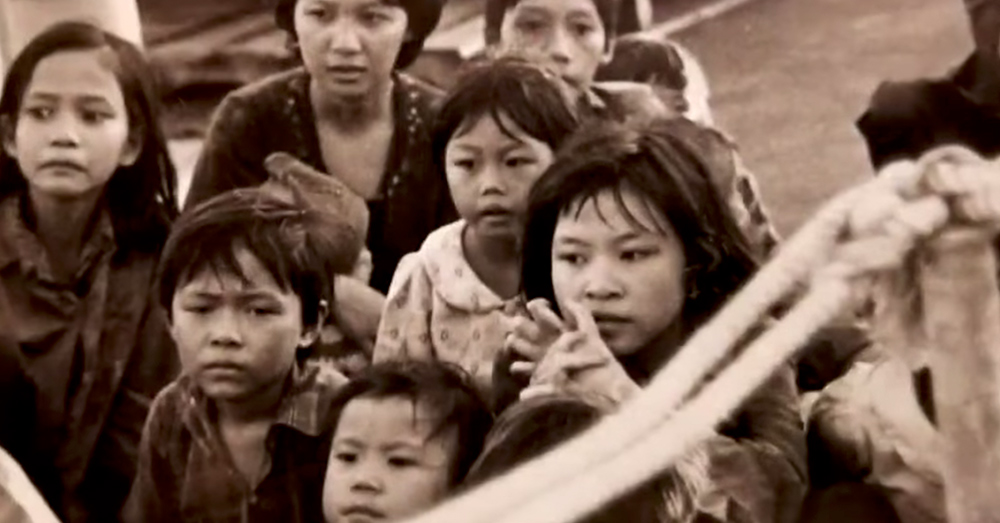 Source: YouTube/KING 5
Hundreds of thousands of Vietnamese were displaced after the war.

This video is about one of those Vietnamese families and about a U.S. Navy sailor who come together in that moment of desperation on the high seas off the coast of Vietnam now almost 5 decades ago. This family and others had been at sea for several days in their desperate attempt to reach freedom or to die trying. They had been passed and ignored by many ships already and were out of food and water by the time they were seen by crew members of the USS Ingersoll (DD-990).

When the father is asked in the video if he was certain at that moment that they were going to be safe, he says, “Yes. 100 percent sure.” 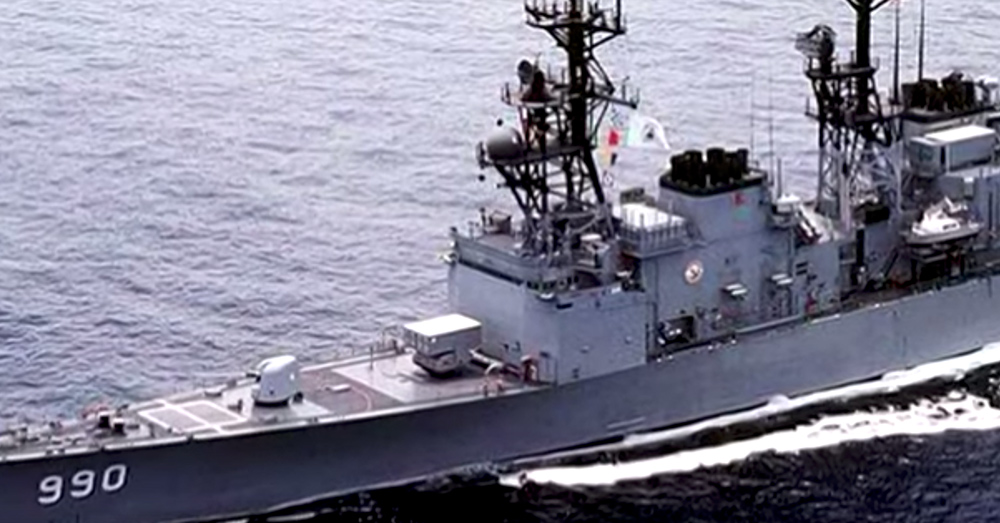 Source: YouTube/KING 5
Sailors aboard the USS Ingersoll spotted the family in their small boat.

Fast forward 50 years. The family had always wondered where one sailor who had been so kind and helpful to them on that day and for the days afterward might be in America.

Was he still alive?

They wanted to thank him, and in thanking him, to thank the crew of the U.S. Ingersoll for literally saving their lives that fateful day. After doing some searching for the U.S. Navy sailor, whose name they remembered, they came to the happy surprise that they lived in the same part of Washington State, not far from each other.

This video is about their joyful reunion at a local Vietnamese Restaurant. 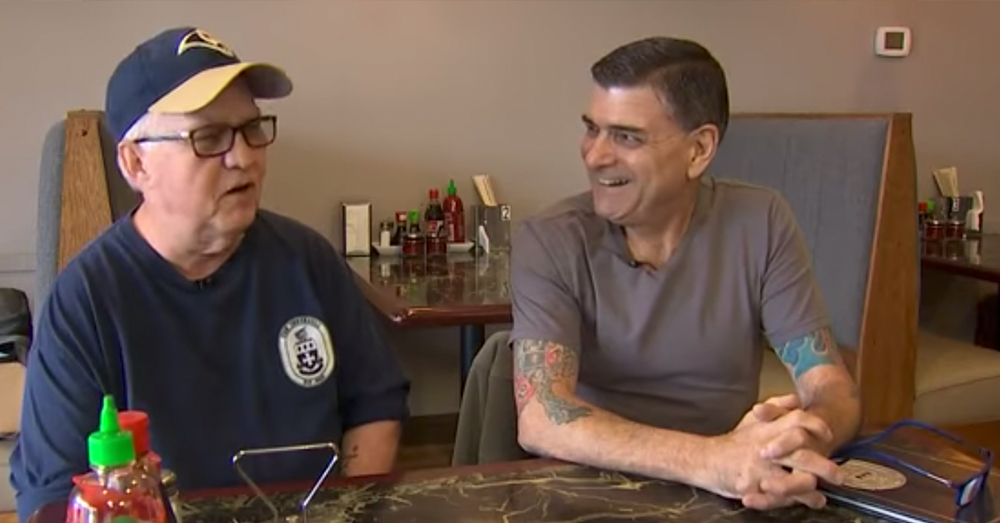 Source: YouTube/KING 5
These Navy sailors recall the time they found the family stranded in the ocean.

War often has a way of forming uncommon bonds. Here we see a great example of how single events arising in the midst of desperate moments can bring people together in ways that are antithetical to war. What happened on the high seas almost five decades ago between a desperate family and a U.S. Navy destroyer and its crew is one of those events. What this family and the USS Ingersoll and this one crewman experienced that day, was, in a strange way, an act of love.

While other ships ignored the rickety boat full of people fleeing from Vietnam, the USS Ingersoll (DD-990) responded out of humanitarian concern and made the ultimate difference in this family’s desperate attempt to be free. 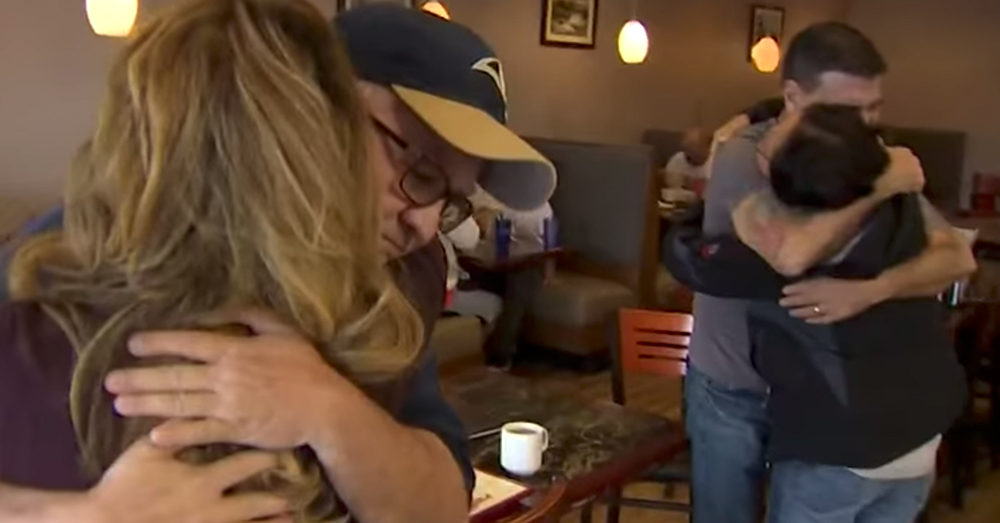 Source: YouTube/KING 5
A tearful reunion at a local Vietnamese restaurant.

We can be proud of the response of the USS Ingersoll and its crew. We can also be proud of this new American family that came here and became citizen contributing to the American dream. They know the meaning of freedom having escaped the horrors of oppression.

This family knows what freedom means in the deep, lived memories of their past.

The Veterans Site is thrilled that this family and this Navy veteran were able to reunite and to celebrate the bond that began in the dangerous and desperate days after the fall of Saigon and the end of the Vietnam War. This family is a great model of the strength and determination that immigrant families bring to the American story.

May the bond of friendship that was forged between this family and this Navy veteran in the frantic aftermath of that war so long ago carry on in the years to come.

Newly Minted Officer Leans In For Emotional First Salute: Click “Next” below!